A watershed moment for African philanthropy

New philanthropists in South Africa – A way to go

The African Grantmakers Network 3rd Biennial Assembly in July was significant because, for the first time, members covered approximately 65 per cent of the costs. The network had previously relied on external funding. That in itself speaks of a maturing sector and should be applauded.

We were also quick to respond to the criticism around our name and agreed to change it to African Philanthropy Network (APN). Some members viewed the term grantmakers as limiting, saying it excluded non-grant-making philanthropic organizations.

The assembly programme sought to balance affirmation of African philanthropy with discussion of the sticking issues of a rising continent’s growing indigenous philanthropy community, given the inherent social-justice contradictions to that growth.

The philanthropy community has every reason to celebrate milestones achieved. The majority of organizations that make up the network are mostly post-1990 formations and are still addressing internal questions of sustainability and focus.  Active players in the network have demonstrated that philanthropy in Africa takes various different forms from that of the global North.

African philanthropy is best summed up as ‘ubuntu’, which is translated as: ‘I am because you are’.   The primary focus of ubuntu-based giving/solidarity is on ensuring the wellbeing of the neighbour, rather than being based on one person having more resources to spare than a neighbour does. In many instances, this form of philanthropy is horizontal — it does not perpetuate power relations, but instead curtails power monopolies.

As an instrument of social reproduction, it is closely related to agency, which is very difficult to translate into a universal language, given its multiple manifestations in different countries, such as vuk’uzenzele in South Africa – which is sometimes translated as ‘wake up and do it for yourself’; harambee – pulling together, and ujamaa – equality and self-help. Celebrating these different practices is part of an affirmation of a civilization that otherwise continues to face a threat of subordination or immersion into Western forms of philanthropy. 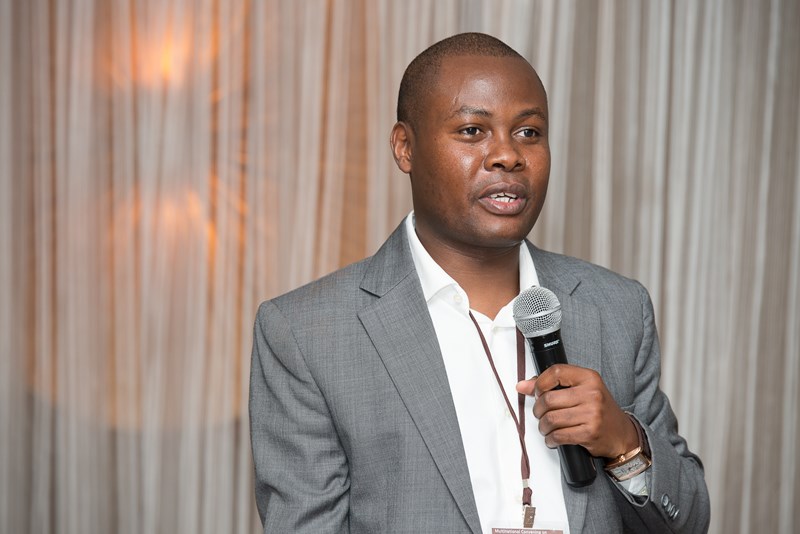 It will be necessary for us as a community to continue affirming African forms of giving and solidarity. Apart from that defensive, but necessary, posture of claiming Africa’s voice on philanthropy as a way of life, we have also seen a gratifying emergence of foundations that mimic those in the Global North and the rest of the world, suggesting that philanthropy is congealing into ‘glocal’ forms – the invigoration of localized processes by combining the local and global forms.[1].

Many people at the assembly spoke positively about how organizations such as the African Women’s Development Fund (AWDF) have helped sustain social justice and gender-equality causes across the continent by simplifying funding. Nobel Laureate Leyma Gbowee saluted some of the important work done by AWDF in helping start and sustain the women’s movement that eventually contributed towards overthrowing Charles Taylor in Liberia.  That alone is worth celebrating. We also celebrate the fact that Africans are now giving beyond the continent into global causes.

Two interrelated difficult conversations had to take place at the assembly: a self-examination and a debate over the contradictions in the ‘Africa rising’ rhetoric.  In examining ourselves, a fundamental question was how different the emerging African foundations are from their counterparts in the global North.  The question is more difficult, given their financial relationships and the ensuing power relations. Some non-foundation actors questioned whether African foundations are enabling or disabling social justice-focused NGOs and social movements by applying rigid conditions for funding.  Those participants said it is difficult to access funding from African foundations. Other participants also questioned who is responsible for naming and prioritizing problems – African philanthropy organizations, governments or donors?

At this stage of growth, the critique is necessary and should help practitioners in foundations reflect on how to renegotiate their role. Some questions raised are classic: they have been debated before and African foundations were supposed to be antidotes for some of these challenges, by granting resources to African institutions who could decide how to solve African problems.  The majority of African philanthropy organizations are still tied to global North foundations and are mostly responsible for re-granting, except for a few that were either founded by a high net-worth individual or corporation, or have managed to develop their own resources. Renegotiations on methodologies and approaches to address issues raised by African NGOs and social movements will require more collaborative and honest conversations with our counterparts in the global North. The APN should ultimately play the role of norm-making and myth-busting around funding conditions.

We also celebrated. Africans cannot gather without song and dance. Akwasi Aidoo, former executive director of Trust Africa was awarded the Philanthropy Award for his outstanding commitment towards the emergence of a vibrant community of philanthropy practitioners. Kagiso Trust from South Africa, which is expanding into East Africa, was named Philanthropy Institution of the Year, 2015.

The African philanthropy community is definitely going through a very exciting period with the anxiety of forging its own space and identity. Just like any growth process, the path is not clear and straight-forward but there is certainly a huge appetite to develop sufficient capacities and relationships for confronting the difficult conversations on resource mobilization, structural transformation and social justice issues. One thing is certain: we are not walking alone. We acknowledge the support from others outside the continent that have shown tremendous goodwill to see us succeed.

(Editor’s Note: This is part one of a two-part article based on the 3rd African Grantmakers Network Assembly in Arusha, Tanzania in July. The meeting was originally scheduled to be held in Accra, Ghana in 2014, but was cancelled due to concerns about the spread of Ebola. Watch the Alliance web site for part-two of the article, which will be published later this week)

What can foundations gain from constituent feedback? Responses to the June special feature