Philanthropy has changed a lot, but you don’t see how your own child grows

Our field has undergone profound shifts in the last 25 years amounting to a quiet revolution. Put crudely, international philanthropy a quarter-century ago reflected an ‘aid’ orthodoxy in which the rich bestowed their wealth upon the poor, whether such giving was taking place on an individual level or from ‘donor’ states to poorer countries.

Twenty-five years on, these norms have been upended and there is greater appreciation of the philanthropic contribution and potential of emerging economies. Philanthropic traditions of solidarity and mutual self-reliance – themselves with deep roots across the Global South – have resurfaced alongside a flowering of community philanthropy.

Philanthropic practice has also experienced profound change. There was no extensive internet and therefore no online giving when Alliance was born in 1996. Now online giving is growing at ten times the rate of other forms of giving allowing everyone to become a donor. Institutional philanthropy, too, has assumed new forms with the primacy of traditional philanthropic foundations being challenged, and some fear supplanted, by less transparent modes of giving through donor advised funds and limited liability companies. Forms of support for the social sector have broadened considerably and now include philanthropic engagement through social investment and impact investing. Foundations are also beginning to pay greater attention to how their assets are invested in global capital markets. When a climate funder invests its multibillion-dollar endowment in fossil fuel companies, for example, it can rightly expect scrutiny over how it squares the circle between its grants and investments.

Meanwhile, an increasingly sophisticated and better funded support ecosystem is helping philanthropy adapt to this new reality. A process of professionalisation is literally ‘lifting up philanthropy’ – to use the title of an initiative from infrastructure body WINGS – enabling our field to act more effectively, systematically and globally alongside governments, business and international institutions. 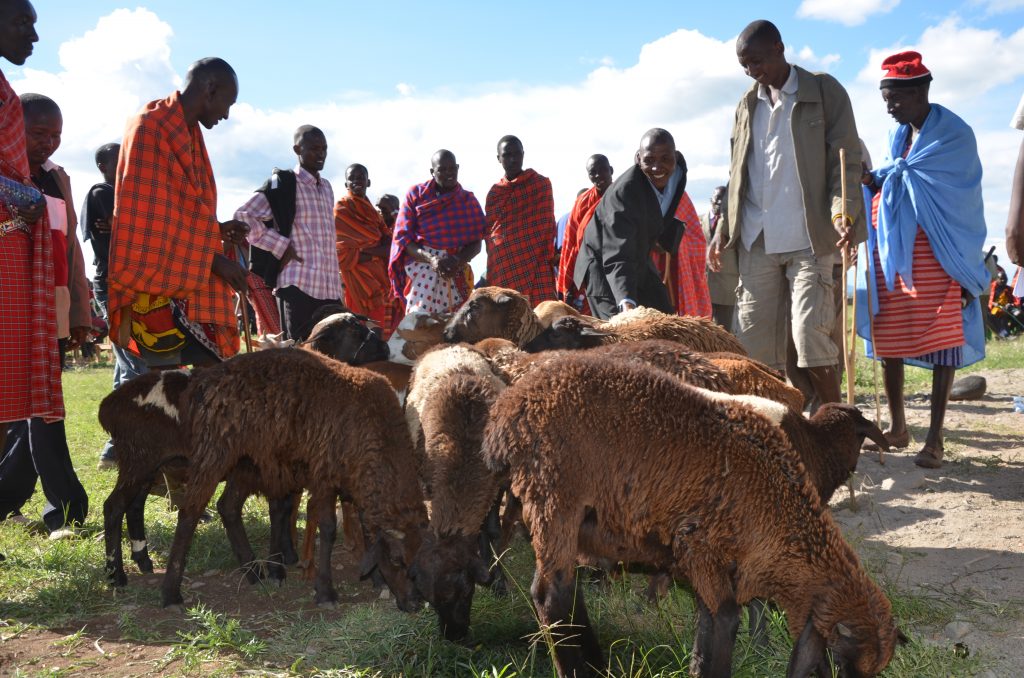 Take for example a new worldwide commitment to act on climate which was due to launch in September 2021 just months before the UN’s pivotal climate summit COP26. While climate funding remains woefully low at 2 per cent, key figures in the climate negotiations are highlighting philanthropy’s ‘incredibly influential’ role. In public health, Dr Tedros Adhanom Ghebreyesus, the director-general of the World Health Organization made similar observations about philanthropy’s far-reaching impact when he spoke exclusively to Alliance last year as the Covid pandemic escalated.

But while there is much to welcome and even celebrate in philanthropy’s coming of age, there are also good reasons to worry about the future, and whether philanthropy, as currently practised, is fit for the purpose of engaging with the most pressing issues of our time such as inequality and climate change. This article, and this special 100th issue of Alliance, focuses on what one could call ‘internal’ issues to philanthropy – issues related to the way philanthropy as a field has developed and might develop in future – rather than how it engages with pressing ‘external’ issues. It should go without saying that engaging with these issues is the whole point of philanthropy.

Parallel universes
Today, philanthropy has very different faces and finds itself pulled in different directions. In fact, we might go as far as to say that two parallel philanthropic universes have emerged which are likely to shape the future of philanthropy over the next 25 years.

Democratic universe
In one universe, the rise of community-based philanthropy, movements to shift power to grassroots, and technology-enabled movements like Giving Tuesday feel inherently more democratic – everyone participates on an equal footing and all kinds and levels of giving are respected equally. And when you add to that recent demands to diversify foundation boards, the growth of participatory grantmaking, an impetus for racial and gender justice and calls to ‘shift the power’ – though meaning different things to different people – an almost palpable egalitarian and democratic ferment can be felt pulsating through our sector.

Plutocratic universe
But in another universe, there are growing concentrations of wealth – and thus ever-deepening pools of philanthropic capital. The fact that there are five times more billionaires today than when Alliance was born 25 years ago should give us cause for reflection. Today’s picture of widening wealth inequality means that few would seriously claim that philanthropy in its totality is making our society more equal.

Instead, the universe of billionaires who account for an undeniably significant proportion of both total wealth and thus total philanthropy seems strangely at odds with our sector’s democratic uprising. Is philanthropy ultimately an elite pursuit or a democratic one? The army of professional advisers, wealth managers, and fixers employed by the ultra-wealthy can make philanthropy seem something that rich people do with varying degrees of sincerity, self-awareness and aptitude.

But intentions aside, there is no doubting the power and influence of major philanthropists. While there are notable exceptions, elite philanthropy is often about exercising power rather than giving it up. Such power may be used in benign ways but it’s hard to claim that philanthropy is both powerful and democratic at the same time.

The results of our anniversary survey seem to reinforce this conclusion. For example, while Bill Gates himself and his eponymous foundation were selected by a large proportion of Alliance readers as having the ‘most positive’ impact on society, a significant minority call into question the size, scope and even legitimacy of their work.

When a climate funder invests its multibillion-dollar endowment in fossil fuel companies, for example, it can rightly expect scrutiny over how it squares the circle between its grants and investments.

Some even go as far as to suggest that elite philanthropists are not a solution to but a symptom of today’s problems. This question is likely to divide opinion as the number of billionaires grows around the world.

The legitimacy of philanthropy is at stake – as many outside the sector look to billionaires as representative of much giving. Whether or not that’s fair, looking beyond the giving of ultra-wealthy individuals to also consider their low rate of taxes, the practices they employ at the companies that gave them their wealth, the origins of that wealth and the investment of their endowments in global capital markets in dubious sectors such as fossil fuels – via highly paid investment managers – raises questions that demand answers.

In the Global South, philanthropy should:

As well as addressing these views on the development of the field, editorial board members put forward a powerful vision for the purpose of philanthropy: to contribute to a new model of being human which includes a green new deal, basic income, compassion and harmony, and full space for local agency. Of each philanthropic action, the question should be asked: Is it making society more equal and more free, and is it helping the climate?

What’s in this issue? And what isn’t?
In this special issue, contributors highlight some of the key trends and developments over Alliance’s history. We hear from some of philanthropy’s most experienced and celebrated practitioners who reflect on what they know now, while a younger generation of philanthropists and practitioners share their hopes for the future.

The issue features the views of a remarkable group of 25-year-old philanthropy practitioners telling us what matters to them. It is striking that an urgent commitment to addressing climate change and more democratic philanthropy are central priorities. Those of us who are older would do well to listen. 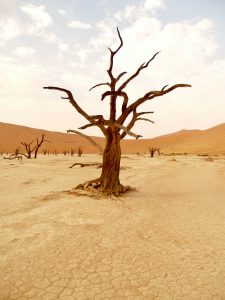 The issue also hears from our founders and founding board members – critical friends in all senses of the word. They look back at what’s been achieved and share their visions for the Alliance magazine of the future. Veteran figures offer sharply conflicting advice on our future editorial direction – a debate we’ll be inviting readers to join as we plan the next phase of our editorial development.

While this 100-page issue is packed with reflection and insight, we are also conscious of what we haven’t covered and who we haven’t included. The privilege we’ve had to exercise such choices is not one we take for granted and we have done our best to use it wisely. While we feel there is an imperative to focus on the legitimacy of elite philanthropy and wealth inequality as an outstanding issue for our field and climate change as the outstanding issue of our time, we are acutely aware that causes such as public health, peacebuilding, digitalisation of society, gender and racial justice – and many, many others besides – will continue to demand and receive the attention of Alliance editors in the years ahead.

None of this coverage would be possible without you, the community of Alliance readers, contributors and champions – indeed everybody in our sector who values the mirror we aim to hold up to our field. Thank you for making Alliance’s work not just necessary but also possible.

As the parallel universes of philanthropy come closer together, what gravitational pull will they apply to one another? It’s not just philanthropy’s reputation but its capacity for transformative change which will be at stake. It is our hope that the next 25 years will see a bending of the arc of philanthropy, in all its forms, towards justice.

Caroline Hartnell served as editor of Alliance from 1997 to 2015.
Email: carolinehartnell@gmail.com

Ingrid Srinath is founding director of the Centre for Social Impact and Philanthropy at Ashoka University, India, and member of Alliance’s editorial advisory board.
Email: ingrid.srinath@ashoka.edu.in
Twitter: @ingridsrinath