The Public Chamber – Russian third sector remains to be convinced

A charitable fund set up to benefit women and girls in the UK is using participatory grantmaking to allocate its Justice and Equality Fund.

When Rosa (UK) was asked to deliver a crowd-funded programme to address sexual harassment and abuse, we knew that how we made awards could be as important as what we funded. We used participative grantmaking approaches, both to design the programme and to make decisions on some grants. We found the process to be surprisingly straightforward and we learned a lot along the way. As well as funding some great projects, we think this approach contributes to movement building and a sense of shared endeavour and we will be doing more of it.

The Justice and Equality Fund (The JEF) 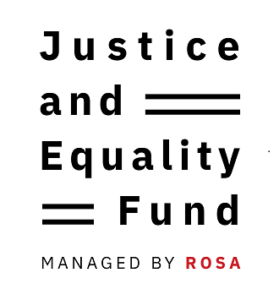 Early in 2018, as momentum gathered behind movements such as #metoo, Time’s Up, Ni Nunca Mas and the #lifeinleggings, a group of UK-based women from the entertainment industry came together to challenge the culture that permits people in positions of power to sexually harass and abuse others. Speaking from experiences of harassment and discrimination in theatre, film and TV, they wanted to put a spotlight on harassment and abuse and, crucially, they wanted to work alongside the activists and women’s organisations who had long campaigned on these issues. Rosa UK (the first and only UK-wide fund for women and girls, already making grants to organisations run by, for and with women) was the obvious choice to help. We were asked to set up and manage what became the Justice and Equality Fund (The JEF) and together we set up a crowdfunding site which, with the help of donations large and small, has so far raised £2.7 million. A large chunk of this came from donations by actor Emma Watson and Comic Relief, both of whom contributed £1 million.

Rosa’s over-arching vision is equality and justice for all women and girls in the UK and we see resourcing, supporting and connecting grassroots and specialist women’s organisations as key to achieving that

The JEF aims to bring an end to the culture of harassment, abuse and impunity, making work- and other places just, safe and equitable for all and ensuring that anyone who has been subjected to harassment and abuse, including sexual violence at work, is better able to access support and justice. These are big aspirations and, with a relatively small amount of funding, we needed to make some hard choices and take some creative approaches.

Co-designing the programme
The JEF emerged through collective action, with donors working alongside activists, women’s services and grantmakers, so it was a natural progression to involve those groups in the detail of programme design, through a steering group. We also brought in lawyers, HR specialists and trade unionists. We consulted with frontline services dealing with victims/survivors of harassment and abuse and we talked to groups campaigning for change from around the country. Unlike many collaborative initiatives, the process was relatively quick, from initial meeting to final, published programmes in under three months. We emerged from it with three elements: a straightforward call for enhanced provision for victims/survivors of harassment and abuse; a challenge fund to support activism, asking ‘what would you do to end sexual harassment?’ and a strategic communications programme resourcing and coordinating a network of key organisations working to ‘change the conversation’ on the culture of impunity.

Many of the grants we already make support women to lead change in their communities, so putting them in charge of the grantmaking too just makes sense to us. 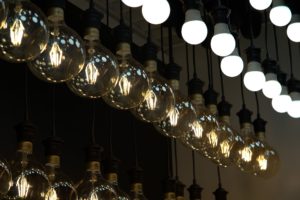 Taking participatory grantmaking one step further
Other women’s funds have been in the vanguard of participatory grantmaking, notably FRIDA (the Young Feminist Fund) and the Red Umbrella Fund. Rosa’s over-arching vision is equality and justice for all women and girls in the UK and we see resourcing, supporting and connecting grassroots and specialist women’s organisations as key to achieving that. Rosa involves ‘beneficiaries’ (former grantees) in all our grants panels but we took this a step further. For us, taking a participatory approach means we can model the sort of change we want to see. Many of the grants we already make support women to lead change in their communities, so putting them in charge of the grantmaking too just makes sense to us.

Rosa believed that seeing other applicants’ ideas could encourage collaboration and a sense of being part of a movement and would ‘raise the bar’ as applicants got the chance to see what they were up against.

We had long been aware of other women’s funds taking this approach and had recently been inspired by Poland’s Fem Fund who were generous in sharing their experience. Interestingly, the idea of devolving some Fund decision-making to applicant organisations was not an immediate hit with members of the steering group, including several of the women’s organisations. Concerns expressed mirrored those which applicants themselves would raise later: would the process be fair? Would some groups be discriminated against? Would bigger organisations be at an advantage? Would the climate of competition over funding negatively affect organisations’ judgements? Rosa believed that seeing other applicants’ ideas could encourage collaboration and a sense of being part of a movement and would ‘raise the bar’ as applicants got the chance to see what they were up against. We highlighted that, as the UK’s women’s fund, Rosa was committed to challenging conventional power structures; delegating decision-making reflected the values of both Rosa and the JEF. We acknowledged the risks, but thought they could be mitigated or managed and so we agreed to use participatory grantmaking (PGM) for the small grants challenge fund. 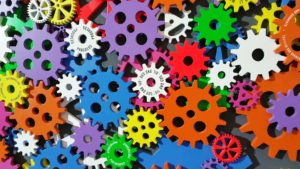 Rosa created a custom built mechanism to review and score video applications for grants up to £25,000.

The process in detail
Rosa had already pioneered video applications in 2016 through our annual Voices from the Frontline grants programme. Applicants to the JEF were asked to submit a three-minute video along with basic information and a budget, for grants of up to £25,000. Roughly one quarter of applications were screened out at short-listing – either because the organisation wasn’t eligible, or the work wasn’t sexual harassment-focused. Forty-four applications went through to the PGM stage where applicants were asked to view five, randomly selected videos. Every video was reviewed and scored by five other organisations. We used a custom-built mechanism which enabled us to assign videos in different clusters, so each applicant got an entirely unique cluster of five different videos to review. No video was judged in the same cluster twice, avoiding the potential for a video to be disadvantaged by always being compared with the same very strong application. Organisations were asked to score their favourite video as 1 and their least favourite as 5. They also gave a brief explanation about their scoring decision. We allocated 80 per cent of the budget to the best scoring, funding 11 applications. Twenty per cent of the budget was retained to address any gaps in the portfolio or to support work the grants panel[1] thought was of particular value or interest. The panel recommended a further four applications for funding

Participatory grantmaking made a tangible difference to our decision-making, it wasn’t just a cosmetic exercise.

What we learned
PGM produced a different set of 15 awards to that likely to have emerged using a more conventional approach. Most applications that Rosa staff identified as strong received a grant (although four of those were picked by the panel) and none of those thought weaker were funded. However, there were two or three applications that did well through the PGM process that might not otherwise have succeeded. (It is difficult to draw conclusions from such a small sample but if there was a trend, it was away from more professionally-led applications, toward smaller, community-based groups.) In other words, PGM made a tangible difference to our decision-making, it wasn’t just a cosmetic exercise.

While PGM took more administrative time – getting videos out and reviews back was time-consuming – we saved on assessment time and, overall, we think using PGM was cost neutral.

When deciding which applications to support with the final 20 per cent of the budget, the grants panel reviewed the comments made by organisations during the PGM process. In one instance, the comments revealed an underlying bias against an application which the individual reviewing organisations may not even have been aware of. This enabled the panel to spot the bias, redress the situation and award a grant to a strong proposal. This reinforced our confidence that retaining 20 per cent of the budget for panel decision is necessary and can help ensure fairness as well as address gaps. It also reinforced the value of getting comments, as well as scores, from reviewing organisations.

Our applicants liked it too (mostly)
We asked applicants to take an anonymous survey about their experience of the PGM process. Thirty-one out of 44 organisations responded. The feedback was thoughtful and largely positive:

A number raised concerns about their own, and others’, impartiality when competition for funding was involved. Concern was also expressed that some issues were more ‘popular’, while others might struggle to be prioritised. Next time we use PGM, we will give more detail about the process (random nature of application allocation, not always being compared to the same other applications, etc) to allay some of those concerns.

And finally, as one respondent put it, the PGM process ‘makes you realise how difficult it is for funders to make a decision.’

It's Ni Una Mas, not Ni Nunca Mas. Please double-check things that are in other languages :) Thanks.

Excellent reporting on an excellent Fund approach. Re: "Concerns expressed mirrored those which applicants themselves would raise later: would the process be fair? Would some groups be discriminated against? Would bigger organisations be at an advantage? Would the climate of competition over funding negatively affect organisations’ judgements?" --- I love these questions. In the research we did for GrantCraft on participatory grantmaking and the numerous offshoot conversations I've been a part of, this is the heart of why participatory grantmaking is a smart approach. It necessitates grappling with tough questions that emerge by way of building/implementing the process, tough questions that 'traditional' grantmaking is able to more easily avoid, or to acknowledge but move past more simply. Unfortunately, there is such burden of proof that is placed on less standard philanthropic practices like participatory grantmaking by 'the field' that participants and host funds alike may feel a need to have fully resolved all of these questions. Full resolution would be both artificial and preventative to moving forward; active discourse however will propel these efforts forward in smarter ways than ever before.

Reforming CAP: funders collaborating to change the future of food and agriculture in Europe