On 23 June 2016, the UK holds a referendum on whether to remain in or leave the European Union (EU). The question has split opinion with an average of the latest polls by Opinium, ICM and YouGov showing 50 per cent for remaining and 50 per cent for leaving[1]. What effect will the issue have on British foundations? Though, in common with other charities, they are generally prevented from taking sides on what is a political question, there will be implications for their work whichever way the vote goes. Alliance asked a sample of British foundations what consequences they foresaw.

The consequences of a victory for the Leave campaign are not possible to predict with any certainty, but my personal belief is that many British foundations would be concerned on three fronts: 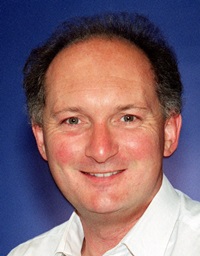 If it prompted a second referendum in Scotland which went in favour of independence, foundations with a remit to fund only in the UK would have to decide whether to cease funding in Scotland. This would be an unwelcome step, as the work of several of our trusts with Scottish charities in the cultural and welfare sectors has been a notable success.

If the UK positioned itself outside Europe, further collaboration and shared learning with EU foundations would be inhibited. Taking concerted action alongside European colleagues on issues such as climate change comes more easily within the EU. Some of our trusts have found this be the case, for instance, when seeking to develop a common strategy in Europe for divesting our investment portfolios of oil and gas companies. We would not want to break the strong links which we have put considerable effort into forging.

If there were prolonged uncertainty leading to economic decline and stock market weakness, the capital values of foundations’ endowment portfolios would be likely to suffer, diminishing their ability to maintain their levels of charitable giving and reducing their impact.

UK law prohibits charities from campaigning on political issues, unless the outcome will have a clear impact on their mission. So the Barrow Cadbury Trust has not taken a stance on the EU referendum itself. It has focussed instead on analysing people’s concerns, ensuring voters have access to relevant facts, and encouraging civic engagement. 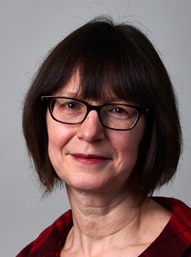 We have funded research to understand voters’ concerns, notably a follow-up to the Hope Not Hate analysis of attitudes to migration. This presciently identified perceived cultural and economic threats from new migrants as key concerns: precisely the issues which dominate the debate. We support Full Fact, a charity that provides real-time fact checking of statements in the media and by politicians. We have a long history of grant-funding organizations such as Operation Black Vote and Bite the Ballot that promote civic engagement and democratic participation, particularly among those who traditionally have been less likely to vote such as ethnic minority voters and young people.

Whether the outcome is Leave or Remain, all the indications are that it will be a close race. If that proves to be the case, arguments about mandate are likely to ensue, and heated debates about the best way to proceed will dominate the political sphere. As foundations, we have an interest and a stake in ensuring a healthy civil society. This means doing what we can to enable an inclusive public debate, in which the voices of those furthest from power are heard. We will continue to look at how we can promote civic engagement, and how we can use our resources to strengthen the hand of those who want to change their communities for the better. We will continue to design equality and integration into all our work, and to increase enfranchisement.

We have a history of working in partnership with other European foundations. This will not change, irrespective of the outcome of the referendum.

The Joseph Rowntree Charitable Trust (JRCT) does not take a policy position about the European Union or UK membership of it, but given our concern for transnational issues such as human rights, sustainability, equality and peace, we feel it is important to support civil society to inform, discuss and challenge decisions made at the EU level as well as nationally. In both the UK and the EU, we have also funded work that encourages greater democratic accountability and guards against the corporate capture of decision-making. In relation to the referendum itself, we have funded a small number of groups to foster open and informed debate. Better debate is certainly needed, as it feels that the campaign to date is mainly being waged through competing assertions by various talking heads.

‘A vote to remain would certainly be an opportunity to return to the question of what sort of European society we wish to build, and how European institutions can best serve the needs of all European citizens.’ 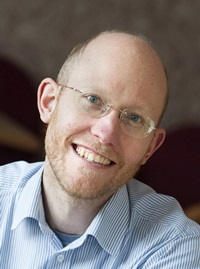 A vote to leave would inevitably spark a period of great uncertainty in the fields in which we work. There might be both risks and opportunities, and potentially questions of the accountability of the exit negotiations and process itself. Those UK foundations, including JRCT, that fund elsewhere in Europe would need to reflect on our priorities, even if we do not change them. Funders like JRCT who support work in Wales, Scotland and Northern Ireland will also need to be sensitive to the particular ramifications in each context. Although less dramatic, a vote to remain may also have consequences for UK foundations. As we have seen with the referendum on Scottish independence, even a vote for the status quo can have significant social and political implications. Whether the result is close or decisive will also influence the tone of future policy debate. A vote to remain would certainly be an opportunity to return to the question of what sort of European society we wish to build, and how European institutions can best serve the needs of all European citizens.

‘The announcement of the referendum has already led to a period of uncertainty in government.’ 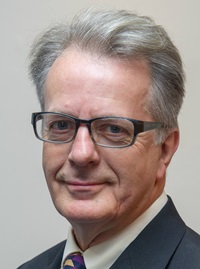 At this point little is clear. What we do know is that the announcement of the referendum has already led to a period of uncertainty in government and other decision-making forums. Should the decision be to leave, the extensive and far-reaching implications are likely to ensure a further extended period of uncertainty affecting the context within which foundations operate, with some possible additional implications for further devolution within the UK. Beyond that, the huge diversity of foundations across the UK and of the causes they support makes any concise assessment of the implications of the referendum outcome impractical at present.

Coming up: views from across Europe

Alliance coverage of the issues continues with views on the UK-EU referendum from the European Foundation Centre AGA in Amsterdam on 26-28 May. If you’re a European foundation and want to share your view, drop us a line holly@alliancemagazine.org