On 19 and 20 September, more than 80 community foundation practitioners and researchers met for a conference in Bratislava, Slovakia. Organized by the community foundation associations from the four Visegrad countries (Slovakia, Poland, Hungary, Czech Republic), its purpose was to celebrate the 20th anniversary of the Banská  Bystrica Healthy City Community Foundation and two decades of community foundations in Central and Eastern Europe. 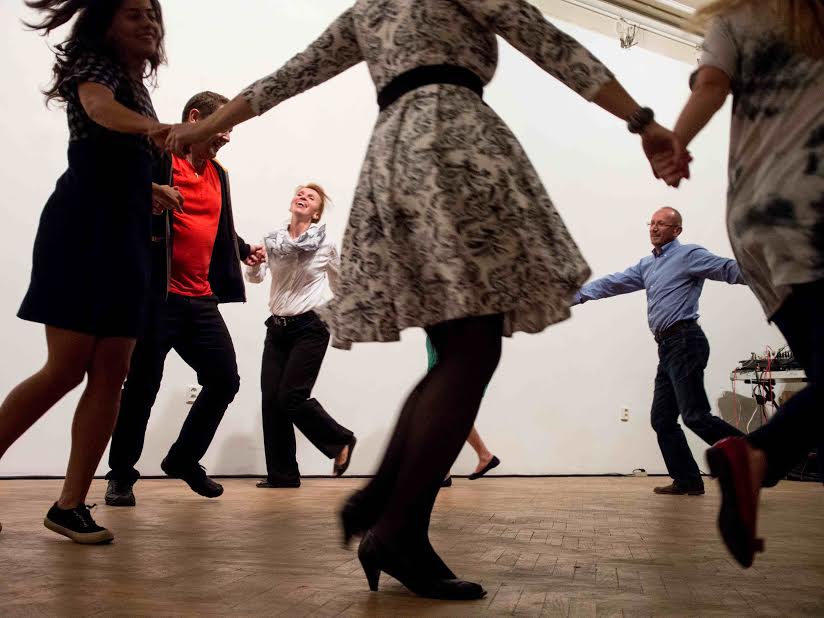 In the 20 years since the first community foundation was established in Central and Eastern Europe, more than 40 have grown up in the Visegrad countries alone. Taking account of numbers reported by different sources in the wider region (Croatia (2), Romania (12), Bulgaria (7), Bosnia and Herzegovina (1), Serbia (2), Latvia (5), Ukraine (21), Russia (43) and Turkey (1)), we arrive at a total number of around 135.

The beginnings in Banská Bystrica

He and his colleagues wanted to improve life in the city through a local foundation. The resultant Banská Bystrica Healthy City Community Foundation was not a copy-and-paste version of the Cleveland Foundation or the ‘US model’, stressing the financial dimensions and endowment building. What appealed to the people of Banská Bystrica was a blend of inspiration from the US, which embraces individual initiative for the common good, with the idea of an institution that consciously develops along several dimensions, including local fundraising and endowment development. The local leaders of Banská Bystrica recognized that this effort meant a deeper cultural change in the relationships between citizens and the state and market in Slovakia and that it would be a long-term endeavour.

The transformation of economies in post-communist Central and Eastern Europe had decimated the middle class, which was already damaged by 40 years of totalitarian rule, with severe social consequences. People in the region wanted stability, higher economic growth and a ‘better future’. It was a period of high hopes and big disappointments.

The problems were considerable, and sophisticated philanthropic initiatives seemed premature in societies that were newly restructured. It was a leap of faith. The efforts of Banská Bystrica and other community foundation pioneers were not brief flowerings that withered quickly away; they created lasting structures for citizen engagement that produced a new experience in the new space that was vacant. Looking at that space in retrospect, it was important that it should be populated by private initiatives with a civic ethos and institutional vision rather than left abandoned and eventually populated by groups reviving various regressive nationalistic, xenophobic and other uncivic sentiments. This happened anyway, but institutions such as community foundations were at least playing a larger role in their communities.

Growth of community foundations in the region

Today, we can see that the space addressing the needs of the growing middle class was also populated by other public sector initiatives (local government grew stronger over time), while many other private initiatives have emerged. Community foundations are only one of many actors, yet they are a very specific, sophisticated and needed one.

The environment in which they grew was not particularly hospitable. The external support that was available in the early years was crucial, therefore, and in most part allowed for capacity development. But it was known that external support could not last long and that these new institutions would have to lean on domestic resources. The energy of the people behind these initiatives and the existence of support structures fuelled their proliferation in many countries of the region. Soon after 1994, community foundations started to appear in other countries – Russia, the Czech Republic, Poland, the Baltic countries and the Balkans. The growth accelerated around the turn of the millennium and it continues today. In Romania, for example, the first two community foundations were founded in 2008. Today there are 12. 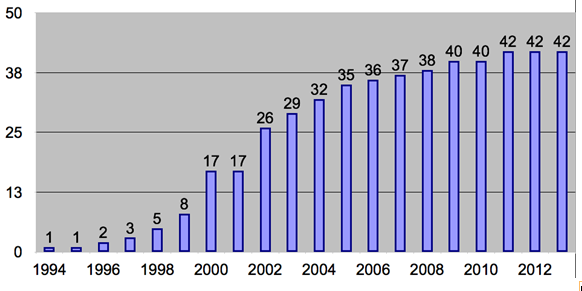 Source Academy for the Development of Philanthropy in Poland

The growth of community foundations can be attributed to a mix of factors, including: the crisis of the welfare state and painful recognition of the limitations of paternalistic government, which had shrunk or almost collapsed in some countries; a newly emerged civic self-consciousness; and energy to build something new on the debris of the totalitarian experience.

The growth potential was not limited to post-communist Central and Eastern Europe. Germany, a country unified in 1991, also located in Mitteleuropa, saw its first community foundation established in 1996; today there are 275. And this is just the tip of the iceberg of civic organizing at a community level. Though their number is somewhat lower in the former east Germany than in the west, this rapid and dynamic growth is unique in Europe. While community foundations in Germany and in the post-communist countries of Central and Eastern Europe cannot simply be grouped together, owing to significant differences in the levels of socioeconomic development, it makes sense to reflect on this period of growth that is common to both, especially when looking to the future.

Several observations can be made. There has been a gradual slowing of the tempo of growth in the Visegrad countries. The role of support organizations (member-based or otherwise) is crucial in spreading the community foundation concept. Most community foundations display a strong emphasis on civic engagement through local grantmaking and the encouragement of local philanthropy. Endowments are not the key sources of income, nor the key performance indicator of community foundations in the region.

As the conference participants recognized, there are challenges ahead. One arises from the diversity of models of community foundation in Europe and the need to build bridges between these different experiences in order to gain a stronger voice and identity. Another is the need for community foundations to take a leadership role in addressing sensitive issues in the community.

Yet another is sustainability. The financial crisis affected the economic situation of community foundations and many are struggling to find the right business model while maintaining resource diversity.

Last but not least of our challenges is solidarity. The fact that community foundations are focused on local development should not preclude them from thinking globally – about issues such as the global development agenda or the defence of human rights and democracy. It is important to reach beyond the boundaries of community. For example, a letter from the participants of the Bratislava conference addressed to German community foundations meeting at the same time in Heilbronn, Germany, drew attention to the hottest issue in Eastern Europe today:

‘… none of us lives and operates in a vacuum. We all are interdependent, we all had times in our lives when we benefited from the assistance of organizations and people from outside. In our regions our thoughts today are in particular with our colleagues from 21 established and more emerging community foundations in war-torn Ukraine. We believe … community foundations have major potential to play an important role in strengthening civil society and democratic participation in Ukraine. We invite you to think with us about strategies and practical steps for how we could jointly assist the people and communities of Ukraine in their admirable struggle for freedom, independence and a European future.’

Challenges notwithstanding, the presence of these institutions, along with other community-based, philanthropy-practising initiatives and individuals in Central and Eastern Europe, reminds us of the universality and the power of the ideas that drive people to do something for the common good.

Boris Strečanský is senior expert of the Centre for Philanthropy, Slovakia. Email strecansky@changenet.sk