Growing ambition in a shrinking space: Hungary’s community foundations after the election

Hungary’s general elections in April gave (once again) a constitutional majority to the ruling coalition government and a green light to pursue policies which include the demonisation, discrimination and harassment of NGOs. This has been well documented by the international press and its goal was made clear in the first post-election statement of the winning parties: organisations meddling in politics must be closed down! For Hungarian NGOs, it is reminiscent of how the communists approached their enemies: those not with us are against us. This sounds like a textbook example of shrinking space for civil society. And indeed, it is increasingly difficult for NGOs to carry out their work. However, it is not impossible! There is unexpected depth and richness to this picture, and the nation’s newly emerging community foundations are playing a vital role. 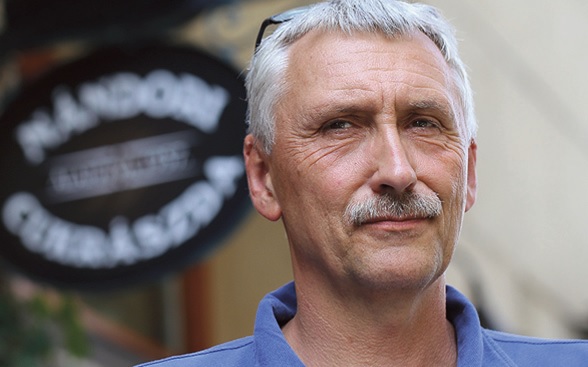 My bubble
I live in Ferencváros, one of the central districts of Budapest. One of the shops in my street is run by a middle-aged man born in Lebanon. Opposite is a Persian restaurant, where the owner’s father frequently sits on the terrace. I often hear these two people speak in Hungarian over coffee and I am proud of my community that it has offered a new home for them. In the other direction is a cake shop, whose owner is a fearless supporter of any (yes, any) activity that makes our neighbourhood stronger, safer and more people-friendly. I can tell you next to nothing about his political views. The election results show that this district is as divided politically as any in Hungary, yet we have many people like the cake shop owner who do a lot to create a better community, from leaving their party political views at the door to investing their own time.

Therefore, only outsiders are surprised that Ferencváros Community Foundation has enjoyed robust local support. As of last year, it raised €80,000 from the local community and another €13,000 from outside sources, and spent more than €50,000 supporting projects that did everything from tackling homelessness, to bringing films about multiculturalism to secondary schools. 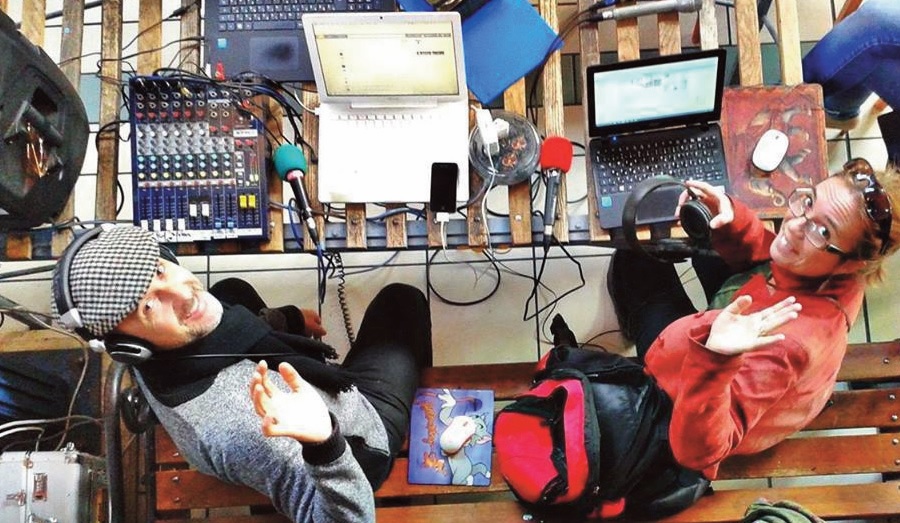 Radio Ráday, the popup radio station of the foundation.

In addition, it initiated a project, funded by the Global Fund for Community Foundations, to learn about migrants, our new neighbours and to support their participation in community life when many in Hungary see migration as the single biggest threat to the country and society.

Other bubbles
For anyone who knows Hungary, the city of Miskolc seems one of the most unlikely places to have a community foundation. This centre of industry during the Communist era now has large areas of deprivation and has seen a sharp fall in population since the 1990s. But a group of local people established the Térerő Community Foundation in Our City (Miskolc) because they saw potential in local people’s desire to work together to improve their city. They saw interest from recently established businesses and found the local government open to cooperation.

With huge amounts of voluntary work and backing from several committed business owners, the foundation has quickly become integral to the city’s life: the public meetings, events and conferences are important, vibrant gatherings not only for representatives of NGOs, but for businesses, political bodies and the public, none of whom want to be left out of this exciting ‘new thing’. 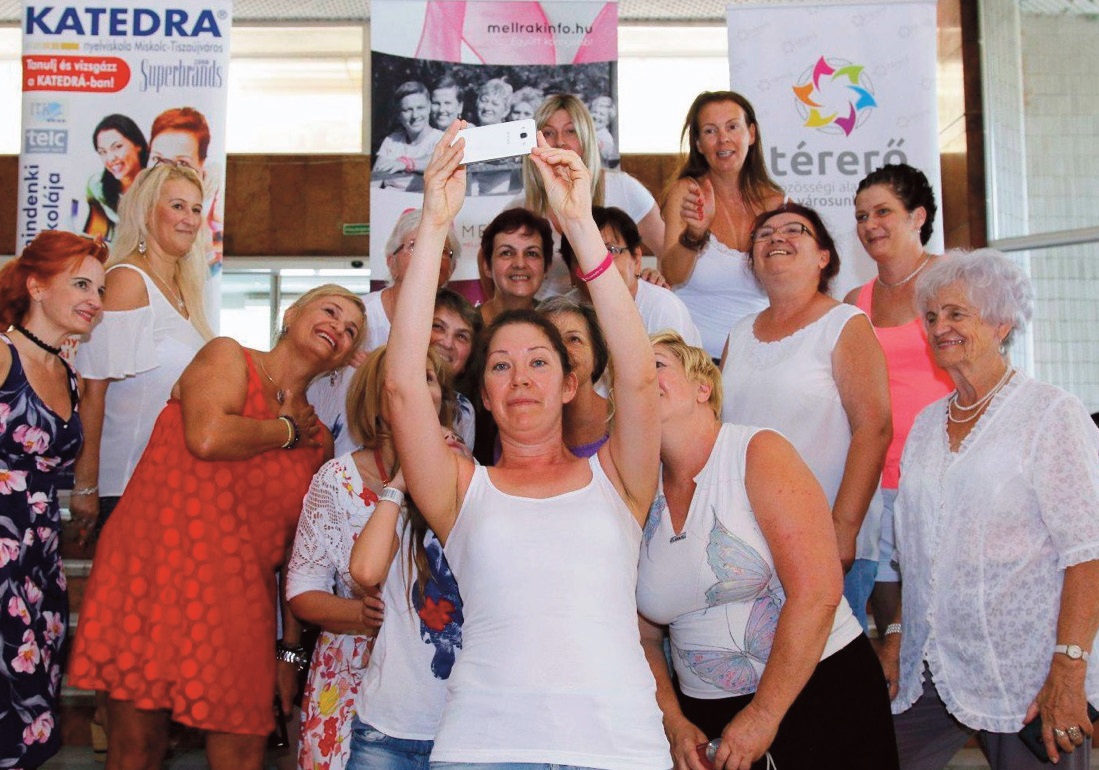 Community members are walking the talk, too: from money raised locally, the foundation has already funded a number of projects including the County Breast Cancer Association and the ‘Urban Walks’ project that introduces the history and famous places of Miskolc to inhabitants through popular guided walks. In addition to its heavy focus on local work, Miskolc has involved itself with international cooperation in a big way: the Foundation participated in the European Community Foundation Initiative’s Cardiff Conference and key members visited the Odorheiu Secuiesc Community Foundation in Romania on a study visit, to learn about charitable sport competition.

The city of Pécs is very different: it does not have a strong and growing business community, but is considered one of the most cultured, educated and ‘arty’ cities in the country.

But like Miskolc, it too suffers from industrial decline (mining) and a huge loss of population.

The biggest similarity, however, is in the enthusiasm of those who have stayed: many of them are committed to making the city a better place to live. A dozen people saw in the community foundation concept a good vehicle to make this happen. They registered the Pécs Community Foundation in 2016 and spent a year raising funds.

In 2017, the foundation’s major undertaking was to support nine projects from the Neighbourhood Fund ‘to turn neighbours into cohesive communities’. One project supports poor Roma women to become tourist guides, another will see a basketball championship between neighbourhoods organised by young people, and a third will renovate children playgrounds and organise a special march to connect different neighbourhoods in the city. 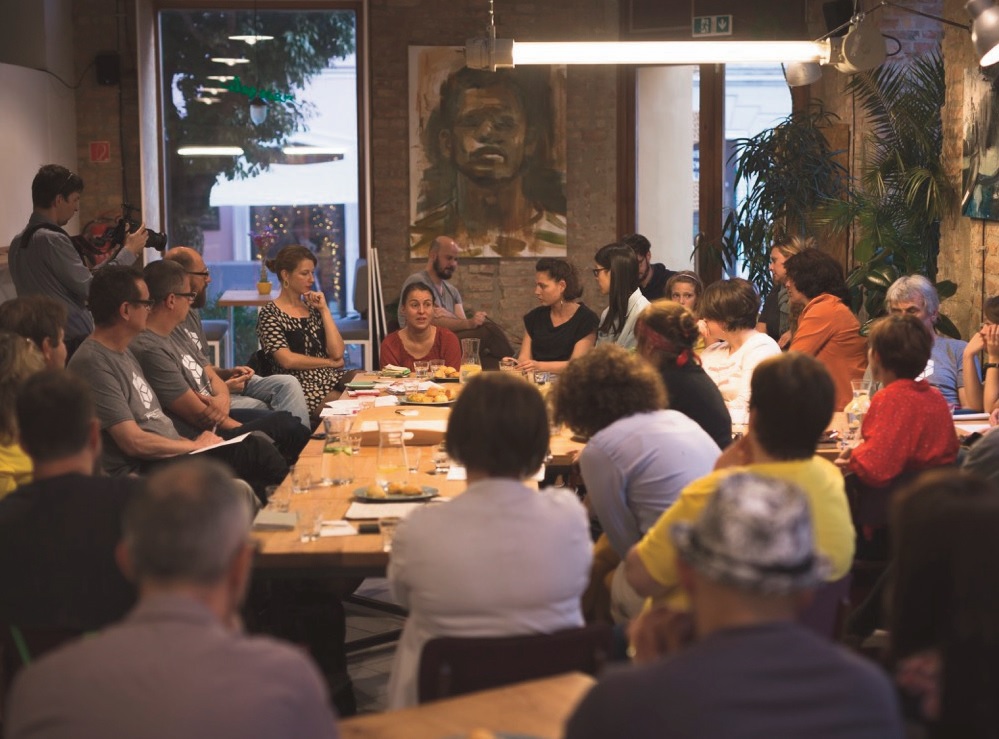 Trustees of the foundation are ‘companions’ of the supported projects, which lets them both learn more about the life and issues of communities and to see what additional support they can mobilise. One idea is to organise a Neighbourhood Academy in mid-2018 to bring people from different neighbourhoods together and share best practice in civic engagement.

Making one big bubble?
While these descriptions do not capture all the variety of community foundations’ work in Hungary, they give a sense of some of the ingredients that are needed to get a local initiative off the ground, even in a hostile environment. To me, these are the key requirements:

For sure, the stories related above do not fully bring out the struggle and setbacks that NGOs have experienced: not only the growing suspicion created by the central government, but also the increasingly difficult regulatory framework, the need to navigate between the organisation’s stated values and what is possible, and even the threats to close down organisations. And every young organisation with ambitious plans and limited resources will experience internal challenges, too.

But we can also see these realities as drivers for community foundations to push even harder to reach out to the ‘undecided middle’, to work with the local elite, including open-minded councillors and public figures, on issues affecting the community to ensure legitimacy and transparency, and to question and reinterpret their own mission, intentions and strategy regularly.

Only time will tell whether the result of working in this shrinking space is the building of a new, more resilient type of organisation – or whether we are pursuing a dead end.

The currency of the day: pride, growing confidence and capacity to change the world
From our perspective at the Roots & Wings Foundation (R&WF), the organisation that runs the Community Foundation Support Programme (CFSP), nothing can be more encouraging than seeing the development of these foundations. The wholehearted support and solidarity from our colleagues around the world is equally motivating. As part of our strategic thinking process in 2017, we approached a dozen colleagues from around the world, including South Africa, Poland and Japan to discuss the state of the world, shrinking space and new opportunities for philanthropy and civil society to address our challenges. We have also reflected on recent publications on the development of Russian community foundations[1], on resilient funding by the Global Greengrants Fund[2] and on coping with the shrinking space[3] 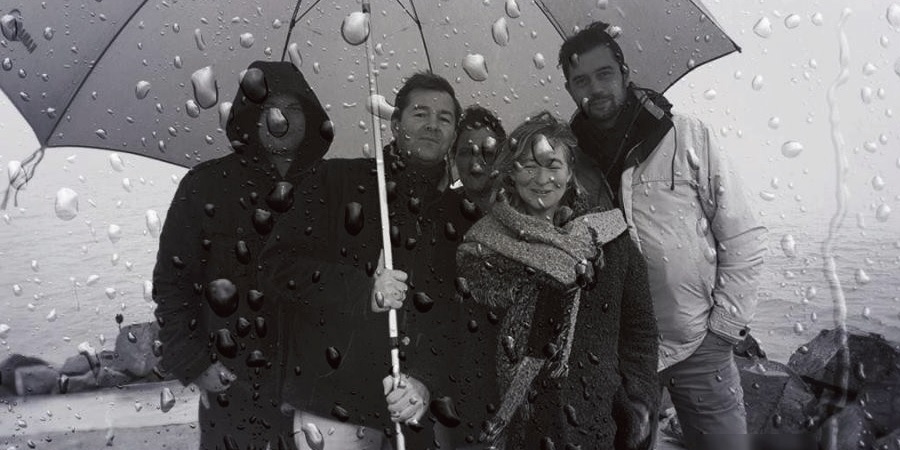 Since the beginning, we have had the most unlikely bunch of funders: a Scandinavian government, a US private foundation, a venture philanthropist, a Polish NGO, European private foundations and a great many individuals from Hungary and across the globe. What is common to each is that they give us their trust, perspective on the world and time and space to reflect and act while not letting us take our eyes off the big-picture goals – as described in a recent GrantCraft publication[4], on how best support community philanthropy.
We are not blind, and nor does our enthusiasm impair our vision: in Hungary we feel our civic space shrinking daily and this affects every organisation, in and beyond Hungary, involved in supporting our community foundations.

But while cautious, we are trying to be strategic and forward-looking, and to concentrate on the next great question: how we can tap into the creative energies of local communities and find and nurture new groups of people who will become the founders, trustees and volunteers of the next generation of community foundations. Today, 400,000 Hungarians enjoy the benefits of value-driven, locally-rooted community foundations. It is our ambition that by 2022, that number will reach one million.

Tamás Scsaurszki is the chair of the board of the Roots & Wings Foundation, a support organisation for community philanthropy in Hungary
Email scsaurszki.tamas@gy-sz.hu

How we grew a field: The Rothschild Foundation and the development of Jewish Studies in Europe