Keep on, keeping on: resilient philanthropy in Turkey

Where are the limits of donor accountability?

Resilience is a popular term these days; explored in classrooms with children, in camps with refugees, and with executives in corporations. The search for the perfect recipe continues.

Dr Lester Salamon, an expert on civil society described non-profits in America as the ‘The Resilient Sector’. 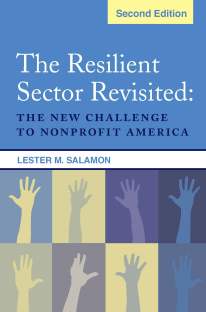 Over the past 5-10 years, the non-profit sector in many countries has been facing significant political, economic and social challenges.

Whilst there tends to be much written on shrinking spaces and challenges, there appears to be less written about the efforts and stories of the people and groups which ‘keep on, keeping on’.

When I engage with donors, foundations, NGOs, and the community at large in my role as Director of a family fund in Turkey, the term ‘resilient philanthropy’ comes to mind.

Time and time again, I am inspired by the innovation, agility and determination I observe in the sector. The following developments in individual and institutional giving are examples of this resilience of philanthropy and civil society in Turkey.

Broader base for giving
The past few years have been particularly transformative for individual giving, as more people have been looking for ways to give easily and effectively.

The emergence of new vehicles and platforms is just one example of a ‘hummingbird effect‘, in which innovations in one field end up triggering changes that seem to belong to a different domain altogether. The rapid increase of internet penetration in Turkey (18 per cent of the near 80 million population in 2006 verses 58 per cent in 2016) mobile phone and social media use have had a catalytic effect on the expansion of individual giving.

Technology and innovation is critical for ease of donations, and  engaging first-time donors and thus increasing the base of support for civil society:

A.) The Adim Adim initiative, Step by Step, is a charity running group whose two founders – and Ashoka Fellows – were finalists for the Olga Alexeeva Memorial Prize in 2014. 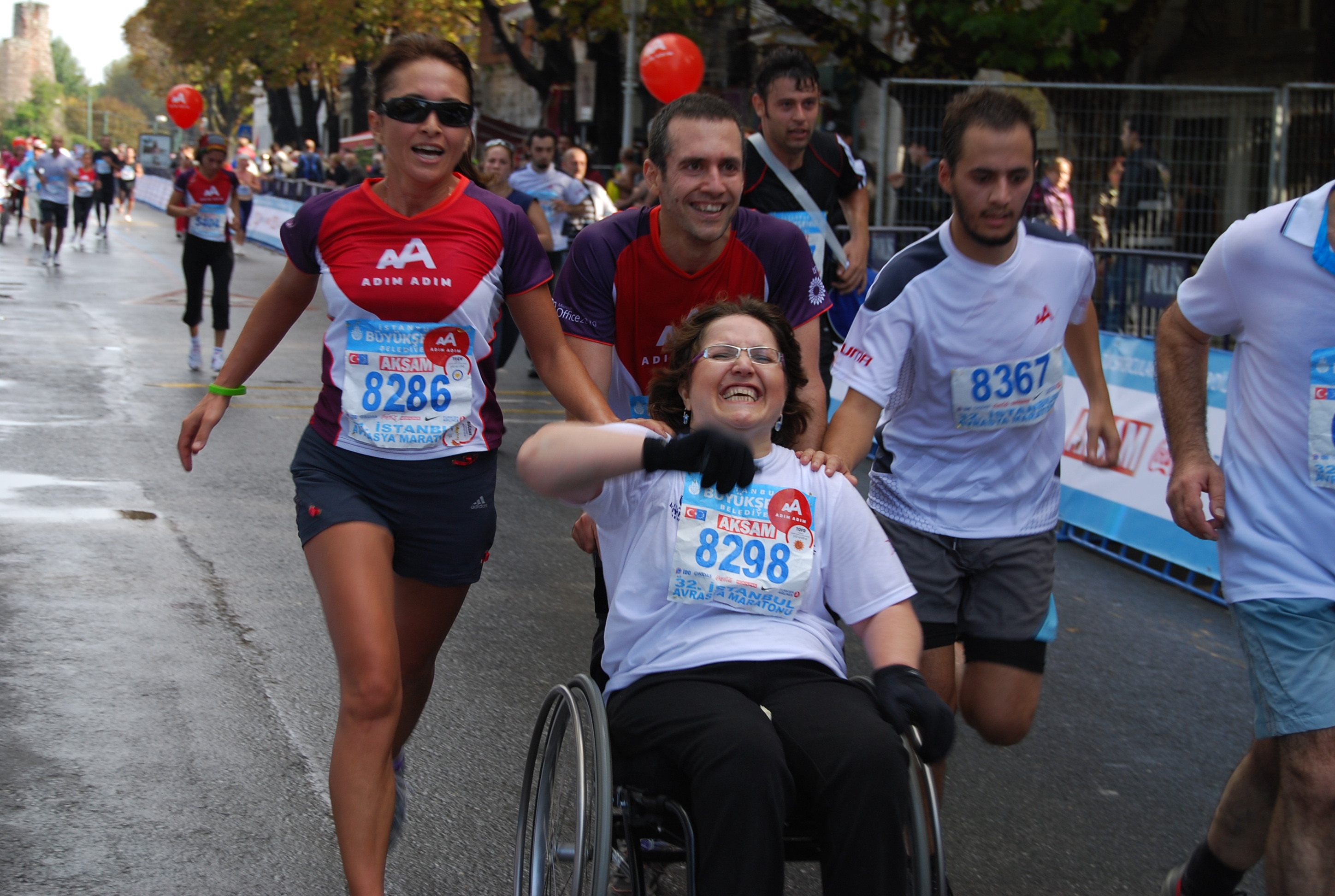 Many are first time donors, and return rates of runners and donors is quite high, given the close knit structure of running groups. They tend to be white collar, and company-based running teams are popular.

B.) Yuvarla, a social enterprise founded in 2014, offers Turkey’s approximate 9 million online shoppers the chance to round up the total cost of their purchases and donate the difference to selected participating NGOs.

Several thousand donors contributed a total of nearly $150,000 to 15 NGOs.

C.) TUSEV’s Destekle Degistir program started in 2014 as an event-based giving circle akin to the UK’s Funding Network. Since 2014, over $55,000 has been pledged or donated to 13 NGOs during several events in Istanbul and Ankara attended by about 300 attendees.

For example, ten years ago, school enrollment for girls was a critical concern and funds were allocated toward building schools and dorms.

Now the focus is shifting toward promoting STEM education for girls. For decades, providing students with university scholarships was a priority. 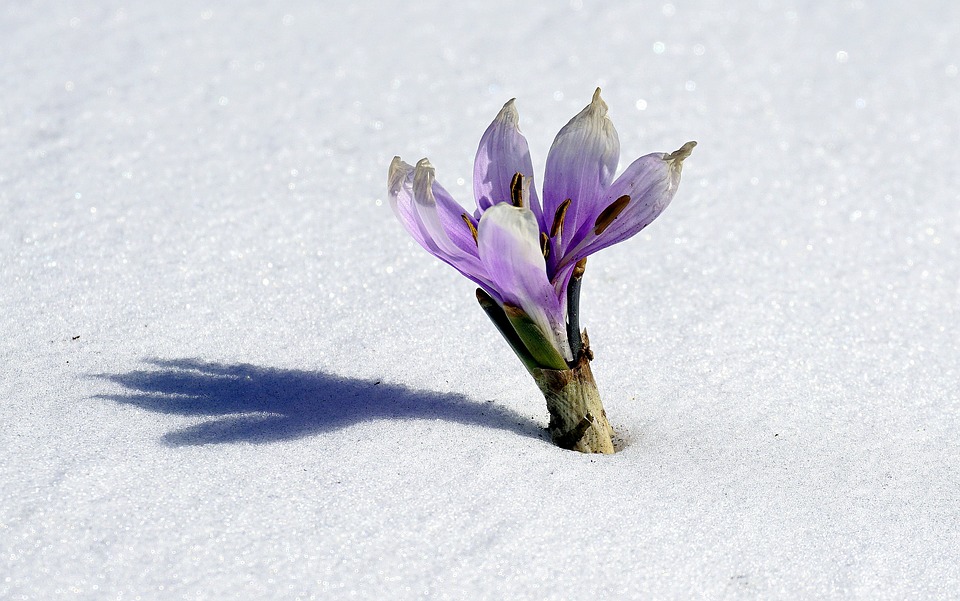 How can philanthropy develop its resilience in challenging situations?

Now, the challenge at hand is how to deal with education quality and the 36 per cent of new university graduates who are unemployed.  Both of these are new spaces for private funding, and encouraging examples of institutional giving are emerging.

And what of the migration crisis?
Since 2011, more than 3 million Syrians and other refugees have come to Turkey and will remain for years to come. One may have expected a major initiative from Turkish foundations to have taken root focusing on migration. Yet, this has not happened for three main reasons:

1.) Humanitarian aid was the main focus given rapid influx and emergency response, requiring high engagement of UNHCR, INGOs and, of course, capacity and coordination of Turkish government agencies.

2.) Foundations in Turkey are not experienced nor focused on this area, and could not mobilize quickly or find a way to engage with international and local authorities.

3.) Significant fog around the politics and agreements with the EU on the future of migrants and refugees coming through/to Turkey, leaves much uncertainty about future plans regarding integration. 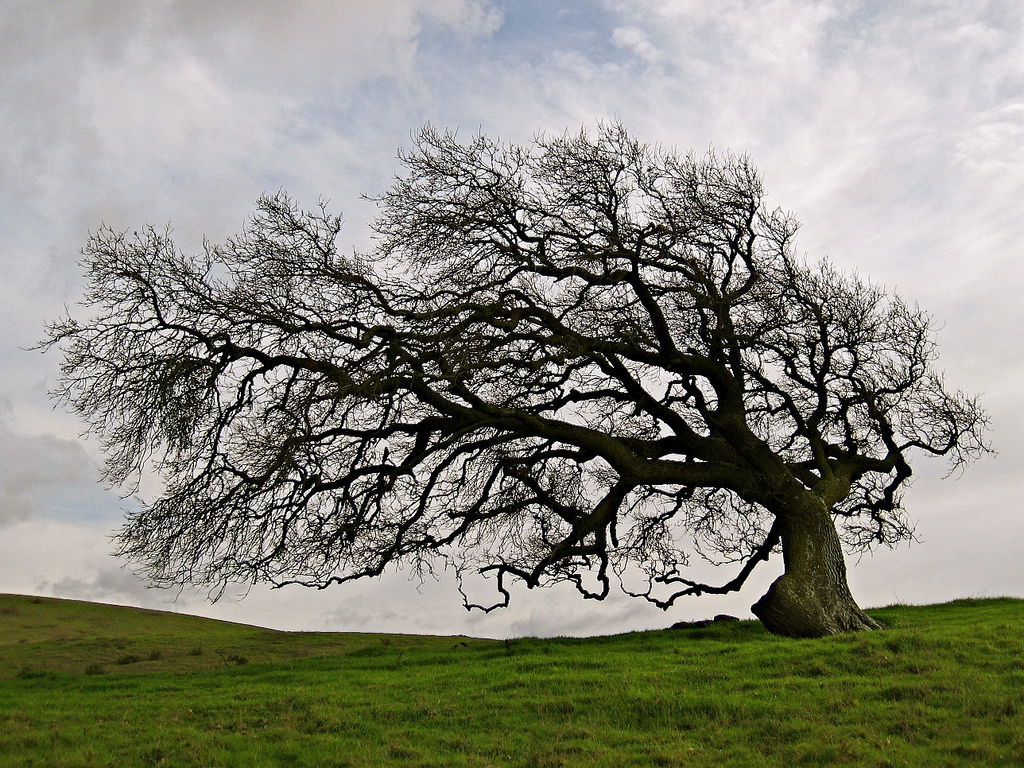 The tree may bend to varying conditions, but it does not break.

Policies and plans for integration of refugees and migrants are relatively new, and may present some operational changes among both local and international organizations in Turkey. It is yet to be seen how this will play out among existing key actors, yet there are likely be more relevant opportunities for foundations in Turkey to engage.

It should not be overlooked, however, that Turkey shares a border with countries still at war. For this reason, rapid humanitarian response needs will remain until peace is achieved.

Still room for innovation
What’s to be done now? First of all, more data on Turkish donors is needed. Data on giving platforms could be analyzed to understand patterns and preferences.

While not representative of the general population, it could offer greater insight compared to global giving studies which tend to be very general. Second, there needs to be more focus on higher impact philanthropy. As noted above, Adim Adim runners set certain goals for fundraising, and they are usually associated with a very specific project at an NGO (X number of girls educated, Y number of wheelchairs purchased). 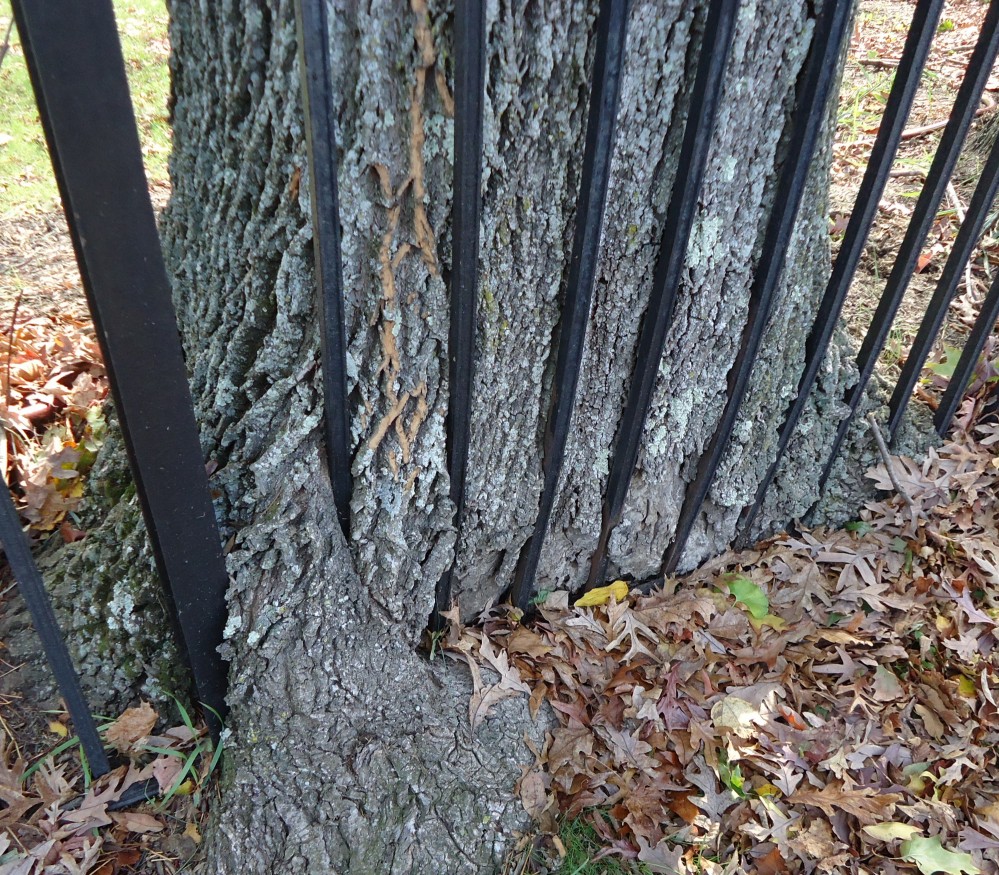 Yet, the metrics for addressing complex social issues are harder to define, track and measure and thus, not always suitable for such fundraising platforms.

This is where institutional funding should take on a more active role. There’s also still plenty of room for innovation.

Giving Circles come in many shapes and forms: mentored, hosted, independent, brokered and the like. While TUSEV has tested the event-based model, there are other variations to be considered.

Dasra in India, for example, has done well to facilitate circles and combine these with impact-oriented guidance for donors.

We can continue to make attempts grow this space in Turkey even though the number of organizations and donors willing to support such ‘philanthropy infrastructure’ are very limited.

Family offices are set to become an even more critical pipeline for philanthropy in Turkey. While still a very new concept, funds within family offices can be designed to have formal, structured and strategic philanthropy and social investment programs.

For new and existing funds and foundations,  current indications signal a huge need to shift from hardware to software investments and as such, require engagement of more subject matter experts and philanthropy professionals.

Philanthropy, look up
Finally, private philanthropic institutions are often in a better position to engage government and business communities mainly because of their origin (as industrialists) and the traditional contributions they have made, for example, schools, dorms and hospitals. Yet the preference to operate programs with limited or no direct engagement with NGOs is rather high.

While there are several valid reasons for this (for one, the capacity of the sector remains quite limited), for the sake of overall social and economic development, philanthropy must be more engaged, assume the transactional costs of working with NGOs, and orient themselves toward greater social returns and impact.

Moreover, on the international level, Turkish foundations remain relatively inactive and unengaged. Only a handful are members of networks such as the European Foundation Centre or topic specific platforms. 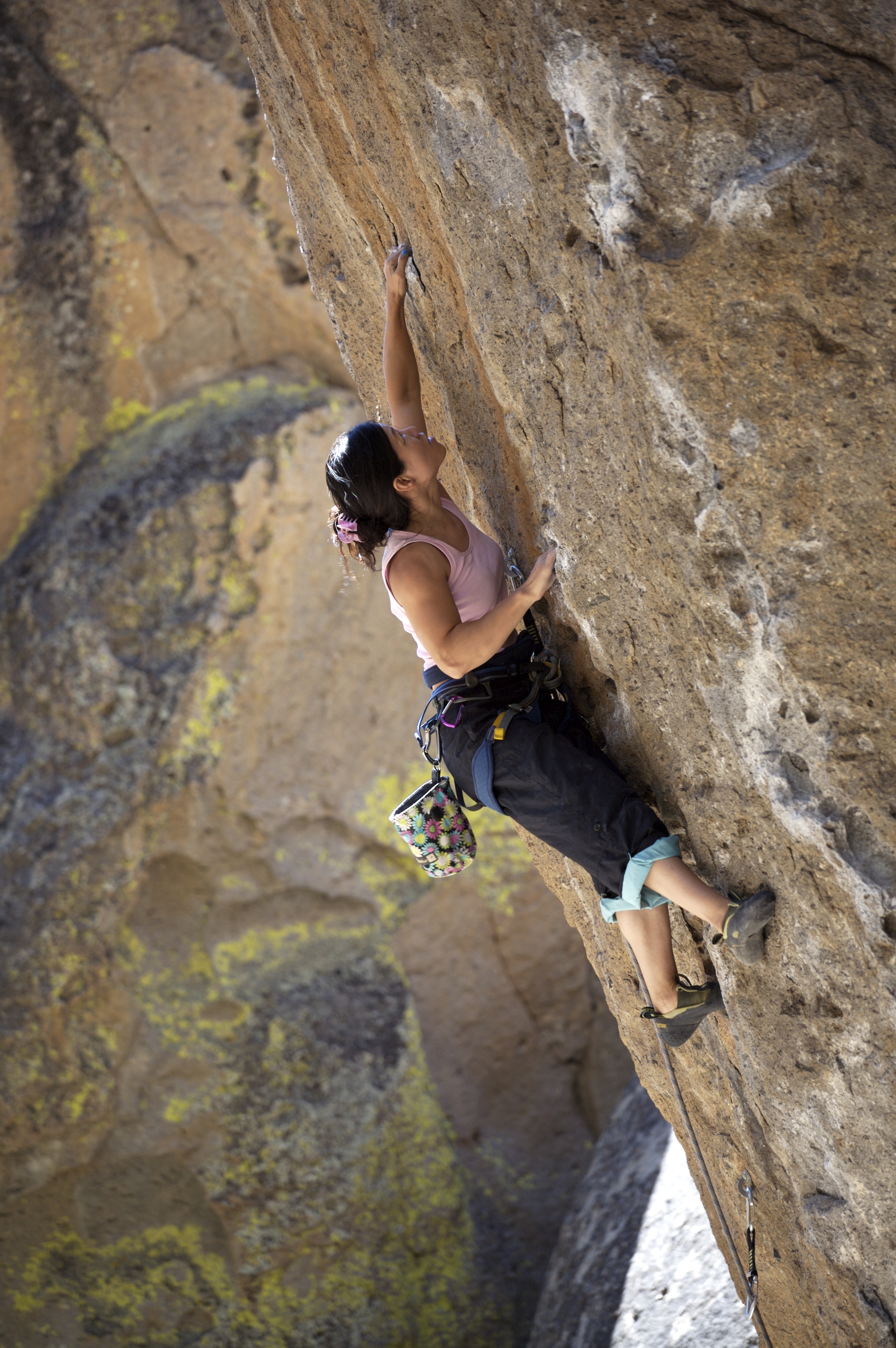 The climb of resilience towards success.

The Sustainable Development Goals and other global topics are not on the agenda.

Despite the high number of people with origins in Turkey living in Europe, programs to work cross borders are very limited.

My immediate hope therefore is for more initiatives to bring foundation leaders in Turkey together particularly with our European and emerging market counterparts.

These are critical and much needed, especially in times where spaces for dialogue and cooperation are more important than ever.

These are all opportunities that can catapult philanthropy to the next level and address the imminent and significant social and economic challenges on the horizon.

While we are likely to see continued challenges for civil society and philanthropy across the globe, I encourage us to explore the determination, agility and innovation in ourselves and around us, and to do what we can to promote resilient philanthropy.

Filiz Bikmen is founding Director of Esas Sosyal, a family fund based in Turkey. She also leads grantmaking in Turkey for EMpower – Emerging Markets Foundation, which focuses on at-risk youth. She continues to provide strategic advisory for international foundations and is board member of the Interaction Institute for Social Change in Boston. Bikmen began her career as an organizational development consultant before being appointed executive director of the Third Sector Foundation of Turkey (TUSEV). At TUSEV, Bikmen spearheaded a partnership with the International Center for Not-for-Profit Law (ICNL) to reform Turkey’s Associations and Foundations Law and subsequently served as chair of ICNL’s board. Following TUSEV, Bikmen was founding Director of Programs and International Relations at Sabanci Foundation from 2007 until 2013.