‘We know the system is broken – if it wasn’t, we wouldn’t be here.’

Living the crisis and the change: How women, girls, trans, and intersex people are coping with COVID-19 around the world

Feminism in Latin America is perhaps one of the most vibrant and enduring social movements in the world. Dating back more than 40 years, the organisation of women’s rights movements in Latin America has a rich history of interconnected networks propelling it forward, long before organising on social media entered the picture. And facing today’s challenges when the movement for women’s rights is as critical as ever, feminism can rely on its strong history as a social movement.

Today, the path carved out by previous generations has lent impetus to the work of current feminists, even – perhaps especially – in the face of the COVID-19 crisis.

In 2015, the ‘Ni una Menos’ (‘Not one woman less’) movement, which borrowed its name from the Mexican feminist movement against the female homicides in Juárez ‘Ni una muerta más’ (‘Not one more woman dead’), was born in Argentina. The movement, which began by encouraging the reporting of female homicides and violence against women, grew into a viral phenomenon. The same happened at a global level with ‘Las Tesis’, a Chilean feminist theatre group, which created ‘Un violador en tu camino’ (‘A Rapist in Your Path’), to be presented five days before 25 November 2019, the International Day for the Elimination of Violence Against Women. The group managed, through culture, to demonstrate that rape is a hate crime, and their movement was adapted by many worldwide.

Between October 2019 and March 2020, a new socio-political awakening of social movements broke out in certain Latin-American countries in which women concerned with equal rights for indigenous, Black, and LGBTQ peoples, as well as farmers, played a very important role in the mass protests erupting in countries such as Colombia, Ecuador, Chile, Argentina, and Nicaragua. The protesters advocated against neoliberalism, repression, state oppression, mining activities, racism, homophobia and transphobia, and demanded respect for the environment and the enforcement of social-environmental rights.

The disruption of the normal, caused by this virus, might be an opportunity to design a society based on different principles, capable of stopping the environmental catastrophe and promoting social justice.

The broad scope of action by women’s movements has led to positive impacts in many countries, including among many others the constitutional acknowledgment of equal rights; the enactment of laws against female homicide, sexual assault, violence targeting women and girls; the institution of political quotas; the right to own property; access to health care; the right to make individual decisions about reproduction; the right to inherit; and greater access to education.

Women at the fore of emergency response
There is no doubt about the contribution women make through caring work to the global economy. According to U.N. data, the contribution of women to the global gross domestic product is 37 per cent. Care work done by women, even unpaid care work, generates around $11 trillion worldwide, or 9 per cent of the global GDP.

And the critical work of women and women’s organisations is not limited to care work. Time and again, feminist organisations in Latin America have shown themselves to be leaders when it comes to emergency response. In 2017 following an earthquake in Mexico, the ‘Fondo de Mujeres Semillas’ (‘Women’s Seed Fund), jointly with the Global Fund for Women, launched a campaign to support women-led efforts in rebuilding. Following an earthquake in 2010 in Chile, ‘Chilean women were the first to respond to the emergency and reconstruction work’, some of them receiving financial support from Fondo de Mujeres Alquimia and Fundo de Accion Urgente- LA, according to an interview granted by AWID to a number of organisations. In Brazil, during the Zika virus epidemic, the Ford Foundation, U.N. Women, UNFPA, WHO, and the Fundo de Mulheres – Elas supported feminist organisations to do mapping, research, and offer support to women who had their sexual and reproductive rights affected by Zika.

Now, in a few short months, COVID-19 has changed everything. The social and economic realities of the world mean that those who are socially and economically more vulnerable – poor, cisgender and transgender women, Black and indigenous peoples, immigrants, refugees, homeless people – have been disproportionately impacted by Covid. 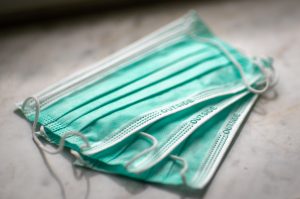 And beyond the virus itself, the post-pandemic world is projected to see the worst economic recession since the Great Depression, an economic reality that will unduly affect these same groups without any mitigating measures.

Though they may face increased risk, women are rising to the fore of pandemic response work. U.N. data show that ‘Approximately 70 per cent of all health personnel on the front lines, as well as social workers, are women. In addition, women bear a disproportionate load of unpaid work, as caretakers, and are critical agents in the sustainable development of all countries.’ In Brazil almost 85 per cent of nursing assistants and technicians are women, according to a report by the Federal Nursing Council (Cofen) and the Oswaldo Cruz Foundation.

Approximately 60 per cent of all women in the world are in informal employment, make less money, save less, and are at greater risk of falling into poverty. This is aggravated by the fact that business closures have left millions of women out of work,’ according to the U.N., and further, ‘the pandemic has vastly increased the violence against women. One out of every five women was a victim of violence in the past year, and now many of them are trapped inside their homes with their assailants.’

The system is exhausted and collapsing, so the shift must be drastically different, complete, and multifarious at the same time.

Such statistics move from the realm of theory to reality very quickly when examining local data. The investigative report Economia En las Favelas – Ingreso y Consumo em las Favelas Brasileñas (Favela Economy – Income and Consumption in Brazilian Favelas) by Data Favela y Locomotiva in January 2020 reported that 67 per cent of all favela residents are black and that 49 per cent of all women are the heads of their households, which indicates that poor, black women are and will continue to be strongly affected by the pandemic and the post-pandemic.

For all of the above, it is crucial that women are included in the processes of global health security prevention, surveillance, and detection, and in the post-pandemic government strategies as well.

Looking beyond coronavirus: A new philanthropy
As a result of the novel coronavirus pandemic, countless philanthropic initiatives have emerged in Latin America out of both direct action as well as funds raised by civil society organisations. Donors have increased their giving, as well as made their funds more flexible, so that they can better cover this emergency. Among the initiatives by civil society organisations, the feminist and social justice funds have released emergency funds to face COVID-19.

However, looking beyond the response current health crisis, many are asking what it will mean to go back to ‘normal’.

‘The disruption of the normal, caused by this virus, might be an opportunity to design a society based on different principles, capable of stopping the environmental catastrophe and promoting social justice. In fact, the worst that could happen to us after the pandemic would be to go back to normal,’ said Brazilian journalist Eliane Brum.

Already, there have been striking demands for a ‘new normal’ as seen in the galvanising movements for racial justice that have swept the global over the summer. In Latin America, feminist, indigenous, black, and environmental movements that occupied the streets in 2019, which had petered out amid lockdowns and distancing measures returned in full force. And in some countries, anti-racist and anti-patriarchal demonstrations have gathered enough momentum that it seems impossible that they will be stopped. 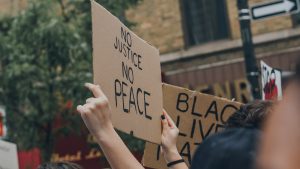 The system is exhausted and collapsing, so the shift must be drastically different, complete, and multifarious at the same time. We must ask what kind of philanthropy we would like to rebuild in Latin America. Should it be similar to what existed before, driven by charitable principles, but failing to take the respect for human rights into consideration? Or should it resemble those based on corporate efficiency models, involving the measurement of results, the execution of projects, in which little or nothing have to do with the communities’ actual needs? Or a social investment or philanthropy that competes with civil society organisations, mobilising resources for themselves and executing projects instead of engaging in grantmaking to reinforce civil society and the collective movements?

We must all agree never again to go back to ‘normal’, but rather to build a new philanthropy, based on trusting collaboration, community, collective social impact, and participatory grantmaking.

It is time for philanthropy to focus primarily on women, girls, Black and indigenous peoples, displaced populations, the LGBTQ community, social and environmental rights. And it is time to take sustainable, meaningful steps toward extinguishing all forms of discrimination. The time has come for grantmaking to put the support of their initiatives and solutions front and centre as, in both urban and rural areas, they are the primary agents of social transformation within communities, territories, and populations.

We must all agree never again to go back to ‘normal’, but rather to build a new philanthropy, based on trusting collaboration, community, collective social impact, and participatory grantmaking. And we must put supporting the fundamental, civil, human rights of all people at the heart of all our work.

May the push prompted by COVID-19 drive us toward a culture of giving driven by social justice, so that no one will be allowed to disrespect the rights of any.

Amalia E. Fischer P. is an Ashoka and Synergos Fellow. She is also the Creator, Co-Founder and CEO of ELAS – Women’s Fund and the Co-founder of the Urgent Action Fund for Latin America, the International Network of Women’s Funds – Prospera, and the Philanthropy Network for Social Justice. Fischer is the Vice-Chair of Baobá – Racial Equity Fund and member of the board of ActionAid – Brazil.

This article is dedicated to the memory of Nilcea Freire and Martha Cranshaw, a Brazilian and a Nicaraguan, who passed away after dedicating their lives to social justice, the defense of democracy, human rights, and women’s rights. My deepest gratitude for the legacy they left us.

This article was translated from Spanish exclusively for Alliance by Jorge Davidson at Punto y Coma Traduções.

Excelent article not just for underlining the relevance of women´s rights movements in Latin America but also for pointing put the future directions that philanthropy should take.

From tragedies to transformation: Using a racial justice lens in global grantmaking