How foundations can support civil society to anticipate and shape technology

Creating the culture of giving in Ukraine

Liberal democracies in the European Union have been under stress over the past few years, at both national and regional level. Citizens are insecure about their future, reeling from socio-economic, cultural, generational and technological change, and anxious about the apparent incapacity of European and national governments to solve these problems. It makes them doubt the ability not just of the European Union but also national governments and the democratic system in general, to meet their needs and serve their interests. Among the results are the rise of authoritarian populist parties, Brexit, a more and more toxic debate around ‘otherness’, citizens not making their voices heard in an organized way and disengaging from democratic processes. Such challenges are evidence that democracy requires constant investment.

This situation prompted a group of foundations to establish a Fund for Democracy and Solidarity in Europe in 2017. The creation of the fund is both a firm statement by the partner foundations of the values and principles they stand for as individual organizations, and a reaffirmation of the importance of a functioning democratic system in Europe. In other words, it can be seen as a way to put our house in order, considering the fact that Europe is often referred to as a model of democracy.

The fund, which has €4 million committed over the initial three years, will work on two vital aspects of democracy: a healthy environment for civil society and the quality of public discourse in an era of digitization.

A healthy environment for civil society
In several EU member states – to differing degrees – civil society’s right to exist is being contested and its space to operate is being reduced. The aim of the fund in this case is to reinforce the capacity of civil society organizations (CSOs) to address the challenges related to their shrinking space, allowing them to operate more efficiently and reaffirm their legitimacy and embeddedness in democratic systems.

By the time this article appears in print, the fund will have a name – Civitates – and will have launched its first call for proposals. Through the fund, we want to foster cross-sectoral and innovative coalitions of CSOs to address the shrinking space in their national context. It encourages CSOs that do not usually work together to collaborate and engage in a collective approach to a common issue. The fund will take a bottom-up approach by imposing very limited constraints on the grantees, allowing them to decide on the activities they deem necessary in their national contexts. Through a two-phase grantmaking process, the fund will dedicate time and resources to coalition building in order to allow the organizations to come together and reflect on the activities to be undertaken. Ultimately, this call for proposals aims at creating more collective action by CSOs to tackle their shrinking space and contribute to the policy debates at the national and EU levels. It will also foster transnational exchanges of best practice between the coalitions through gatherings organised by the fund.

The fund wants to enable citizens and policy-makers to understand the functioning of the digital news and information ecosystem and its impact on their news diet, thus making them aware of potential manipulation.

The quality of public discourse
In the second funding strand, the objective is to contribute to building a free public discourse based on facts, independent analysis and plurality of views. Public discourse plays a vital role in democratic societies: it provides collective meaning for societal phenomena and enables the production of input for decision-making processes. While digitization can bring a lot to this process, it also poses challenges, the extent of which are not yet fully understood. Through this sub-fund, the fund wants to enable citizens and policy-makers to understand the functioning of the digital news and information ecosystem and its impact on their news diet, thus making them aware of potential manipulation. The fund also wants to encourage a move towards the transparency and accountability of technological companies with regard to their role in the aiming of information or misinformation at particular groups of citizens. After consultations with several experts in the field, an intervention plan is currently being elaborated and we hope to issue the first grants of this sub-fund in the second half of 2018.

The fund stands for values and principles which are central to the European ideal, such as respect for human dignity, freedom, equality, the rule of law and human rights. Throughout the years, philanthropy has contributed to shaping those values.

Hosted by the Network of European Foundations (NEF), the fund has a secretariat based in Brussels which is responsible for its daily operations. It benefits from the cross-fertilization with other pooled funds hosted by NEF. The general strategy of the fund is set by a steering committee, comprised of the fund’s members, and the strategies of the sub-funds are defined by dedicated working groups. It should be mentioned that the work accomplished so far in setting up the fund is in great part due to the level of involvement of each member, who have invested not just financial resources but also their expertise in this endeavour. 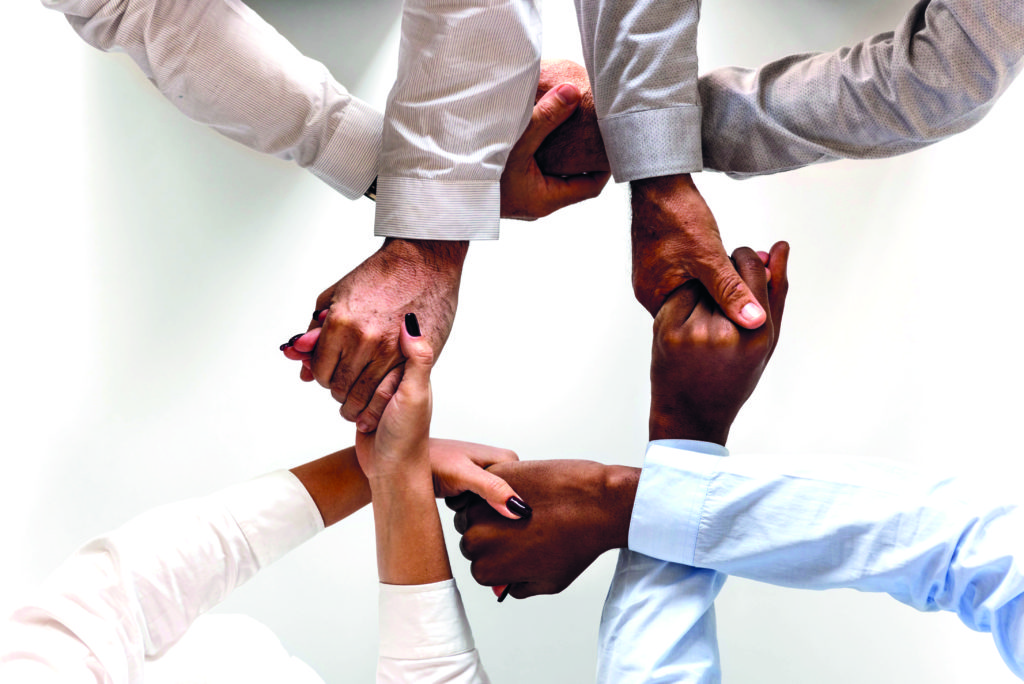 The fund stands for values and principles which are central to the European ideal, such as respect for human dignity, freedom, equality, the rule of law and human rights. Throughout the years, philanthropy has contributed to shaping those values. It is our duty to express a common and coordinated reaction when we feel that those values are under stress, and to stand in solidarity with those who suffer from this stress.

Stefan Schaefers is chair of Civitates and head of European Affairs at the King Baudouin Foundation. schaefers.s@kbs-frb.be