Philanthropy after Covid: what can we learn from Vietnam?

Did Covid help revitalise philanthropy and civil society in authoritarian societies, giving them broadened roles in society? Or has the crisis been an opportunity for governments to further reign in and restrict philanthropic and nonprofit organisations?

Or is it both?

In China, research by Chinese scholars and others has emphasised the uses of and controls on civil society during the Covid crisis. We have sought to explore whether the situation is different in Vietnam, where the Communist Party and government have long sought to exert extensive control over the establishment and activities of civil society organisations, but sometimes – not always – with a somewhat lighter hand than in China.

While the story continues to unfold in Vietnam, our research on the philanthropic response to the pandemic in Ho Chi Minh City suggests that the state has effectively used a highly regulated civil society to help deal with the Covid crisis and reminded the state and society of the value of a vibrant philanthropic and civil society sector.

When the fourth wave of the pandemic hit Vietnam in spring 2021, government-imposed social distancing measures, barricades, curfews, and limits to business operations presented many hardships for HCMC residents, hospital staff, and frontline workers. While the government scrambled to secure access to vaccines, an overloaded healthcare system faced a shortage of equipment and supplies to address mounting needs for medical attention.

Meanwhile, many workers could not go to work and were isolated in small, hot, rented apartments with little space for living. Children were unable to play outside, and public schools were not offering online learning opportunities. People with disabilities faced difficulties accessing food. Promised government subsidies to those who lost income proved difficult to access. Signs of stress and other mental health issues were growing. 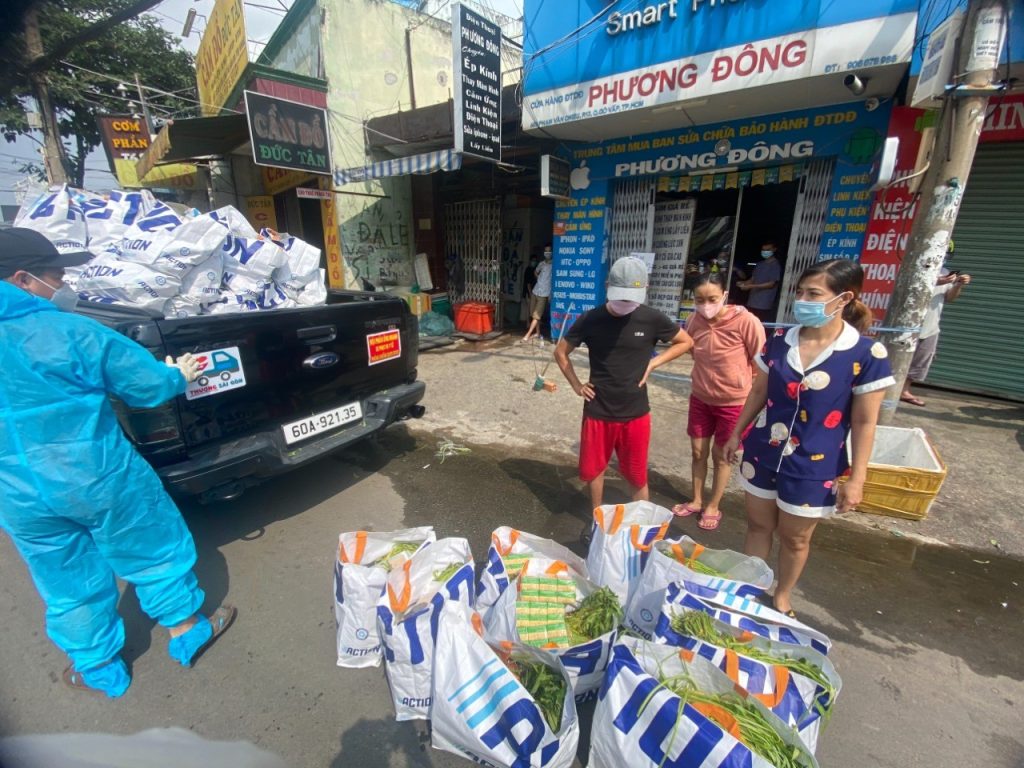 In the early months of this crisis, philanthropy stepped in. HCMC local and citywide nonprofits, corporations, business associations, professional, volunteer and community-based groups, individuals and celebrities raised funds, sourced goods, and distributed supplies for relief and prevention efforts to assist those affected by the crisis. Most informal and volunteer groups focused on supporting essential workers while others directed support to individuals, families, and communities struggling with Covid, a loss of income, or other consequences of state-imposed prevention measures.

Larger and more formal organisations, both domestic and international, were slower to respond to the crisis. Some used their social media platforms to support the government’s Covid-19 education and awareness campaigns and/or crowdfund for relief efforts, such as the Song Foundation, Hope Foundation, and chambers of commerce.

Meanwhile, individual and corporate donors throughout Vietnam responded overwhelmingly to the government’s call for contributions to its Covid-19 Vaccine Fund, which raised nearly $400 million by mid-January 2022. In this sense the Covid crisis has helped to galvanise the Vietnamese philanthropic spirit, expanding acts of giving in time, talent, and treasure beyond traditional groups to a broader segment of the population.

State-civil society relations during the pandemic

The Vietnamese state has sought throughout the crisis to guide and monitor the relief activities of philanthropy and civil society. We have seen several state-driven developments that constrained civil society responses during the pandemic, in HCMC and more broadly around Vietnam.

First, the government promulgated temporary policies that limited nonprofits’ capacity to deliver goods and services and served to enhance government control. More formal, registered nonprofits and mass organisations were limited in their ability to respond quickly to the crisis because of their dependency on project funds, and strict preexisting regulatory restrictions on their activities. 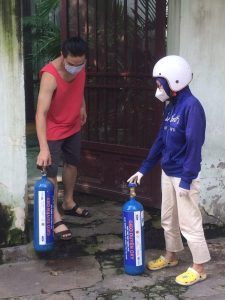 Meanwhile, informal and volunteer groups initially proved agile and effective in addressing short-term needs, but their sometimes lack of professionalism and problems with transparency raised widespread concerns in HCMC – and eventually the government limited their role. And corporate and individual philanthropy concentrated on supporting government agencies and programmes, reducing their support of local nonprofits during the crisis.

These developments suggest that, on balance, the crisis has not significantly changed the unbalanced dynamics of state-civil society relations in Vietnam. From the start, and in accordance with long-time policy, the Party and government were determined to remain in firm control of the activities of the philanthropic and civil society sector and of the provision of social welfare during the crisis.

As in the past, during the crisis, this was accomplished by rather strict controls on activities, and extensive (many in HCMC would say excessive and pointless) reporting and approval requirements. The government requires registered nonprofits to seek advance permission to conduct research, hold public events, disseminate newsletters, engage with foreign experts, and send staff to foreign countries.

None of these constraints changed meaningfully during Covid. And stricter Party policies adopted in 2018 and state policies promulgated in 2020 constraining the spaces in which philanthropy can operate remained undeterred by the crisis and came to be used to restrict the role of civil society. Meanwhile, arrests and convictions of independent civil society activists have continued, including several who have played a role in mobilising mutual aid and rights protection before and during Covid.

By mid-2021, government policies were directly restricting some nonprofit and philanthropic activities to help ameliorate the crisis, particularly when new directives were issued in Ho Chi Minh City limiting civil society activities. Then, in October 2021, the government issued a new decree to regulate fundraising following a disaster or pandemic, extending fundraising regulations beyond charity funds to also include other types of organisations as well as individuals, which were previously unregulated.

While there is growing public demand for transparency and accountability in disaster fundraising, the overall result of the new policies was to increase the barriers to civil society engagement in providing support to people facing hardships, especially in terms of food delivery and medical care, including through travel controls and road passes. In Ho Chi Minh City, the free or heavily discounted food distribution and meal services that had popped up around the city in the spring were halted within two weeks of the new directives.

Meanwhile, official mass organisations such as the Women’s Union and the Youth Union were assigned larger responsibilities in Covid relief and prevention efforts, in part to supplant more informal and volunteer civil society efforts. Some less formal groups found ways to continue working or to partner with the mass organisations, but many smaller, voluntary organisations were unable to continue their charitable efforts due to these restrictions.

And yet the situation is complex. While these government directives and policies limited and centralised civil society and philanthropic relief activities, some nonprofit organisations in HCMC, particularly larger and more official groups, also report enhanced levels of cooperation with the Party- and government-based mass organisations, compared with before the crisis.

The capacity problems of formal nonprofits

In many cases formal, registered nonprofits were limited in their capacity to help anyway. At the start of the pandemic, few such formal organisations were already engaged in such needed activities as emergency relief, tracking and tracing, and sourcing medical supplies and equipment, or those capacities were quite limited.

Regulatory restraints, including the need for prior permission to carry out activities or to receive foreign funds or fundraise in Vietnam, constrained their ability to adapt or scale up quickly even if they had some capacity to do so. And, as indicated above, new directives imposed during the crisis limited opportunities for registered organisations to engage.

Some networks of nonprofits and donors, such as the Southern Non-Profit Organization (SNPO) and the Social Work Action Network, are making longer-term plans and seeking funding for post-crisis relief and recovery, but at this point, they remain unsure as to whether such contributions will be welcome or valued by the authorities.

Informal initiatives, while quick and abundant, were short-term oriented, sometimes lacked professionalism, and were mistrusted by the authorities 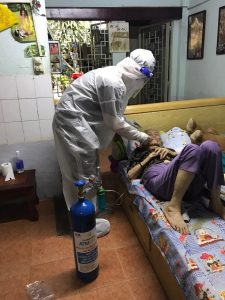 During the lockdown period, a number of groups launched mental health counselling services targeting students, essential workers, residents under quarantine, or the general population. Online platforms were developed by domestic technology companies to facilitate direct giving by individuals to individuals expressing needs in their community, free of charge, such as Zalo Connect and SOS Map.

While the breadth of activity and the openness of the philanthropic spirit was praiseworthy, these more informal initiatives faced many challenges and presented some concerns. Many of these initiatives were designed only to address short-term needs and did not sufficiently consult with those who were being helped. One commentary in a national magazine lamented the lack of asset-based community development initiatives, informed by the people in need and designed to build long-term capacity.

Government restrictions also bore down heavily on the informal groups and efforts. Many of the more informal, voluntary efforts and groups were unable to obtain permission to travel, find partners to support the delivery of supplies, or obtain approval to import supplies and medical equipment. When Covid-19 infections surpassed 50,000 a day in 2021, and strict social distancing measures were imposed along with barricades across the city, many of these efforts were brought to an abrupt halt. Many such groups also faced legitimacy challenges and questions about their fundraising practices, operational efficiency, transparency, and reliability.

These issues place the smaller and less formal Vietnamese voluntary sector in a difficult position. Many activities recognise the need for government support for voluntary initiatives and for transparency and greater professionalism and yet remain highly leery of further regulation of smaller and informal groups. For some, this has led to renewed calls for a rights-based Law on Associations, which has been under debate in Vietnam for nearly thirty years. These contradictory needs and goals remain at the heart of the debate on civil society in Vietnam and have only been exacerbated by the Covid crisis.

Covid-time corporate and individual philanthropy was focused on government programmes

Most of the ramped-up Covid-based corporate and individual philanthropy went directly to government agencies and programmes, and this suggests a possible ‘crowding out’ of nonprofit organisations. The government’s Covid-19 Vaccine Fund attracted very large contributions from domestic and foreign companies, while business associations pooled funds and individual corporations made direct contributions to other government efforts.

We see such a focus on giving to the government in India, China, and many other countries during the Covid crisis. On the positive side, the role, capacity, and responsibility of the state to act is clear. Corporates and some larger individual donors also seek to garner favour and perhaps influence in policy decisions, and even perhaps access to the initially limited number of vaccines trickling into the country.

At the same time, the increase in the number of donors and value of contributions during the pandemic no doubt raises the government’s awareness about the potential for philanthropy, it does not help to raise the profile or increase the autonomy of civil society organisations nor improve their relationship with government.

So in Vietnam, as before the pandemic, the picture for civil society and philanthropy is mixed. The Party and government encourage sometimes significant relief and social service activities while retaining significantly restrictive policies, strongly encouraging registered organisations to ally with mass organisations and government entities, and severely constraining the work of smaller, voluntary, and more independent efforts.

The pandemic has raised the profile of civil society and philanthropy in Vietnam, but the fundamental dynamics of state-civil society relations – the dominance of state control – remain largely unchanged during these turbulent times.

Pham Truong Son is the Director of the Tinh Than Foundation in HCMC. Dana RH Doan is a PhD Candidate at the Lilly Family School of Philanthropy at Indiana University. Mark Sidel is Doyle-Bascom Professor of Law and Public Affairs at the University of Wisconsin-Madison.

Caring for the changemakers: Funders need to put mental health front and centre