What has become of the major advances in the establishment of social and human rights across Latin America? These advances were fuelled by the active participation of popular social movements and philanthropy, yet now so much appears to have been lost. Through either electoral defeats or controversial impeachment processes, reformist governments across the continent have been replaced by a wave of neoliberal and conservative governments, quickly halting all those advancements and achievements.

How could this have happened? How can this shift of the pendulum be explained? And what part can social movements and philanthropy play in this story?

An era of reform
Over the course of three decades spanning from 1988 to 2018, progressive governments in Latin America supported action from human rights groups and social movements. And during those same decades, when faced with political and economic crises, these same groups provided grassroots support in overcoming these issues.

Organised civil society showed what it could be capable of as it multiplied the number of social movements clamouring for social justice. The practice of popular participation and leadership developed into movements such as Las Madres de Plaza De Mayo in Argentina and Movimento dos Sem Terra in Brazil.

In this progressive era, advanced schools of legal constitutional thought attempted to translate claims for expanded social and human rights into a new regulatory framework. In countries like Brazil, Colombia, Argentina, Venezuela, Ecuador, and Bolivia, these new regulations became the foundation of new constitutions. This effort was further reinforced by the development of the Latin-American movement Jus Commune of human rights, as well as the revitalisation of the International and Inter-American system of protection of human rights.

Reform paves the way for philanthropy
This stable democratic support allowed for an emerging and promising philanthropy network to arise in Latin America[1], and in coordination with civil society, it began to support projects in the fields of education, environmental protection, and development, as well as protection and social and economic empowerment of vulnerable groups, including women, ethnic minorities, and LGBTQ persons.

Community philanthropy projects quickly followed work done by the more traditional model of family-based or corporate philanthropy. These community-focused organisations supported networks out of reach for bigger foundations. Their concentration on social investment and strengthening enterprise, reinvented the relationship between social movements and businesses.

It is possible to speculate that citizens educated by democratic civil learning, funded by philanthropy, may have resisted the sweep of conservative and neoliberal movements

Supported by philanthropy, governments managed to implement important public policies that were also being advanced by the social movements. In many cases, this included NGOs focusing on the fight for women’s rights, Afro-descendants, the LGBTQ community, Indigenous peoples, and other vulnerable groups. At the same time, these governments passed policies to meet their citizens’ basic needs with income distribution programmes. In some cases, these schemes became international benchmarks, such as ‘Bolsa Família’ and ‘Fome zero’, in Brazil.

When considered in this light – a progressive movement of Latin American governments, civil society organisations, and philanthropy moving ever further along in their work to support society’s most vulnerable – stands in stark contrast to the recent wave of efforts to dismantle and undermine social and human rights. In Chile, Argentina, Ecuador, Colombia, Brazil, Paraguay, and Uruguay, an influx of neoliberal and conservative leadership has effectively marked the end of the era of social reform. 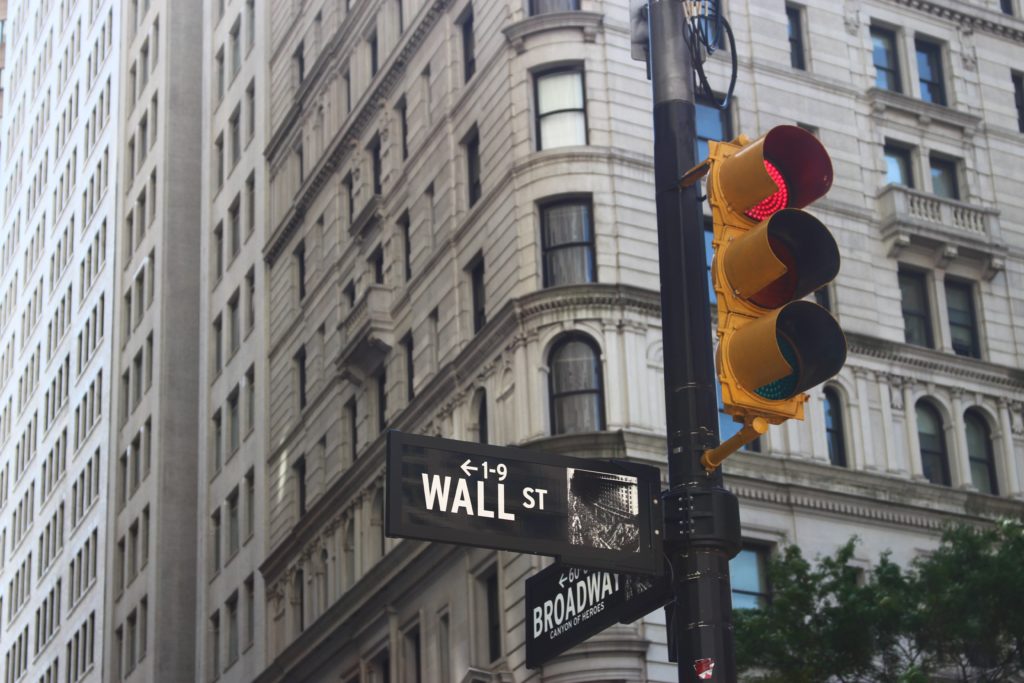 The global financial crash in 2008 had far-reaching effects.

Impact of 2008 recession on the rise of conservative movements
The social movements that had rooted themselves throughout Latin America were based on a new conception of power – a grassroots model from which ample participation of all social groups, particularly historically discarded groups, influenced regional and national policies from their contributions at a community level. Traditional elite, observing how these new arrangements changed the mechanisms of political representation and reduced their influence, began to feel threatened. Gradually, the idea that these social and political innovations were dangerous to the stability of the region became more and more widespread.

Then in 2008, the global financial crash provided an opportunity for this growing discontent, which for many years had been simmering under the surface, to burst forth. Quickly reaching the frail economies of Latin America, the results of the economic crisis were rising inflation rates, loss of jobs, and social discontent.

The blame for economic discontent at the hands of foreign capital markets was quickly shifted onto progressive governments in the region. Their failure to defeat the historic, systemic corruption that had long taken root provided an easy target.

The result was that, by way of either ‘domestic coups’, led by the country’s own institutional framework, as in the case of Paraguay, Brazil , Honduras, and Bolivia, or of electoral turnarounds, as in the case of Argentina, Chile, Colombia, Ecuador, and Uruguay, neoliberal, conservative candidates soon arose and, creating a domino effect, took over the political scene in the region.

Social movements, philanthropy networks, and democracy
More than a decade on from the global financial crash and faced with a rising tide of nationalism, social scientists are beginning to reflect on what has led to the failure of democracies in Latin America – and the world.

There are two interconnected inflection points according to this research: the loss of democratic quality in the leadership of existing political parties and workers’ unions, and the corrosion of social ethics and its replacement with pragmatic rationality, focused solely on economics.

But even if we accept that social movements across Latin America may have strained institutions by permanently fighting for more and new rights – there is still the matter of placing philanthropy, which did neither of these things.

Over the three decades of progressive movement in Latin America, economic resources grew exponentially. But did funders – whether from family wealth or corporate wealth – grow proportionately to the increase? And, perhaps more importantly in this context, who did their funding reach?

Failure to establish the defence of the democratic rule of law as a priority, highlights a problem in the regional and international philanthropy networks operating in Latin America

Studies on philanthropy practiced in Latin America highlight the areas that attracted the most donations and social investments: access to primary and secondary education, access to health care, development of individual and collective enterprise, art and culture, the fight against poverty, environmental sustainability, and energy to name but a few.

These areas were undoubtedly deserving of philanthropy’s support, but they overlooked democratic civic learning and the development of a practice of outright political engagement to defend the constitutional protections. It is possible to speculate that citizens educated by democratic civil learning, funded by philanthropy, may have resisted the sweep of conservative and neoliberal movements through Latin America.

But for philanthropy, pragmatism in impact investing can mean facing up to urgent needs. Teaching democratic values and responsible political engagement does not always make the cut, as the results are only identifiable in the long term.

Of course, reviewing and determining results in areas that are not based on hard science is tricky. Interpreting these results is also challenging when processed through ideological lenses. Democratic values allow for different readings from the liberal or social perspectives. However, these difficulties are no justification for the failure of philanthropy to contribute toward social progress. 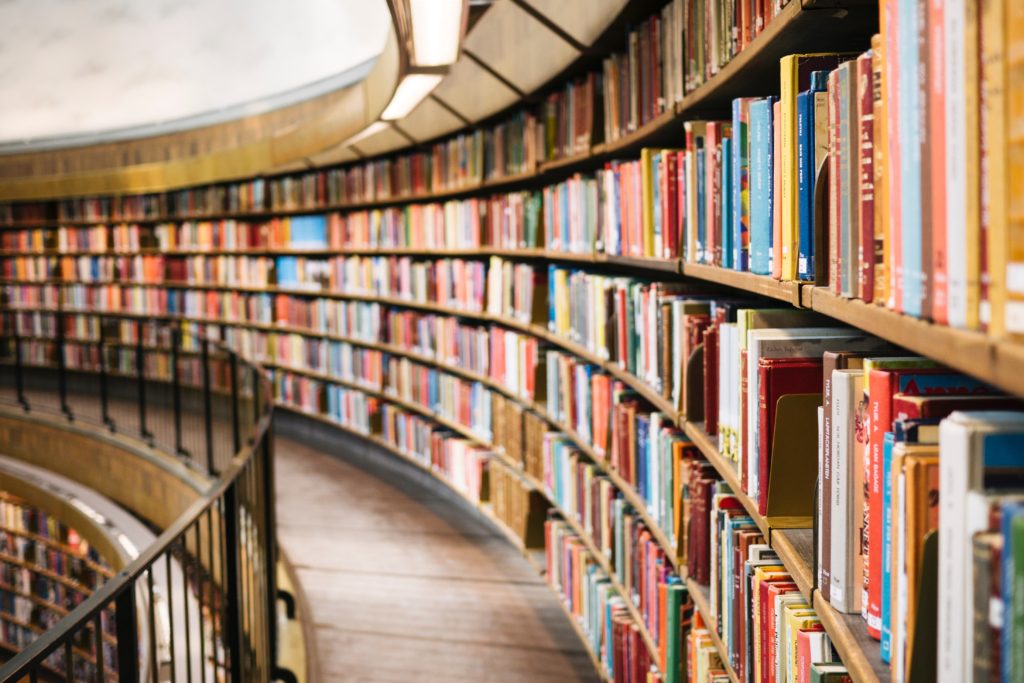 Philanthropy needs to invest in education of democratic values
The fragmentation and poor coordination of the demands of the social movements, and their failure to establish the defence of the democratic rule of law as a priority, highlights a problem in the regional and international philanthropy networks operating in Latin America.

Philanthropy networks in Latin America grew but – with the exception of a few programmes, such as Educafro, a Brazilian education initiative – diversified their points of action without prioritising investment in teaching democratic values, a choice that ultimately undermined their long term results. Though there were three decades of progressive social movement, the lack of focus on ethics and democratic values has diminished the potential to contribute further to this work. Investment in education, technical capability, enterprising or social inclusion, and even the fight against poverty, when dissociated from democratic civic teaching, ultimately impairs the institutions.

Philanthropic resources directed to the civic education of leaders, as well as public and private agents, involved in the preparation and implementation of social public policies must be substantially increased

The absence of democratic civic teaching has had far-reaching effects. A reciprocal mistrust has set in between the public administration, social movements, and philanthropy and social investment, hampering the possibilities of cooperation and the effectiveness of joint efforts.

The lack of a genuinely democratic tradition in Latin America demands a joint effort to find a consensus around a common agenda – among the state, social movements, and philanthropy – to establish priorities centred on the development of engagement and the obligations inherent to responsible citizenship.

The premise that human rights must be assured to all human beings should be at the centre of these priorities. But merely accepting this premise is not enough – it depends on regulations that engage all segments of society, simplifies the performance of public and private social works, and improves their quality and effectiveness through alliances and partnerships. Public and private universities must be included as an important part of this strategy.

Philanthropic resources directed to the civic education of leaders, as well as public and private agents, involved in the preparation and implementation of social public policies must be substantially increased. Technical and infrastructural development without ethical conscience is, at the very least, ineffective.

The shift of philanthropy and social movement should move toward building a democratic policy governed by social inclusion and equity. Time will tell whether Latin American philanthropy is up to the challenge.

Eduardo Manuel Val is an Associate Professor of International Public Law and Human Rights at Universidade Federal Fluminense (UFF) and is the Adjunct Coordinator of the Masters/Doctoral Program at Universidade Estácio de Sá (PPGD/UNESA).

This article was translated from Portuguese exclusively for Alliance by Dayse Boechat @ Punto y Coma Traduções.

Mass citizen action through social movements and other popular forms of organising are a defining feature of our times fundamentally changing our civic space. Yet, institutional philanthropy has often been missing in action either unable or unwilling to engage and, when it does, met with concerns about the distorting effect of its resources and practices. 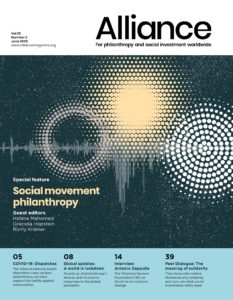 Alliance magazine’s coverage of social movements is the focus of our June 2020 issue. The issue investigates how institutional philanthropy can make itself relevant to the needs of social movements by deepening their understanding of movements and discovering appropriate ways to engage. To read the June 2020 issue and more coverage of philanthropy, you can purchase a subscription to Alliance magazine, currently half price.