Walk with us, not over us: how to build philanthropy’s social license

Australian philanthropy’s work alongside indigenous people can serve as an example of respectful relationships.

At its best, philanthropy challenges the prevailing culture and expectations in societies around the world. When so much of our societies’ focus is on accumulating more money, philanthropy focuses on giving money to others to address societal challenges.

For that reason, philanthropy truly is something to be actively celebrated and passionately encouraged. 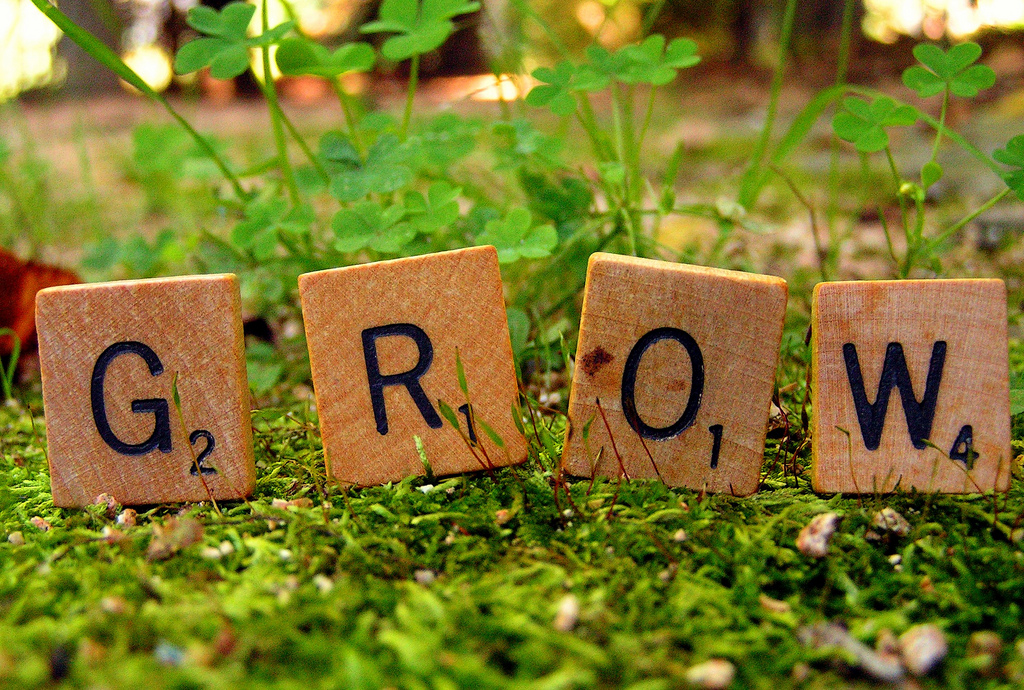 It’s the reason why organisations such as Philanthropy Australia, for whom I work, are focused on growing philanthropy and inspiring more people to think about using private wealth for public good.

But philanthropy is also a source of power, and there is an inherent power imbalance between wealthy people and foundations who make decisions about how funds are distributed, and grantseekers who depend on those funds.

As Stanford political scientist Rob Reich pointed out on a visit to Australia earlier this year, as a source of power, philanthropy deserves not just society’s gratitude, but also its scrutiny. Reich’s comments were directed at philanthropy’s role in liberal democracy, but it’s fair to say that they apply more broadly to the conduct of philanthropy itself. 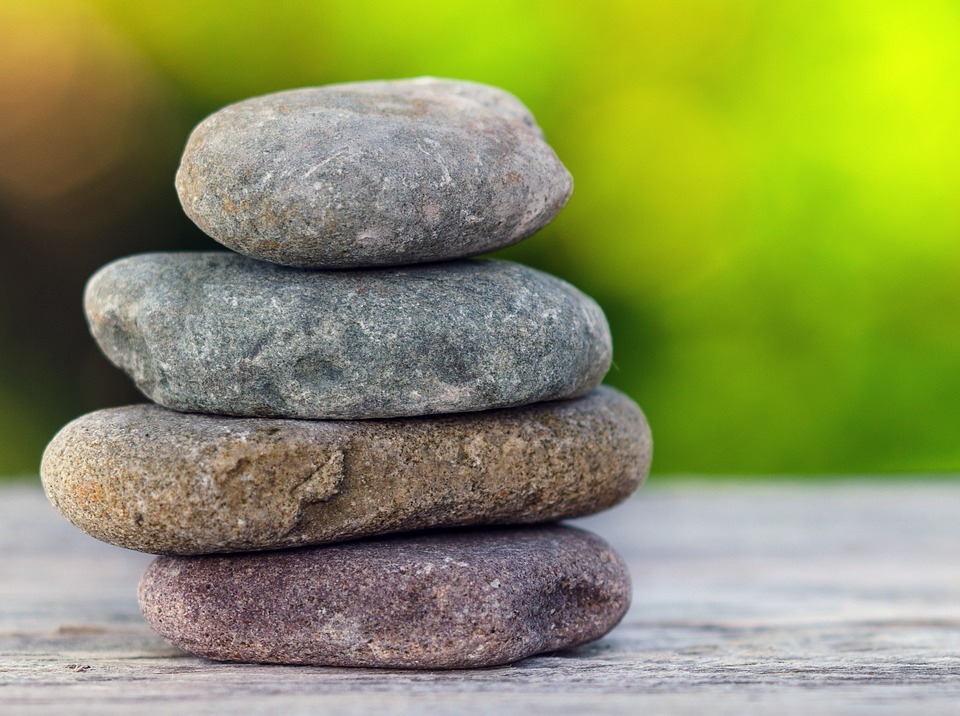 The challenge of finding the balance between philanthropy, its power, and its legitimacy.

As I’ve previously argued, how philanthropy exercises its power impacts upon its legitimacy. Legitimacy is critical to philanthropy.

If philanthropy is not seen to be contributing to the common good, it will lose that legitimacy. In such situations, philanthropy’s effectiveness could be considerably diminished, and in some cases it could become completely ineffectual. 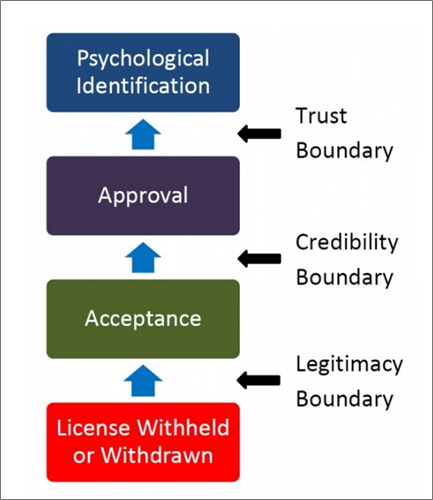 It refers to the level of acceptance or approval continually granted to an organisation’s operations or projects by the community and other stakeholders.

Different levels of SLO are illustrated in the diagram opposite.

That requires philanthropy to reflect on imbalances of power in the relationships between funder and grantee.

In US philanthropy circles, there is a growing focus on ‘participatory grantmaking’ as a way of addressing these imbalances. For example, in a recent report on the topic, the Ford Foundation commented that ‘… if philanthropic decision-makers do not have sufficient connection or access to the lived experience of the people we seek to benefit, the quality of our decision-making will suffer and our impact and legitimacy will be lessened.’ 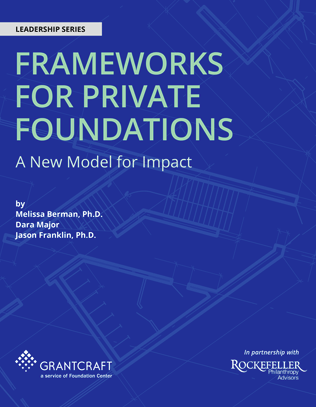 Another report by GrantCraft and Rockefeller Philanthropy Advisors devoted a section to the topic of philanthropy and society’s ‘social compact’.

But it’s difficult to assess how widespread this willingness to reflect is, and I worry that it’s perhaps limited to elite debates in philanthropy among people with the time and resources to think about this issue.

In Australia, no legitimacy without respectful relationships
So how are we doing in terms of building philanthropy’s SLO in Australia?

In recent years, there have been concerted efforts to cultivate respectful relationships between philanthropy and indigenous peoples, organisations and communities. Although the work is still in its early stages, it provides an excellent example of putting SLO into action. 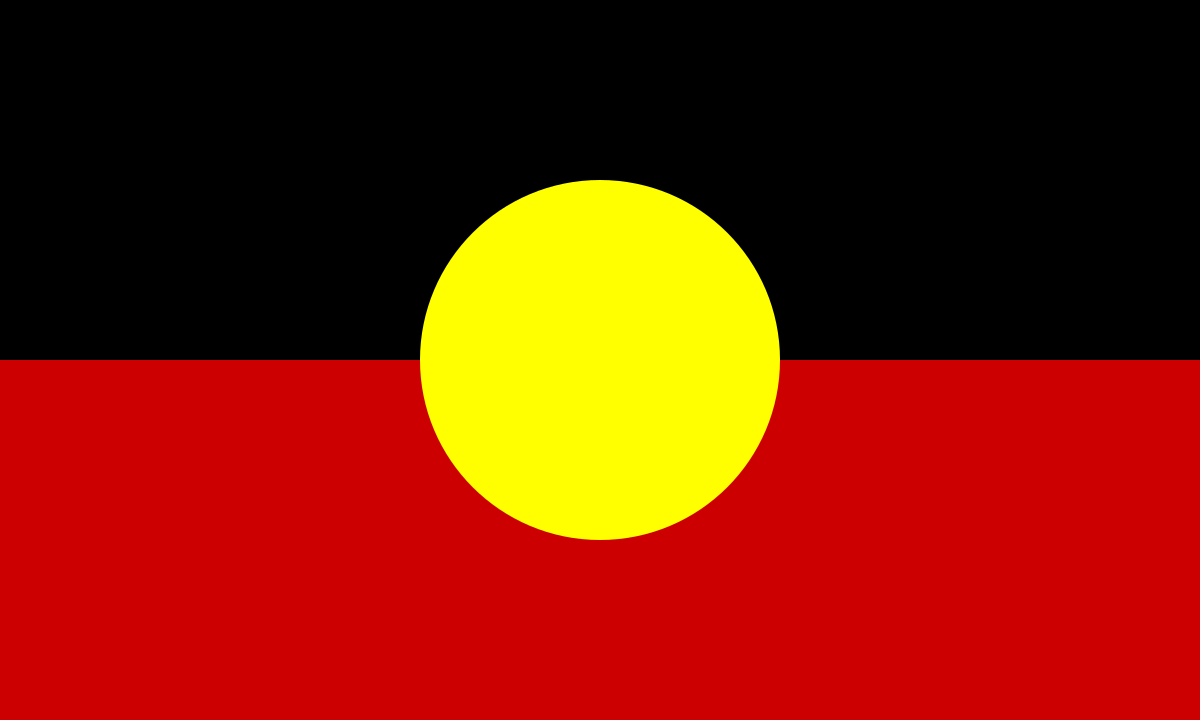 Since the beginning of European settlement in Australia, indigenous peoples have experienced oppression, initially by the colonial government. After Australia became a commonwealth in 1901, the Australian government authorities at all levels were responsible for abuses of power.

Although there has been some progress in recent years, the ‘dominant power dynamic’ still manifests itself in terms of how governing institutions engage with indigenous peoples. Governments are rightly criticised for doing things ‘to’ and not ‘with’ indigenous peoples.

This criticism can be levelled at philanthropy as well.

According to Genevieve Timmons, philanthropy executive at Portland House Foundation, a family foundation based in Melbourne, things are improving but there is more work to be done:

‘In the last 40 years, philanthropy has become more visible and organised in Australia.  With this emergence of a sector or industry, has come the recognition that we need more diversity among decision-makers and thought leaders if our money is to be effectively used.  We also know that progress is most likely where people lead their own advancement, and this is never so true when it comes to working with indigenous leaders.’

In this context, work has been taking place to encourage and promote ‘Respectful Relationships’ between philanthropy and indigenous organisations, peoples and communities.

The Woor Dungin organisation has had a leadership role, convening a Respectful Relationships working group consisting of people from philanthropy working alongside indigenous people.

Together with the Fellowship for Indigenous Leadership, they presented a session at Philanthropy Australia’s 2016 National Conference on the topic of Respectful Relationships, called ‘Right Way, Wrong Way, Which Way’, and collaborated on a webinar version of the session. 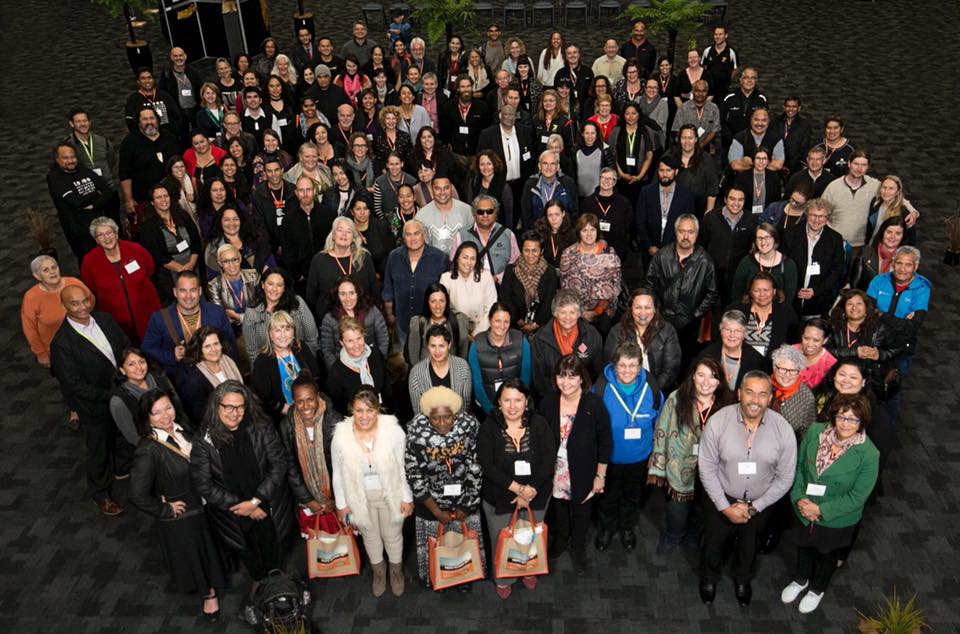 Woor Dungin also presented a session at the International Funders for Indigenous Peoples Pacific Regional Hui in May 2016.

It is about addressing the power imbalance between philanthropy and indigenous organisations, and ensuring that philanthropy meets the needs and expectations of those organisations and communities, rather than merely reflecting the perceptions and preferences of philanthropy.

According to Peter Aldenhoven, a descendant of the Nughi clan of the Quandamooka peoples of Moreton Bay, Queensland, who is the president of Willum Warrain Aboriginal Association and a Woor Dungin member:

‘Often indigenous community organisations feel that philanthropy, with its stringent guidelines and narrow priorities, fails to appreciate our needs. What is distinctive about indigenous community organisations is that we carry the dreams of our community with us, part of the interminable trajectory of our ancestors. We also have collective decision-making processes which don’t easily conform to mainstream (non-indigenous) timelines.’ 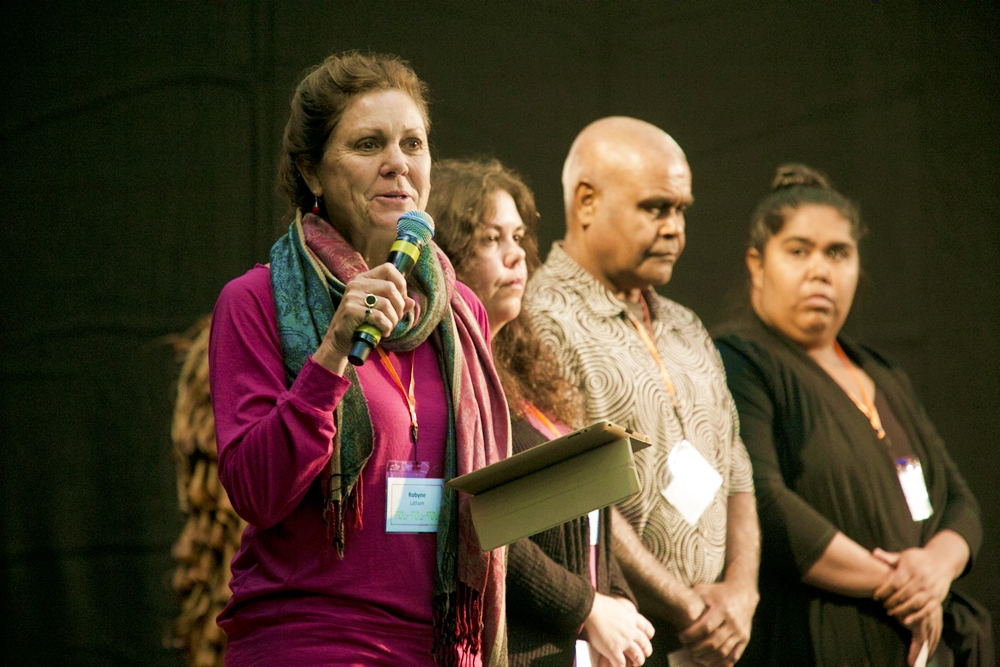 ‘How can philanthropy walk with us?’ session at International Funder for Indigenous People’s Pacific Regional Hui, May 2017. Photo credit: Woor Dungin.

Walk with us
In his contribution to the session at the 2016 Philanthropy Australia National Conference, Peter asked philanthropy similarly to ‘walk with us, not over us, and respect our autonomy’ – a succinct summary of what Respectful Relationships is about.

But we still confront examples where philanthropy just isn’t walking with indigenous organisations, but is instead walking apart from them and not respecting their autonomy.

Take the following example of what not to do: 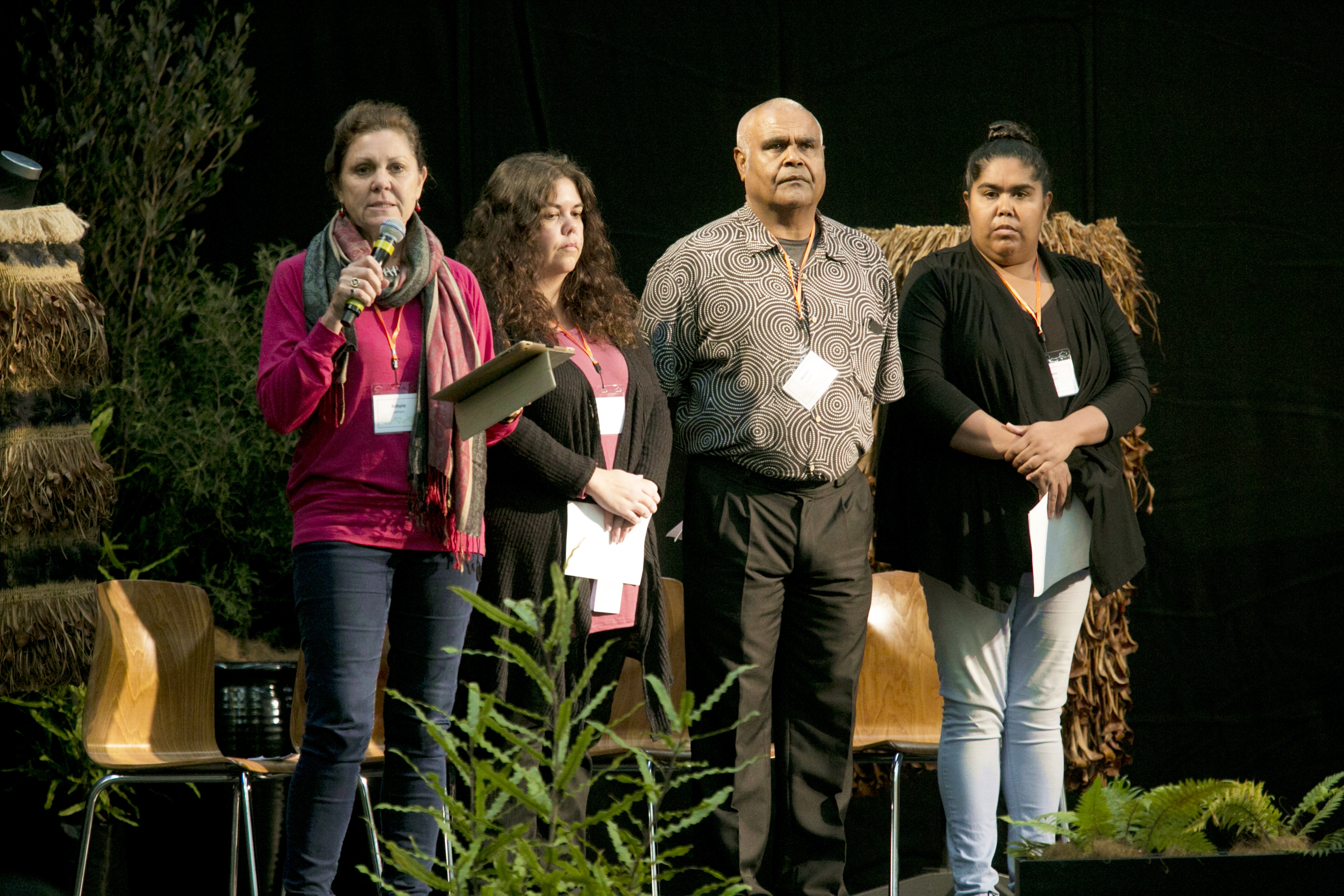 ‘How can philanthropy walk with us?’ session at International Funder for Indigenous People’s Pacific Regional Hui, May 2017. Photo credit: Woor Dungin.

Ultimately, this will lead to a deeper and more trusting relationship, with better outcomes for all involved.

One of the key messages from the Respectful Relationships initiative so far has been that successful, enduring, respectful relationships with indigenous community controlled organisations can be achieved through ‘deep listening’, transparency, flexibility and reciprocity – and avoiding the situation described above.

Here are some suggestions about what can be done:

This work will continue into 2018, with Woor Dungin and the Fellowship for Indigenous Leadership planning to develop guiding principles for philanthropic funders. 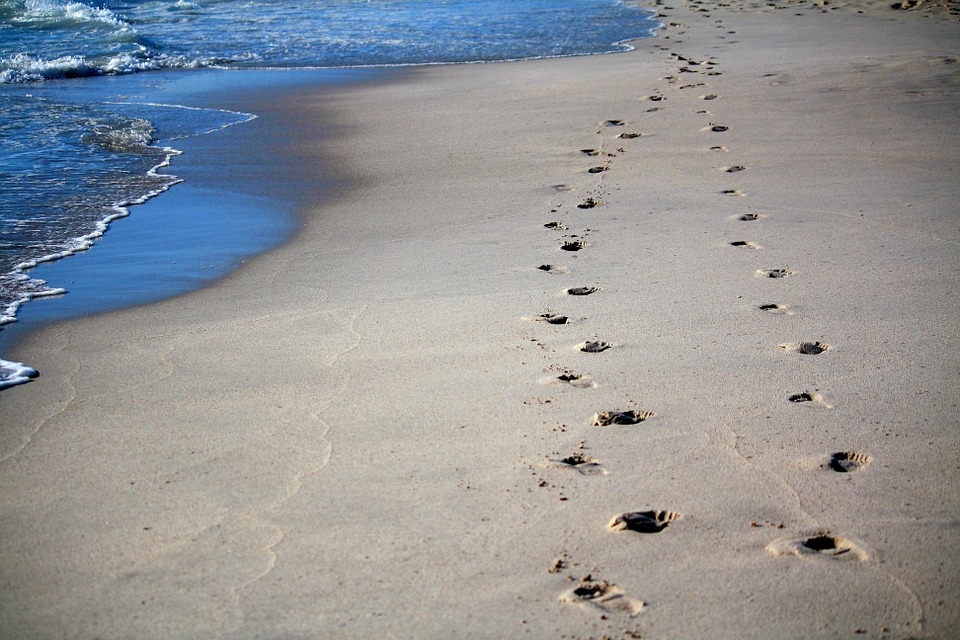 It will be led by indigenous people, working in partnership with people from the philanthropic sector.

As we go into 2018, my hope is to continue and deepen conversations about how philanthropy can more effectively address the power imbalance between grantmakers and grantseekers and apply what we learn to other cause areas as well. 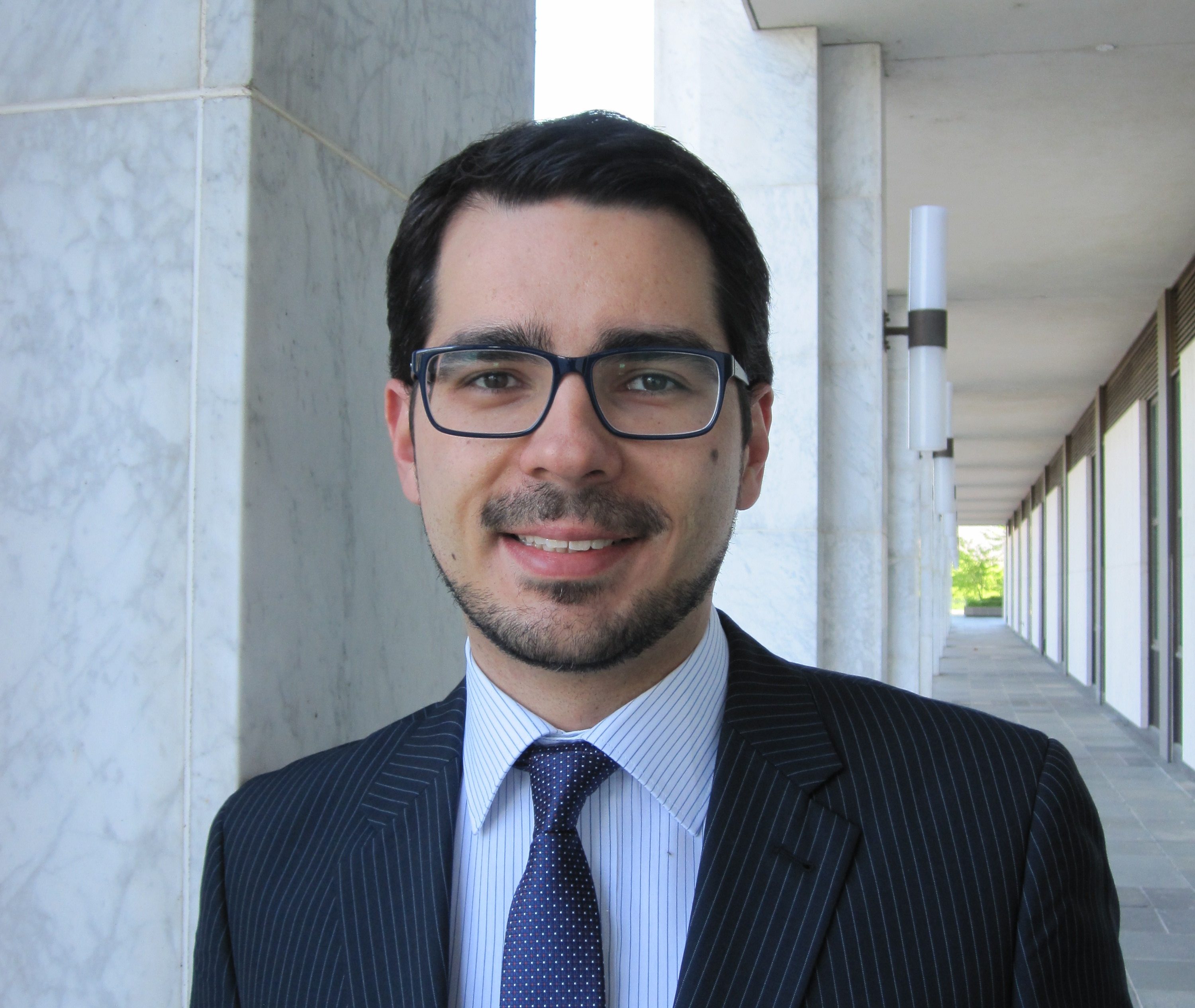 Krystian Seibert leads on advocacy for Philanthropy Australia, the peak body for the philanthropic sector in Australia. He is an advocate for the vital role philanthropy plays as a partner in delivering social and environmental change. He is an Adjunct Industry Fellow at the Centre for Social Impact at Swinburne University of Technology, where he teaches strategic philanthropy and grantmaking. Krystian was previously an adviser to a former Assistant Treasurer (Assistant Finance Minister) in the Australian Government, where he oversaw the delivery of major not-for-profit sector reforms such as the establishment of the Australian Charities and Not-for-profits Commission and the introduction of Australia’s first comprehensive statutory definition of charity, the Charities Act 2013.

Does philanthropy need a new story?