Muslim Americans gave $1.8 billion in zakat funding to domestic and international causes in 2021, according to a new report released by the Muslim Philanthropy Initiative at the Indiana University Lilly Family School of Philanthropy at IUPUI. 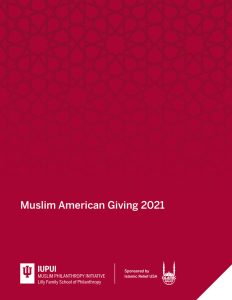 The average Muslim American household donated over $2,000 of zakat funds to charity. Zakat, the third of five pillars of Islam, is an obligatory act of giving. While there is no prescribed time for zakat or sadaqa, many American Muslims fulfil charitable obligations during Ramadan, when charity is emphasized. This year, Ramadan is being observed from 2 April through 1 May.

‘The Muslim holy month of Ramadan is an important time in the Muslim charitable calendar,’ said Shariq Siddiqui, assistant professor of philanthropic studies and director of the Muslim Philanthropy Initiative at the Lilly Family School of Philanthropy. ‘It is critical that nonprofit organizations and charities find meaningful ways to engage with Muslim-American donors around Ramadan.’