The ClimateWorks Foundation alongside the IKEA Foundation have launched a $12 million, three-year partnership to accelerate climate action and philanthropic engagement in Indonesia in collaboration with Indonesia-based civil society partners and other climate funders. 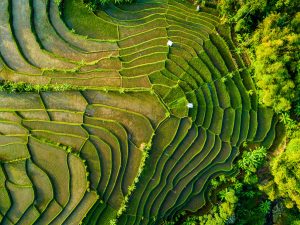 The funding will support Indonesia in its plans to advance its timeline to hit net-zero emissions, phase out its coal fleet, reduce its rate of deforestation, roll out a modest carbon tax, and support the expanded use of electric vehicles.

The new partnership will have a special focus on supporting ambitious, transparent, and measurable policy progress in the economic sectors that use the most energy – transportation, buildings, appliances, and heavy industries, according to ClimateWorks in a statement.

‘Given the scale of Indonesia’s emissions and potential for further growth, supporting the experts and advocates working to turn this emerging ambition into sustained action is an absolutely essential part of the global response to climate change,’ said ClimateWorks Associate Director Colin Kelly and IKEA Foundation’s Edgar van de Brug.

The partnership is one in a growing number of philanthropic alliances that are seeking to leverage funds for impact when it comes to climate actions, such as the $328 million partnership to reduce methane reductions backed by funders like Hewlett, CIFF, IKEA, and MacArthur and the $1.7 billion partnership supported by both philanthropy and government to help Indigenous and local communities protect forests.

For more on the partnership to support climate action in Indonesia, visit climateworks.org.