2020 estimates of racial equity funding off by as much as two-thirds. Actual figure far less, finds research

Roughly $11.9 billion in philanthropic capital was pledged for racial equity in 2020 according to Candid – however, new research from the Philanthropic Initiative for Racial Equity (PRE) has found that only $3.4 billion, or less than a third, has been actually confirmed as awarded by foundations and corporations in 2020. 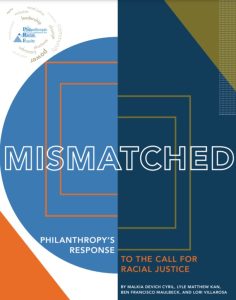 The findings were published in PRE’s report Mismatched: Philanthropy’s Response to the Call for Racial Justice, and is the most comprehensive assessment of racial equity and racial justice funding to date, providing a detailed analysis of funding from 2015-2018 and preliminary analysis of 2020. Most prior reports on funding for racial equity work in 2020 examined dollar amounts pledged, but PRE’s report looks only at actual confirmed grants awarded, the organization said in a statement.

The estimate of $3.4 billion is preliminary – based on institutional funders that have already reported detailed grants data for 2020 to Candid, and could grow as more data from last year comes in – nevertheless, it is an indication that prior estimates of 2020’s surge in racial equity funding were vastly exaggerated.

Within racial equity funding, PRE’s research has also found that an even smaller percentage was allocated specifically to racial justice work. According to the report, $1 billion – or one per cent of total giving in 2020 – supported racial justice work.

When philanthropy gets it wrong, it not only results in diminished funding for those on the frontlines of racial justice, it also dangerously diminishes the perceived scale and impact of movements like the movement for Black lives in public debate…

PRE makes a distinction between racial equity and racial justice, writing in the report: ‘Racial equity focuses on the prevention of harm and the redistribution of benefits within existing systems. … Racial justice focuses on power building and transformative goals, explicitly seeking to generate enough power among disenfranchised people to change the fundamental rules of society.’

Co-author Malkia Devich Cyril, a PRE Senior Fellow and veteran activist, outlined why getting these data correct is so important for the racial justice field: ‘When philanthropy gets it wrong, it not only results in diminished funding for those on the frontlines of racial justice, it also dangerously diminishes the perceived scale and impact of movements like the movement for Black lives in public debate, and fuels the kind of conservative backlash we are witnessing today. Bottom line is, philanthropy needs to put in the work to get the data on racial equity and racial justice right.’

‘This increase in funding didn’t happen overnight, as you might gather from previous coverage and erroneous reporting,’ said Lori Villarosa, PRE Executive Director. ‘In fact, funding for racial equity and racial justice has been growing steadily over the past decade, reflecting years of painstaking work on the part of both movement leaders and philanthropic advocates to integrate racial justice more deeply into grantmaking.’