25 years after … civil society in the Visegrad countries 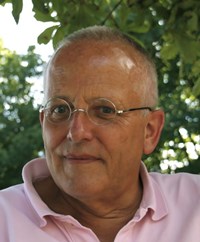 From 1975, when the Declaration of Helsinki, following the Conference on Security and Cooperation in Europe, was signed to ensure ‘respect for human rights and fundamental freedoms, including the freedom of thought, conscience, religion or belief’, clandestine movements in Poland, Hungary and Czechoslovakia began to challenge the political system.

Within a few years, despite oppression and government force, they grew into large popular movements of citizens who were no longer willing to tolerate the persistent violation of human and civil rights. In 1989, these movements wrote history. If it hadn’t been for citizen action, for courageous men and women who congregated in churches, met in secrecy, took to the streets and encouraged others to follow, the iron curtain would not have been lifted. Arguably, this was civil society’s finest hour.

Twenty-five years later, governments all over Europe would like to see civil society organizations (CSOs) confined to service provision under government regulation, while some researchers believe civil society can exist only in a democratic society. Also, since ’9/11’ security issues take priority, and governments tend to suspect non-governmental political action of extremism or even terrorism. At the same time, CSOs have taken on new responsibilities, as neither the welfare state nor the traditional mechanisms of government are successfully meeting the challenges of the 21st century.

Against this backdrop, one may well ask what has become of civil society in Central Europe 25 years after 1989. Anna Domaradzka from Poland, Miroslav Pospíšil from the Czech Republic, Boris Strečanský from Slovakia, and Máté Szabó and Eszter Márkus from Hungary – experienced researchers from four countries now known as the Visegrad countries after an alliance formed in Visegrad Castle in 1991 – joined the Maecenata Institute’a research team to conduct a comparative analysis of organized civil society in these countries, and to determine where support is most needed. Existing studies were evaluated, focus groups were assembled, and experts were interviewed on specific issues. An overview of data, research findings and publications was published in English in July 2014; a detailed academic analysis, again in English, will follow in early 2015.

Not surprisingly, it was found that after 1989, in all four countries, the number of CSOs mushroomed, but within a few years membership and political status plummeted. A divide developed between traditional organizations like the Red Cross and sports clubs on one side and CSOs arising out of the civil rights movement on the other.

Today, the picture is quite diverse, both by country and by field of activity. Poland can build on a stronger civic tradition than the Czech Republic and Hungary. Where service provision is the main activity, CSOs rely on government funding and are widely seen as government agencies. Where this is not the case, they face a struggle to survive. Slovak CSOs are comparatively strong in education, while community development and housing are strongest in Hungary. Culture, religion, health and social services are strongest in the Czech Republic. Activities of Polish CSOs are more evenly balanced between these areas.

Capacity building is the main concern in all four countries. CSOs need help to be able to fulfil their role as watchdogs, change agents and a political force. Ongoing research is lacking. This sounds all too familiar! It is fair to say that as far as CSOs are concerned, the period of transition is over. Twenty-five years after 1989, they share the aspirations, the shortcomings and the challenges of all CSOs in Europe and beyond.

Rupert Strachwitz is director of the Maecenata Institute for Philanthropy and Civil Society in Berlin, Germany.