The National Lottery Community Fund and The Ubele Initiative, on behalf of The Phoenix Way Partners, announced a new £50 million partnership aimed to boost funding and support to Black and minoritised Community charities and grassroots groups over the next five years.

‘The Phoenix Way’ will create a series of national and regional panels, made of leaders and decision-makers from Black and minoritised community-led charities and grassroots groups from across England. 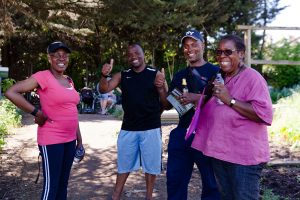 The Phoenix Way National Steering Group will work with The National Lottery Community Fund to identify national and regional priorities and award funding to Black and minoritised community-led charities and grassroots groups that are best placed to support their communities to thrive.

It builds on The Phoenix Fund, a £2.4 million community-led fund co-designed and co-led by community leaders from across Black and minoritised groups in England in partnership with The National Lottery Community Fund, The Ubele Initiative, and Global Fund for Children.

The new initiative will help to facilitate engagement with Black and minoritised community-led charities and grassroots groups to enable them to access funding and support that have previously failed to reach them and have been difficult for them to access.

‘This £50m investment in The Phoenix Way allows partners to connect directly with those with lived experience of racism and racial disparities and work together to offer innovative and creative funding opportunities in response to identified challenges,’ said Yvonne Field, Founder and CEO at The Ubele Initiative.