A wake up call for funders 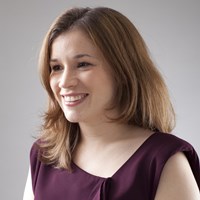 If you wanted to talk to a fellow funder about collaboration six years ago, you’d be talking to yourself—so said  one of our speakers at an event on the topic last week. Over sixty people came to debate the whys and wherefores of collaboration, which certainly seemed to imply it is beginning to gain currency today.

The basis of stronger collaboration producing “collective impact” has become a rallying cry for many funders seeking to address complex economic and social issues. It stems from the idea that systemic change will require cross-sector coordination—a shift away from the isolated intervention of individual organisations. Notable proponents include Bill Gates, whose foundation has collaborated with the World Health Organisation, Unicef and the National Institute of Allergy and Infectious Disease, to name a few. Elsewhere, partnerships are flourishing in the shape of networks of learning, pooled funds and giving circles—models designed to help funders give more effectively.

In the UK, the hole in funding left by the state’s retreat from the charity sector has given added impetus to this development. Funders hope that by working together to prevent replication, to understand what works and where their money could blend, they might step in to fill this gap.

But although funders seem more willing to work together, the collaborations themselves can be tricky to get off the ground. One of the main barriers is a lack of information about funding flows; for a new funder working in an area, it can be difficult to find out who they should talk to. This is one reason why NPC welcomes Indigo Trust and Nominet Trust’s joint initiative, Open Philanthropy, which seeks to publish information about which organisations UK grant-makers are funding, helping donors with smaller networks get a handle on who is funding similar work and so who they might approach.

Even when funders are working on the same issues, idiosyncrasies of approach can make it difficult for them to come together. Most funders, even professional ones, have strong personalities. The trick, according to those who have successfully navigated collaborations, is to find funders that add to your work rather than do exactly the same thing. This contributes to a more holistic approach, allowing you to tackle more of the problem, and also makes it less likely that there will be a head-on difference of opinion that could derail the project.

One thing we have noticed at NPC is that the UK feels behind other countries when it comes to collaboration. In the US, for example, funders appear more willing to team up around social issues, possibly because larger funders (like Gates) are pushing for collaboration. Perhaps funders are compelled to work together by the scale of problems in international development. Or maybe successful collaborations pave the way for new collaborations and we just need to try it more often in the UK.

Bill Gates, the world’s richest man, understands that on its own his funding is unequal to the task. Surely this provides some sort of wake up call to other philanthropists.