The lack of tailor-made legal forms for social enterprise in many European countries makes it difficult for governments to design and apply policy support or fiscal incentives, inhibiting the sector’s development, the report from a two-year legal and policy mapping study concludes.

Though the legal landscape is different across Europe, European Union policymakers should support separate national legal structures for social enterprise, rather than trying to negotiate a single EU-wide solution, according to the report, which the European Commission assigned to the management consultancy ICF and the law firm Bates Wells Braithwaite.

The study mapped social enterprise across the EU using a common definition and approach to social enterprise. It also mapped the national policy and legal framework for social enterprise in each country. The study, based on the research and knowledge of legal experts in 29 European countries, also resulted in the creation of the European Social Enterprise Law Association.

The legal report also recommended that countries be supported in:

The report also cautioned that countries remove barriers or unnecessary restrictions on:

The report may be downloaded from http://www.esela.eu. 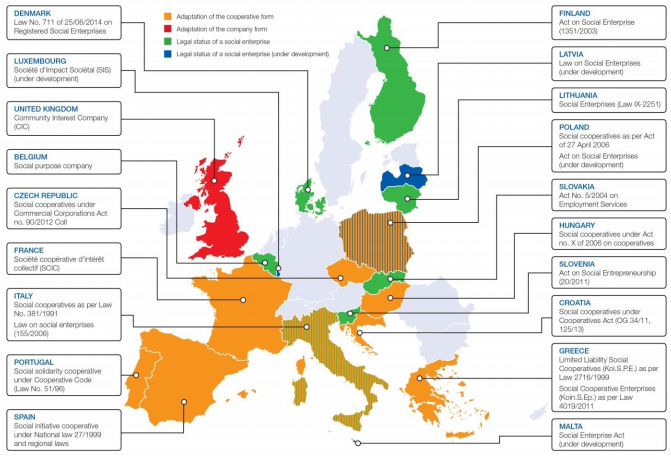