Over 40 philanthropy professionals, academics and migration experts gathered at The Foundry in London to discuss the topic and hear from speakers including special feature guest editor Ayesha Saran from Barrow Cadbury Trust, Alex Sutton from the Paul Hamlyn Foundation and Michael Diedring from the European Programme for Integration and Migration. The event was chaired by Charles Keidan, editor of Alliance.

Ayesha opened the discussion by reflecting that when she and the other special guest editors started working on the March issue in the latter part of 2015, they wondered if the crisis would be over before the issue went to print. Yet, Saran noted that the situation has only intensified with chaos at the Macedonian border, the EU’s controversial deal with Turkey and the upcoming EU referendum in Britain which has the issue of immigration at its heart. 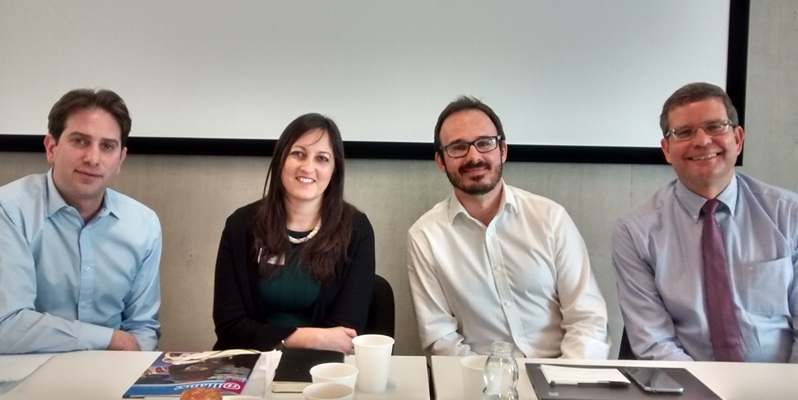 As Michael chillingly stated, there are 60 million displaced people right now, the most since World War Two, and almost double the number a decade ago. While Europe is experiencing unprecedented numbers of refugees, Turkey is currently hosting over 3 million and Lebanon 1 million (20 per cent of their population). Of those who are refugees, 36 per cent are children and many are travelling alone leaving them extremely vulnerable.

The response to the crisis has varied across Europe with Sweden accepting refugees until they could no longer guarantee reception places, Germany opening its borders to large numbers and, regrettably, Britain and other countries, mindful of the strain on already over-stretched public services, refusing calls for each nation to take a quota of refugees.

The initial response from private philanthropy to the refugee crisis has been slow in part because it does not have the funds or resources for large scale action. Also, traditionally many foundations have taken a more long term approach to funding in order to create permanent solutions rather than ‘firefighting’.

Despite this many private foundation are asking: what can we do and what opportunities are there for change? Across the board, it was felt that philanthropy could play a role in influencing civil society and their respective governments, because while there has been some strong responses from civil society, with many volunteering time and money to help – public attitudes for the most part remains hostile and the response from governments in many countries has been in turn detrimental. For more on changing public opinion, the speakers encouraged attendees to read Will Somerville’s article in the Alliance special feature.

Philanthropy should focus on long term solutions as the ‘refugees crisis may become the new normal.’  The Paul Hamlyn Foundation, which was founded by a migrant who sought refuge in the UK from persecution, is planning to tackle this by supporting undocumented migrants in the UK, following a recent strategy review.

Another question posed was about the priority given to refugees and other groups in need. Could a focus on refugees divert attention from other migrants? Should philanthropy be helping undocumented migrants? How can we assist the most vulnerable refugees and migrants without leaving other groups behind? In particular, as Ebba Augustin argues, we need to look at this issue with a gender lens. According to UN High Commissioner for Refugees (UNHCR), 78.5 per cent of those arriving in Jordan are women and children under 18 years of age as opposed to 42 per cent in Europe.

Next up
Our July 2016 breakfast club will focus on the topic of our June special feature: Climate philanthropy after Paris. Details to follow.