We are very pleased to announce the appointment of Charles Keidan as Acting Editor of Alliance magazine.

Charles joins the organisation with over a decade of philanthropy sector experience having previously worked as Executive Director of Pears Foundation and more recently the Oxford Centre for the Study of Philanthropy as well as teaching and research roles at Stanford University and City University London. 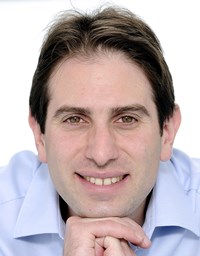 The Board of Trustees and all Alliance staff are enthusiastic about this appointment. We are planning many new developments for 2016 and we look forward to continuing to serve the sector and expand Alliance’s reach with Charles onboard for the first half of the year.

Alliance will be recruiting for a permanent Editor in the New Year.

Speaking of his appointment, Charles said “I am delighted to assume the role of Acting Editor of Alliance. During the decade that I have read and contributed to the magazine, I have come to regard Alliance as an invaluable source of insight and expertise on philanthropy. I know this view is widely shared across the global philanthropy community so it is a special responsibility, and honour, to take on this role. I look forward to working with the Alliance team and to building upon deep foundations laid by the Alliance Publishing Trust Trustees, the Editorial Advisory Board and, in particular, long-standing former editor, Caroline Hartnell.”

Charles can be contacted at charles@alliancemagazine.org