Sanctions are blowing holes in the Russian economy. Meant to put pressure on Putin and his closest allies to stop the invasion of Ukraine, the sanctions – deemed ‘economic warfare’ by the West – are having a direct impact on the average Russian citizen in their everyday life.

How are these economic measures impacting philanthropy? To understand, Alliance reached out to philanthropy practitioners across Russia with a set of questions. The interview below is being published anonymously to protect the source.

What’s it like to work in a philanthropic organisation or foundation in Russia right now?

First, it is about navigating a terribly complex and ever-changing environment which is full of risks – personal, reputational, financial etc.: from trivial problems like the inability to use a credit card outside Russia (Visa and Mastercard stopped working in Russia) or travel (close to no plane connections with the world), to keeping the team together (as people may have opposite views and turn their differences into work-place conflicts), to serious moral dilemmas about what to say in public in the context of severe censorship with criminal consequences without failing the integrity and values of your institution. On top of that, it is also a matter of time when almost all philanthropic money in Russia will be considered ‘tainted’ by the outside world due to growing sanction lists, and even these funds will probably diminish considerably as Russian high net worth donors, corporate funders and, by extension, their foundations, will take the hit of sanctions and economic downturn.

How has the current situation changed how you operate?

So far it mostly affected us in terms of watching for political risks. It was the case before too in the context of laws on foreign agents and undesirable organisations, but the risks feel more acute and their consequences moved from administrative to criminal. 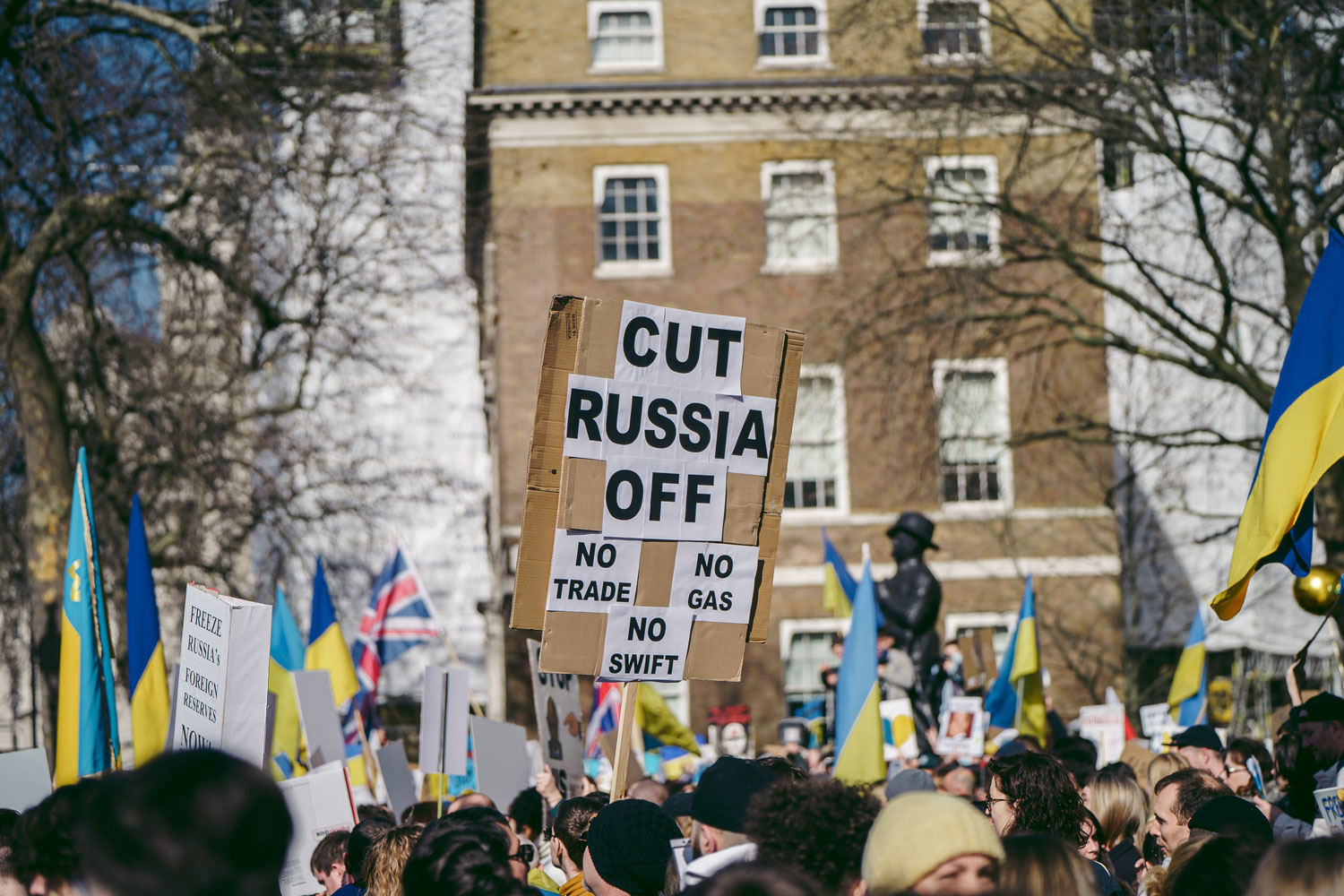 In what ways, if any, have western imposed sanctions impacted your work?

It is a mix of western sanctions and Russia’s self-imposed restrictions really.

Activities: it is obvious that some of our donors/partners would no longer work with us due to their changed circumstances (for example international companies exiting Russia) or due to the political risks (for us being associated with bi-lateral donors from ‘unfriendly’ countries is no longer safe). In terms of our grant-making we will continue along the lines that were adopted during the pandemic: flexible terms, focus on NGOs’ resilience, support to groups affected by the situation (refugees, vulnerable families, creating economic opportunities etc.)

Financial: cross-border transfers are no longer possible with most of the countries, as a result, we can’t receive some of the funds we counted on and make grants they were supposed to fund; our staff that chose to leave Russia have no direct access to their bank accounts in Russia where their salary is paid; we would have to move to a different bank as our current bank plans to exit Russia. We would eventually have to review our budget for 2022 and create a cost-cutting plan.

Communications: As Russia banned Facebook and Instagram and is about to ban YouTube, our comms would have to be switched to alternative channels such as VK (Russian version of FB) and Telegram. We may have to switch to alternative services for mailing, online conferences etc – as they are either no longer available or we may not be able to pay for them anymore. We are also monitoring comms risks due to new restrictive regulations. Another problem is that as independent media in Russia has been killed or blocked, getting our message across has become problematic.

What are the greatest needs in Russia right now? Have philanthropic foundations and philanthropists in Russia changed the scope/focus of their work since the conflict began, for example, is there a greater focus on supporting families whose livelihoods have been affected?

Apart from expectations of growing poverty, I believe special efforts should be made for our society to remain open, with access to independent information, the ability to protect human rights and preserve interacting with the rest of the world (including professional connections and overall mobility). As a lot of people flee the country, we need to make sure that remaining civil society leaders are properly supported and nurtured, to keep the flame going.

Have your interactions with philanthropic colleagues and networks outside Russia been impeded?

Luckily, we feel a lot of support from our partners and colleagues, they are very mindful of the harsh situation we find ourselves in. But inevitably we will be excluded from international face-to-face meetings due to our inability to travel.

This article is being published anonymously owing to the unsafe conditions for Russian citizens speaking out about the war in Ukraine and its impacts.

Thank you for sharing this - our charity supports a group of families in Russia and we feel very cut off from them and afraid to post anything in public in case they get into trouble. And of course their funds from us have stopped abruptly and we don't know what if anything we can do about that. We just keep praying for peace. A return to the Cold War situation is simply untenable.

Let us hope that despite the obstacles caused by sanctions, Russian philanthropy will do its best to protect human rights and ensure that civil society leaders -- especially those protesting Russia's war on Ukraine - are nurtured and protected. And/or that Russian philanthropy will support innocent victims of the war in Ukraine as well as Ukraine's civil society, which has been even more severely impacted by the war than civil society in Russia -- thus helping to make up for the crimes perpetrated by its government. It is not the West which deems sanctions as 'economic warfare.' That is the Kremlin's label. Rather, Western sanctions are a tool to try and stop the Russian military's unjustifiable invasion of a neighboring, sovereign state.