A lack of data is considered a key hindrance to the rise of sustainable investments, according to a new report by WHEB, an asset management firm specializing in the investment of clean energy and natural resources. Its 2016 impact report suggests that sustainability solutions can be a source of investment returns.

Through their FP WHEB Sustainability Fund, the firm invests in companies that derive the majority of their revenues from products and services that help achieve the UN’s Sustainable Development Goals (SDGs). According to the report, 80 per cent of the fund’s revenues have a positive impact and support the attainment of seven of the 17 SDGs. 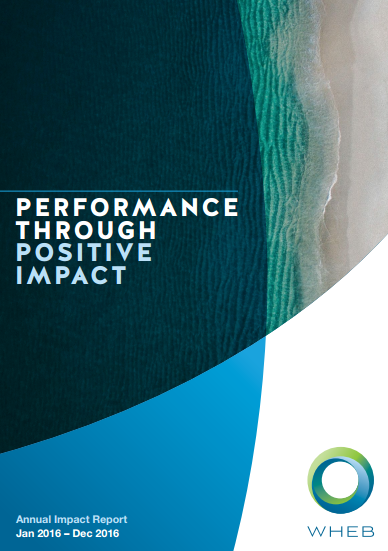 The fund is able to directly support SDGs through its investments, including 35 per cent of the fund invested in companies that ensure healthy lives and promote well-being (goal 3).

Nineteen per cent of the fund comes from companies that support industry, innovation, and infrastructure (goal 9).

Additionally, 15 per cent is invested in both clean water and sanitation (goal 6) and affordable and clean energy (goal 7).

During 2016, the fund’s assets under management increased by 51 per cent to £124 million, and by the end of April 2017 it increased further to £154 million. There was also a more than 10 per cent increase in the fund’s investment returns.

WHEB joins a gradually growing flock of companies, such as the Netherlands’ largest pension managers, PGGM and APG, who agree that measurable impact can be achieved at market-rate returns.