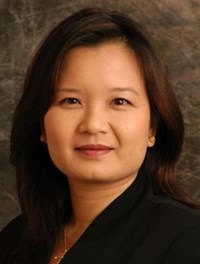 As venture philanthropy evolves, where and how resources can be deployed for the greatest social impact becomes an increasingly complex challenge. It is inevitable that intermediaries will grow alongside this evolution – to serve those new to the sector, and assist others in more efficient and impactful delivery of financial and human capital.

As a former operator of an intermediary myself, now in the role of a capacity-builder, I found it particularly poignant to moderate a breakout session to make the case for using human capital intermediaries in venture philanthropy, at the recent Asian Venture Philanthropy Network Conference in Singapore.

It was poignant because in the 10 years that I’ve been engaged in the philanthropy and social finance sector, much has changed and yet much has stayed the same.

What has changed? There was a better appreciation for the role that intermediaries played in the social ecosystem. The audience commended how intermediaries facilitated between capital providers, like social investors, and capital recipients, like charities or social enterprises. Namita Vikas, senior president and country head for YES Bank, talked about how intermediaries helped them mainstream CSR and sustainability in a complex environment. 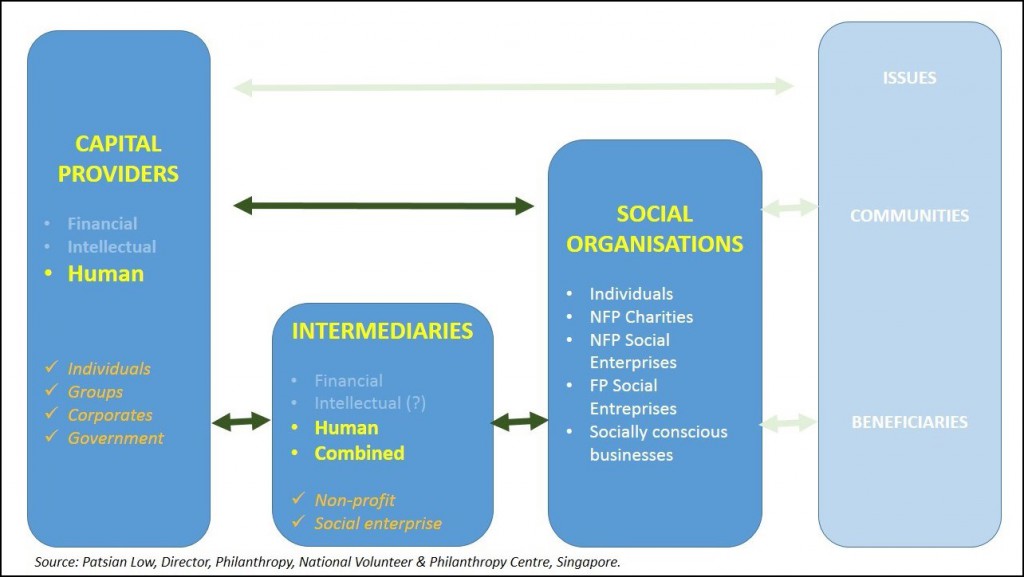 Presented at the AVPN2014 conference

There are now more ways to intermediate human capital than just matchmaking. Tomomi Shimizu from the Kamonohashi Project received the placement of highly skilled volunteers on short term projects in Cambodia about human trafficking; Sadeesh Raghavan, a committee member of the Acumen Fund, talked about customized project management by intermediaries for their investees; YES Bank used aggregator portals like iVolunteer for employee volunteering programmes.

Most positively, social organizations are now beginning to champion the benefits of working with intermediaries. Tomomi shared how her skilled volunteers benefited from intermediary services, so her organization maintained a small budget for such engagement. The audience learned about how some European funders gave intermediaries part of a grant arrangement for successful project design, proposal and engagement of an implementing NGO partner. Many corporate sector representatives in the audience also strongly championed the importance of intermediaries to CSR programmes.

On the other hand, some old challenges bubbled to the surface. The complexity and fluid nature of an intermediary’s job is more apparent than ever. Sadeesh Raghavan emphasized that the intermediation process is more an art than a science – all stakeholders need to be open and ready to work with intermediaries. Namita reaffirmed the importance of strong relationships between the intermediaries and stakeholders.

Peter Yang, executive director of Empact, a Singapore-based intermediary, aptly described his role as a ‘trafficker (of skilled volunteers)’, an educator, a needs analyst, a language translator, even the ‘bad guy’ to intervene when a process is not working.

Clearly there is recognition of the value of human capital intermediation services, and that they require complex skill and competency to deliver. Why, then, do so many intermediaries (particularly those that are social enterprises) find it hard to be sustainable?

Jonathan Jenkins, CEO of Social Investment Business Group, pointed out that although there is strong government funding, because funders and social organizations still cannot fully align and accept paying fair value for intermediary services, many intermediaries in the UK struggle with sustainability. This was further borne out in Singapore: when asked how many in the room were willing to pay for, or fund the engagement of, intermediary services, few hands went up. The audience also mentioned the complication of intermediaries facing ‘competition’ from pro-bono hours offered by for-profit consultants. Peter Yang pointed out that ‘demand should pay’ – but today it appears demand is still not quite convinced.

The virtuous cycle of intermediaries demonstrating value to customers that will pay for it is still in its early stages. Little wonder then, that Peter and others like him continue to pitch for investor funding and government grants to continue their work. Social investors may want to consider stepping up to ease the sustainability frustration through more grants that support the engagement by social organizations of valuable intermediary services. Other growth stage funding to alleviate an intermediary’s overhead pressure can help it focus on improving value proposition and build market share.

The sustainability challenge for any social organization is real enough. Imagine a future when intermediaries that brings helpful resources to these organizations are themselves viable and sustainable – the multiplier effect of their impact throughout the social ecosystem will be exponential.