“Because you’re worth it” exploring some alternative images of ‘foundations’

Those of us interested in philanthropic foundations face an important existentialist question: What are these creatures? Nielsen famously equated foundations to giraffes in the organisational jungle, while Whitaker considered them as resembling Don Quixote in limousines. Yet, detailed understanding of foundations is hard to come by. A quick search for ‘foundations’ on Google or Wikipedia reveals pictures of construction and cosmetic make-up; speak to a mature friend, and foundations may well evoke an altogether different image: girdles, corsets, undergarments. In each case, philanthropy tends not to be the first thing that is revealed. This, however, does offer an interesting opportunity for addressing our question. What does the imagery of foundations in construction, make-up, or, for that matter, undergarments offer to our understanding of philanthropic foundations?

Foundations as construction
Looking at foundations from a construction perspective provides a basic but important lesson: there is a diverse spectrum and you generally cannot do without them. Foundations might be shallow or deep. They can range from a simple padstone, aimed at lifting a wooden building off the ground, to pilings, supporting a grand archway through which dignitaries habitually pass, and complex interlacings of steel and concrete that anchor far-reaching bridges. They cover ancient practices and traditions, as well as more recent developments in science and engineering.

Laying foundations takes time. It requires an understanding of the environment one is faced with. Building on sand, providing inadequate support, or using materials unsuitable to environmental conditions spells disaster: superstructures sink, crumble or rot. While remedies can subsequently be put into place, these are often more time intensive, intrusive and costly than if proper care and consideration had been taken in the first place. Furthermore, the bigger and wider the foundation, the more disruptive it is, at least initially, to the environment within which it is placed. Such disturbance might be warranted, even necessary, if the end result is harmonious. However, we have all seen constructions that unnecessarily dominate the landscape instead of blending in or enhancing it. 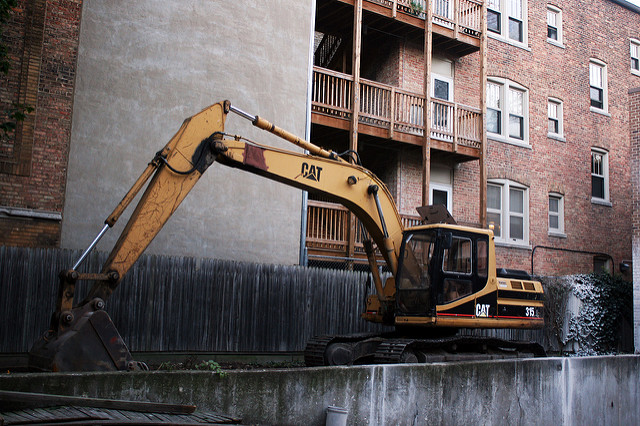 Although foundations are normally designed for one specific structure, there is an underlying expectation that they are actually built to last. To remain effective, foundations thus need an inbuilt degree of flexibility. Potential future changes, growths and developments in the supported structure need to be considered. On the one hand, this might lead to overkill, where unnecessarily massive underpinnings are provided for something relatively small and teeny; on the other, there is no point in being too tight if initial provisions are quickly likely to prove insufficient or inadequate.

Once in place, foundations necessarily vanish from plain sight, performing an essential, invisible, even taken for granted, task until accidentally or deliberately disturbed. In the sands of time, one often finds foundations that are the last remnants of former buildings. While these foundations might have lost their initial purpose, they offer often attractive and tantalizing glimpses into the past and historic lessons. At times, if used wisely, they can even provide the basis for something new.

Foundations as make-up
As a cosmetic, foundations can be transformative. While in some societies its use may be vilified, banned or ruinously expensive, in most, foundation cosmetics are marketed widely as having personal and social value. They can cover and camouflage imperfections, deal with visible flaws, change complexions, and assist in constructing a persona. They can temporarily make you feel good about yourself and cast you in a specific light, on public and private stages: younger, older, different, conforming. Foundations do, however, require care in application. Whether as vanity or therapy, there is a fine line between enhancement and appearing brash or vulgar; an amateurish application where expert skill is needed can ruin the overall impression. 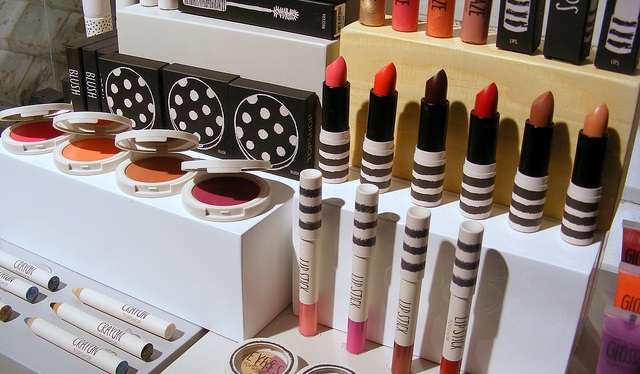 Traditionally, it was often customary that you learnt the skills for applying foundations from within the family or friends. Now, there is a thriving market of professionals who offer their services. These are part of a burgeoning industry, continuously designing new products with evermore bold, sometimes almost unbelievable, claims. Navigating the field and separating fact from fiction is increasingly difficult. Caution is of the essence: What is the basis for any product claims? Might there be any side-effects or even toxic ingredients? Do you really need a Max Factor look to achieve impact? What are the relative merits of different brands when compared to their direct and indirect costs and achievements?

Notwithstanding an industry ambition to address diverse needs, the spectrum of skin types has often presented challenges for foundations; they do not always work for everyone. Thus, once you have found a product that you are content with, you might be inclined to stick with it. While it seems obviously wrong to blindly follow the foibles of fashion, this presents the danger of getting trapped in a rut, to miss changes in what is fashionably and appropriate. As such, you might resort to not using foundations at all, or to pretend that you are not using them by going for the no-make-up look, sometimes the most difficult and expensive one to pull off successfully.

Foundations as undergarments
Some might consider a discussion of foundation garments to be inappropriate. After all, these are private matters. What, if any, undergarments one wears and how much one spends thereon is an intimate choice that is usually not shared freely or widely. However, unpacking this idea provides some further insights.

Aimed at offering a pleasing, shapely, look, foundation garments provide a corrective function. Even if there might be wobbles, they promise to hold things in. They offer to present a smooth and controllable picture, often at considerable expense. Sometimes, though, foundation garments can promise too much and push things too far, their wearers becoming overly ambitious, hopeful or desperate. In those instances, the result can be rather uncomfortable, to both the wearer and the onlooker. Foundation garments also need to be appropriate to what is worn on top, and in line with the overall ensemble. Although what used to be undergarments are nowadays frequently worn uncovered and in their own right, they tend to work best when not seen or appearing not to be there.

Whether or not foundation garments are appealing, they have always got political connotations. In line with times and fashions, they mould people into specific shapes; they are expressions of what is desired and what is undesired for, and by, different parts of society. As a medium of control and conformity, foundation garments can thus work against, rather than with, anatomy. Indeed, if they are too tight, they become positively dangerous: they can strangle, suffocate, and cause serious medical harm.

Because you’re worth it?
In recognizing that foundations have far more prominent meanings than that of the formal charitable institution, we are not simply being facetious. To consider foundations as pertaining to the security of buildings, or to the actor’s means of concealment, or to the magical means of making shapely the unshapely, is to do more than to simply provide an alternative to the spectrum of traditional foundation analogies found within the literature. The implicit or potentially shared features for each of our three images reiterates important lessons. They remind us that foundations’ work is likely to be best when it is minimally visible, crafted or chosen with care, capable of justification, and open to technical improvement and developments; its worst occurs when visibility is sought for its own sake, when there is mismatch between the task being performed and the looked-for result, when a mask of what is happening encourages unrealistic expectations and beliefs about the impression being made and the end-result, and when its relative strength becomes too dominant or too prominent in its environment.

It is striking, that each of the three meanings of the foundation term encourages a sense of individualism: the best-engineered foundations for this particular building, the art of cosmetic concealment ideal for a certain skin-type, the vital undergarments to create a ‘new you’. This parallels, or echoes, the ever present assertion that ‘when you’ve seen one foundation…’ among philanthropic foundations, creating the paradoxical context where tribalism is expressed through being singular, not similar.

Of the three foundation meanings we looked at, it is the cosmetic notion that we find the most striking in addressing our original question: a foundation as the product that simultaneously conceals, enhances, beautifies and protects. While the cosmetic industry’s advertising encourages self-awareness and self-belief, it also promotes images of power and of personal entitlement that can be purchased – because you’re worth it – that present an ongoing challenge to the work and perception of philanthropic foundations within the wider foundation landscape.