EFC AGA 2016: Breaking the iron curtain between investing and grant-making

Private companies have the purpose to make money. Civil society organisations want to do good. Foundations need to do both – make money through investing their endowment, and contribute to social change, based on their values and mission.

This hybrid character of foundations – the challenge to match the mission with the need to make money – can lead to contradictions. This is especially the case if foundations want to contribute to tackling the interconnected root causes of the multiple crises the world is facing today, may it be climate, migration, civic space or inequalities, to mention just a few. As Matthieu Calame, director of the Charles Léopold Mayer Foundation said: ‘When you want to be transformative, you have to face your own contradictions, which is very uncomfortable. It’s easier to do charity!’

The question of the ‘iron curtain’ between grant-making and financial asset management was at in the very centre of the discussion in the session ‘To divest or not to divest – What is the question?’, which took place at the European Foundation Centre Annual General Assembly on 26 May 2016. In many foundations there is no alignment of the investment policies with the values and mission of the organisations – an absurd situation, considering that the impact of investments is much higher than the effects of the grant-making – simply because of the much higher amounts of money involved. But many foundations still tend to manage their capital mainly along financial considerations.

There are of course a few negative investment criteria in most foundations, such as excluding investments in tobacco, gambling or pornography (76 per cent of British foundations have some kind of negative screening, according to research presented by Kate Rogers from Cazenove Charities). Still the percentage of foundations divesting from fossil fuels still remains marginal. 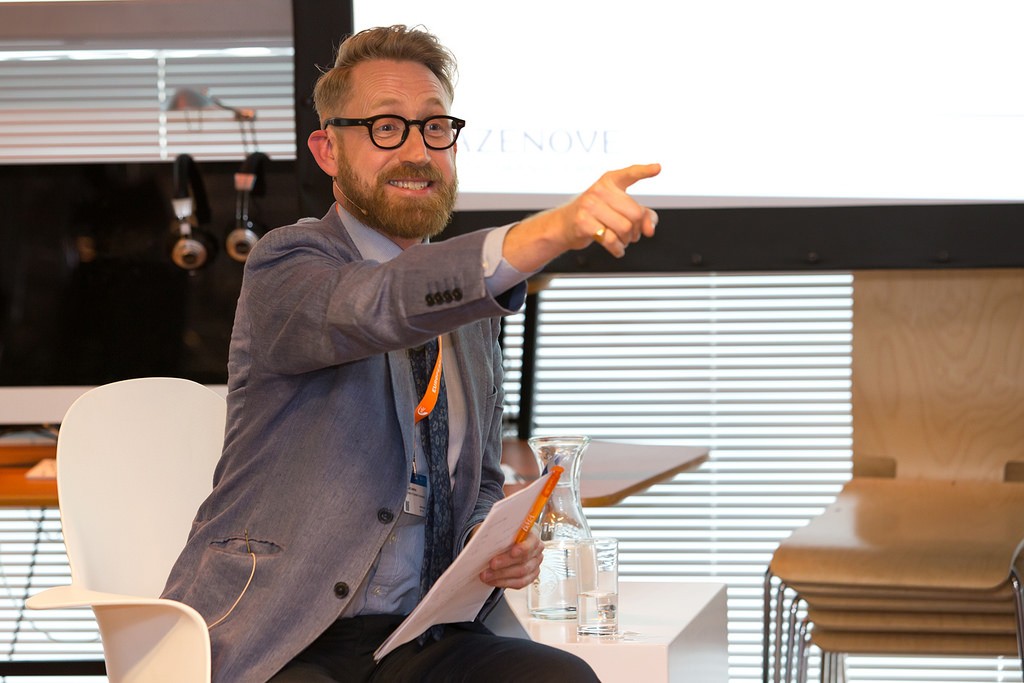 Richard Jenkins, who led the session.

For Boudewijn de Blij from Fonds 1818, the priority was clear: ‘We want market returns to spend it through grant-making. The people we give the money to are not interested in how we make our money!’ But what if the impact of the investments contradicts the mission and values of the foundation? This is where foundations have a responsibility to break the iron curtain between financial management and grant-making, and think about how they use their money – both grants and investments – more holistically.

There are great examples of impact investment, for example within the social and solidarity economy, showing how foundations can use their assets pro-actively to support their mission – ideally in close collaboration with their grantees and social movements. The German Bewegungsstiftung (Foundation for Social Movements) for example has ambitious ‘Ethical Investment Guidelines‘ since its creation 13 years ago. And at EDGE Funders Alliance (‘Engaged Donors for Global Equity,’ a transatlantic network for systemic change philanthropy), the Ethical Investment working group is exploring this question through a series of webinars, where foundations can discuss these challenges between peers.

Kate Rogers said in the session that they chose the title ‘Intentional Investing’ for their report, instead of talking about ‘ethical’ or ‘responsible’ investment, as this would imply that conventional investments would be ‘unethical’ or ‘irresponsible’. Well, I’d say that this is what they really are: it is irresponsible in 2016 to continue financing the fossil fuel industry, and unethical for value driven organisations to perpetuate extractivist capitalism through investments solely based on financial considerations. Investments are always ‘intentional’, but unfortunately too often the sole intention is to maximise return.

In order to increase the impact and leverage of philanthropy to address today’s challenges, we have to break the iron curtain between grant-making and investment, and introduce ethical criteria systemically in the management of the capital.

Tobias Troll is a director at EDGE Europe.
tobias@edgefunders.org