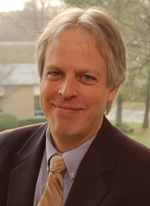 With more than 1.8 million NGOs, $1.5 trillion to $2 trillion in annual revenues and one in ten of all US workers, America’s non-profit sector has become the largest in the history of the world. In addition, it has seen record-breaking expansion as the sector has been growing significantly faster than the for-profit sector for decades. But as the US faces the government budget deficit and the roll out of tax increases on the wealthy, both government funding and individual contributions are likely to constrict. As the non-profit sector finds itself at this critical juncture, all of us need to know that charitable dollars are being used as effectively as possible.

While it is unimaginable that any private investment of this magnitude wouldn’t require a measurable indicator of the result, that’s not the case in the non-profit sector, where we aren’t assessing the social value that most expenditures lead to because the vast majority of charities do not publicly report meaningful information on the results of their work. As a consequence, donors have to rely on proxies (such as financial metrics and indicators of governance practices) to make their social investing/charitable giving decisions. Although at Charity Navigator we believe strongly that financial management and good governance practices are important and should be considered carefully in making an informed decision about which charities to support, it is not the same as knowing directly if the charity is truly creating the results it aspires to.

This state of affairs is completely unacceptable. In a day and age when we can access data on virtually anything in nanoseconds, it is long past time for charities to get serious about reporting on the results of their work. Charity Navigator plans to help move the bar on results reporting. We know this is possible because since we launched a revised rating system in 2011 that included metrics that measure governance and related best practices (called CN 2.0) approximately 50% of the charities we evaluate have made changes to their governance and other practices to meet our new standards.

Now we are moving into the ‘final frontier’. In January we introduced a new results reporting dimension to our evaluation of charities. The overall system is now called CN 3.0 and includes three dimensions: (1) financial health, (2) accountability and transparency (especially governance practices) and (3) results reporting. The five core elements that make up the results reporting dimension of our methodology were designed to evaluate the way charities report the results of their work. This is the central question that must be answered – so that the donating public gets the best return on their social investment and so that those people who need to be helped get the best services possible. If we win this ‘battle’ for the soul of the non-profit sector, many more people will be helped in a meaningful way and the world will be a much better place. That’s the outcome that really counts!

Ken Berger is president and CEO of Charity Navigator, the largest charity evaluator in America.