A boom in philanthropic giving from China’s big tech billionaires has coincided with a Beijing crackdown on the outsize influence of big tech giants. 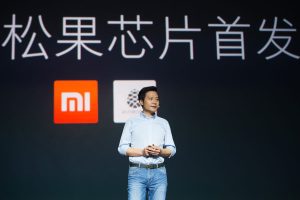 According to Fortune, five of China’s richest and most high-profile tech billionaires have pledged at least $13 billion of their personal or corporate fortunes, a sum that far exceeds previous years’ totals. Some of the recent gifts include $2.2 billion from Xiaomi chairman Lei Jun to his own foundations; $500 million for education causes from Tencent co-founder Chen Yidan; and Colin Huang, founder of the online grocery platform Pinduoduo gave away $1.9 billion.

‘It’s hard to believe there is not a direct connection between…the recent generosity and the ongoing government crackdown. They all now must be aware they could be next in Beijing’s crosshairs and that by demonstrating this largesse, they might insulate themselves at least a little from any future state action,’ said Dexter Roberts, author of The Myth of Chinese Capitalism.

Experts say that while charitable contributions won’t necessarily placate authorities or enable tech firms to escape China’s regulatory whip, billionaires can use them as a grand public gesture to signal that their priorities are aligned with that of the ruling party. Beijing’s five-year economic plan, released in March, highlighted the government’s focus on public welfare and reducing social inequality.