One of British philanthropy’s leading professionals has warned that foundations risk being on the ‘wrong side of history’ when it comes to racial justice. Writing for Alliance today, Fozia Irfan, who is CEO of the Bedfordshire and Luton Community Foundation, and a trustee of the UK Association of Charitable Foundations, said that foundations are ‘at the tipping point of becoming part of the problem in perpetuating that inequality’ and ‘adding to the issues marginalised communities face’. 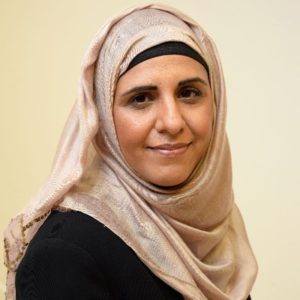 Fozia Irfan is is CEO of the Bedfordshire and Luton Community Foundation, and a trustee of the UK Association of Charitable Foundations.

In a moment when crisis has intensified need, especially in disproportionately impacted BAME communities, Irfan warned that a failure to take rapid action can have grave consequences. ‘[T]he Ubele Initiative have shown that ‘9 out of 10 BAME micro and small organisations are set to close if the crisis continues beyond three months following the lockdown’. She added that we are ‘three months into the most challenging situation to ever face philanthropy and the not for profit sector in the UK, and yet astonishingly very few funds seem to have actually reached BAME communities – the most disproportionally affected by Covid- 19.’

Irfan’s comments are likely to raise more questions about racial injustice in British philanthropy circles. The sector is already reeling from the recent resignations of philanthropy advisor Derek Bardowell, Ubele Initiative Founder Yvonne Field, and Black South West Network CEO Sado Jirde – three BAME sector figures – from the National Emergencies Trust (NET) equity working group. Bardowell, Field, and Jirde felt that their presence at NET was simply to ‘validate decisions that had already been made’, rather than contribute in any meaningful way.

Days after their resignations, campaigning group #CharitySoWhite noticed another questionable move by NET in a post looking for unpaid grant assessors with ‘lived experience in marginalised communities with characteristics protected under the Equality Act 2019’ to spend five or more hours a week reviewing applications from a diversity lens. Grant managers in London can earn on average £44,000 a year, #CharitySoWhite noted, so why would minorities performing the same work be expected to do it for the ‘gift of experience’?

"This is why NET is committed to building an assessor group across a range of identities protected under the Equality Act 2019. Roles are voluntary."

You get the gift of experience. pic.twitter.com/4ZF9WcEkll

NET CEO John Herriman later apologised for the recruitment post, saying in a statement to Third Sector that, ‘Unfortunately, an advertisement was issued in error, without appropriate review and sign-off. This should not have happened. We understand why this would have caused concern and apologise for the error.’

#CharitySoWhite has also drawn attention to the absence of Black people from board and senior management roles across the UK’s community foundations.

Two days ago we asked @UKCF_tweets how many Black CEOs and Chairs there are in their 46 Local Community Foundations.

No response (unsurprisingly). So we our own research…

The murder of George Floyd last month has brought the Black Lives Matter movement and issues of racial disparity once again to the forefront of public and political attention. Sector leaders are increasingly aware that philanthropy must reckon with the same imbalances as any other industry, with a recent research report from the US showing that race is a determining factor in who receives funding.

Irfan’s latest intervention may fuel perceptions that a gap exists between an increasingly long list of best practices outlined by the UK Association of Charitable Foundations (ACF) and actual foundation practice on the ground.

In recent months, ACF’s ‘Stronger Foundations’ initiative has released a series of reports to improve foundations based on recommendations from working groups. Its most recent report, published on Wednesday, examined transparency and engagement. In briefings on the report, ACF representatives emphasised that the origins of a foundation’s wealth are a legitimate matter of public interest. The report noted that ‘by institutionalising philanthropy through the creation of a charitable foundation, that part of a private donor’s wealth ceases to be private’. It adds that ‘where a foundation is uncomfortable or concerned about such a disclosure, there is all the more reason to be open about this’.

An ACF report on strategy and governance published earlier this year was equally explicit, noting that a stronger foundation would consider ‘the origins of its wealth and whether there is a need for healing or reparation’ and even included references to literature on the decolonisation of wealth to guide such a dialogue.

However, it is unclear whether the policy direction is having significant traction. When asked by Irfan on Twitter if any of its 400 member foundations had actually gone through these exercises, ACF Head of Policy Max Rutherford responded, ‘Not to my knowledge’.

Not to my knowledge, but would be a great question to pose at the event you’re chairing on the 23rd :-)

Btw – The origins of a foundations wealth and the way it invests its assets is a topic explored in the forthcoming ACF report on Transparency & Engagement, publishing on Weds

In a statement this week regarding racial disparity and COVID-19, ACF acknowledged that, while the Stronger Foundations initiative is a step forward, there is still much to be done. ‘We hope this work will play a part,’ the statement reads, ‘but we know that we, and the foundation sector, still have a long way to travel.’

As a part of moving along that path, ACF is developing a programme of events, meetings, and training opportunities, including an upcoming webinar on foundations, COVID-19, and racial disparity on 23 June that will be chaired by Fozia Irfan.