Daniel and Nina Carasso Foundation on tackling climate in Europe

For foundations that are trying to apply a climate lens to their existing programmes, those working on food systems will have an easier time than perhaps those with arts programmes. The Daniel and Nina Carasso Foundation, a foundation with both types of programmes, has been working on integrating climate into their work to meet the demands of their climate commitments. Marie-Stéphane Maradeix, the Carasso Foundation’s Executive Director, joined Alliance to talk about what that looks like. 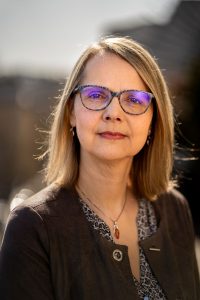 Has your organisation made any commitment to climate action or joined a climate pledge?

Since its creation, the Fondation Daniel et Nina Carasso has been committed to the climate and environmental issues through its Sustainable Food program, which promotes universal access to healthy food that respects people and ecosystems. From 2010 to 2020, we subsidized more than 600 field, research, and advocacy projects – mainly in France and Spain – for more than €46.5 million. In 2015, as part of the COP21 in Paris, our foundation was one of the first French signatories of the Divest-Invest initiative, and of the ‘4 per 1,000’ initiative on soil carbon sequestration. Finally, in 2020, we co-initiated the French Coalition of Foundations for Climate, the Spanish Coalition (#fundacionesporelclima) and the European Philanthropy Coalition for Climate. All of the three networks are supported by the Foundation for their operations and our executive team is a member of their governance bodies. Also, our Foundation is a patron of the International Philanthropy Commitment on Climate Change, led by WINGS.

We were already very aware of climate issues through our Sustainable Food program. We were also starting to receive many projects on this theme in our Art, Science and Society program. In addition, we made a clear commitment not to have any investment in fossil fuels. However, we did not communicate clearly on our climate commitment. The click occurred during the 2019 EFC Annual General Assembly in Paris, when I saw the gap between the seriousness of climate issues, their consequences on all the subjects addressed by the foundations, and the low level of grants from these foundations – at the European level, but also worldwide – towards environmental issues in general. This contrast was truly revealing. In September 2019, I had the opportunity to call for action in a column published by the EFC on their 30th birthday. At the same time, British foundations made the same observation with the Funder Commitment on Climate Change.

Along with other French and Spanish foundations, this idea of ​​a ‘pledge’ seemed to us to be a good lever for mobilizing the philanthropic sector. This is why, with the Centre Français des Fonds et Fondations (CFF) and the Asociación Española de Fundaciones (AEF), we have worked on building the French and Spanish coalitions. We presented our ideas and first actions at the PEX Forum in Madrid in January 2020 and received an enthusiastic welcome from Max Von Abendroth of Dafne, along with his team and representatives of European philanthropic actors present at the venue. Max and his team took the lead to build a strong community of practice around climate change in the European philanthropic sector, the Philanthropy Coalition for Climate, and then initiated with WINGS the International Philanthropy Commitment on Climate Change.

We have evolved in different ways. In 2019, we did our first carbon footprint assessment, but the pandemic prevented us from taking concrete measures, especially since our weakness was air transports between France and Spain and flights were suspended during the crisis. In our Sustainable Food programme, we have actively been participating in several philanthropic initiatives such as co-leading a dedicated climate working group in the Global Alliance for the Future of Food, co-steering discussions with other European funders and joining forces for instance with the European Climate Foundation or the Porticus Foundation, with whom we support grassroots actors, networks or advocacy actors dedicated to a just and ecological climate transition of food systems. We are convinced that alliances and cooperation will make it possible to move forward quickly and with tangible impact. We have also given a new impetus to our climate investment strategy.

The intersection of climate with other areas of work is at the very heart of the coalition of foundations for climate’s objective. Climate change affects and will affect even more the causes we support, poverty alleviation, equitable access to education, housing, food, health, etc. If the climate dimension is already embedded in the systemic approach to sustainable food, it was not as natural a link with our Arts Programme. We had to think about how to integrate better and more clearly this perspective and we dedicated one of our calls for projects to the climate theme to make researchers and artists, in France and in Spain, work together on environmental and climate questions. Generally speaking, we are now very concerned about the ecological dimension of artistic creations based on the principle of ecodesign. Finally, we are designing a support service to help our grantees in their own ‘climate journey’.

Has your work in the climate sphere inspired you to change the way you are investing your endowment?

Since 2015, the Foundation has undertaken work to align its financial strategy with its missions. On the one hand by setting an SRI objective and on the other hand by opening a pocket for investment with a social and environmental impact. This pocket has gone from 1 per cent at the start to 8 per cent today (€48 million) and we are aiming for 15 per cent by 2023. In addition, we have created a dedicated fund of €5 million for sustainable food investments with a Swiss financial partner through which we have currently invested in 10 companies in France and Spain. Our wish is to accelerate our investments in themes broader than food, linked to climate and environmental issues.

What kind of impact have you seen your climate focus having already?

In 2014, we initiated the International Panel of Experts on Sustainable Food Systems (IPES-Food), of which we are still the main financial support. Together with Olivier de Schutter, former United Nations Special rapporteur on the right to food, and co-chair of IPES-FOOD since its inception, our wish was to create a sort of IPCC on sustainable food systems, composed of researchers and practitioners, that would inform decision-makers based on the latest research, knowledge, experiments and data. IPES-Food work on agroecology has contributed to guiding the current increase of international public funding in favour of agroecology. The process to create the idea of a Common Food Policy for Europe (instead of the current Common Agricultural Policy) has both influenced the European “Farm to Fork” Strategy and managed to gather a wide coalition of civil society actors in the EU Food Policy Coalition. 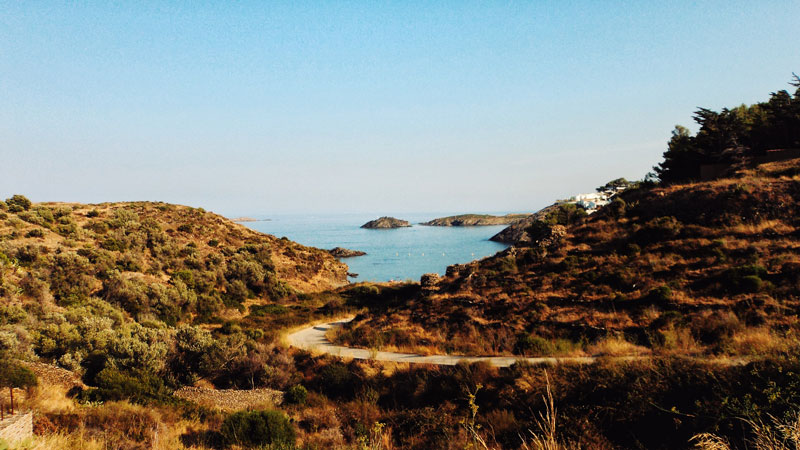 The mouth of the sea, Barcelona, Spain. Photo credit: Unsplash.

We are facing a mountain and we have little time to climb it. We must not look at the top to avoid paralysis, but ask ourselves the question of what we can do, on our modest scale, but above all in cooperation with others to go higher and faster. Foundations alone do not have the size to solve the problems of climate change, as it might be too late in some respects, but they must forge alliances among themselves and with other private and public actors to initiate a broader movement. We need to convince our peers of the urgency to invest more heavily in these subjects, whether in donations or in investments, and/or to review their actions with this climate lens. The second challenge is to convince our grantees of this same need and to support them along this path.

The dynamics of the COP 21 enabled the board to be aware of these subjects and to commit the Foundation to sign the Divest-Invest and 4 per 1,000 initiatives. The Chairwoman and founder of the Foundation has always been very aware of the climate emergency and she has always supported management initiatives. However, it took a little longer for the Finance Committee to integrate climate issues into the Foundation’s investment strategy. It is now done with renewed ambition and we have already made several private equity investments related to the climate issue.

Do you think philanthropic foundations should be held to account for their climate commitments, such as with an independent climate action tracker?

The questions of metrics and accountability are both key and difficult. How do I know that my project or investment has a real impact on climate change mitigation or adaptation and how do I measure this impact? The investment world is in some ways more advanced on impacts, due to different regulations, but the calculation methods are not always the same. Foundations will also have to be accountable for aligning their funding with the Paris agreement. For a large number of them, they have become accustomed to working with the SDG framework, but we must undoubtedly go further. For example, the Fondation Daniel et Nina Carasso has defined an impact framework for its investments in sustainable food into 6 groups of objectives, each with different monitoring indicators. I hope that the work within the various coalitions of foundations for climate will enable us to define a framework for shared monitoring of the commitments we have made.

Considering the emergency, I can only encourage the foundations to embark on this climate journey and join one of the coalitions. The International Philanthropy Commitment on Climate Change, supported by WINGS, now allows each of them to join a Community of Practice and be accompanied in the resolution of this global challenge. If we want to extinguish or slow down this gigantic fire, we must each do our part as hummingbirds.