This summer has brought ferocious heatwaves from India to Siberia and the U.S. Lethal temperatures are no surprise – heatwaves are now more common, more intense and longer-lasting, with 2020 likely to be the hottest year since records began. 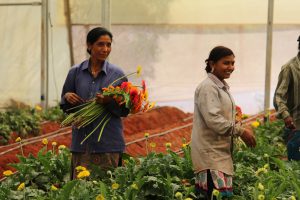 This extreme heat carries a heavy cost for one billion people living without access to cooling, including outdoor workers and those living in overheating housing. Their health, their crops, and their vaccines are in danger. Some live in homes that regularly become too hot to step inside – while others risk illness and death simply to make a living, working under a beating sun in fields or on construction sites.

Conventional air conditioning is not the answer. It is unaffordable for the worst off, and the energy and gases it demands further accelerate the climate crisis. Instead, there is an urgent need for sustainable cooling – solutions that are accessible to marginalised people and do not further harm the planet.

The good news: these solutions already exist, from innovative building design to solar-powered refrigeration. The bad news: they are not scaling up fast enough. That’s where philanthropy comes in, with a unique role to play in speeding the spread of sustainable cooling.

Fair cooling and philanthropy are a perfect fit

Sustainable cooling innovators often struggle to secure investment and funding. Sustainable cooling is rarely seen as a unified sector, and so lacks the recognition, champions and networks (such as industry bodies) that help attract support. On a policy level, responding to extreme heat often falls between different government departments – such as health and environment. And despite the huge threat they pose, heatwaves can sometimes be treated with less seriousness than other events that bring more physical damage and obvious fatalities – such as typhoons or earthquakes. In fact, that is why momentum is gathering behind the idea of naming heatwaves, just as we name hurricanes. 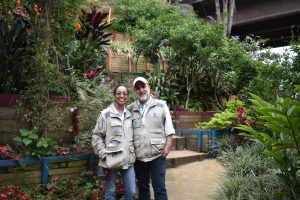 Finally, sustainable cooling initiatives are often pitched against the multi-billion pound air conditioning industry. One organisation working to overcome the ‘air-conditioning-as-default’ thinking is cBalance of India. They help education institutions bring sustainable cooling techniques – such as passive design, which makes smart use of shading and ventilation – into curricula for budding engineers and architects.

In this difficult environment, even proven solutions can find it hard to grow. Philanthropic capital can play a key role by kickstarting progress – particularly if funders show patience and the flexibility that allows innovators to work with the most marginalised communities, those most in need of cooling. What’s more, the multiple benefits of sustainable cooling can allow funders to reach many goals with a single intervention – such as lower carbon emissions, better health, improved incomes and reduced inequality.

Cooling innovation from Egypt to India

Today’s sustainable cooling pioneers include ECOnsult, a woman-led architecture firm in Egypt who designed Bahareya Village, an accommodation complex for agricultural workers at an organic tea plantation in the country’s Western Desert.

Roofs have been covered in heat-reflecting tiles, while light-coloured paint and materials have been used to achieve the same effect. Wall thickness has been designed to control heat, and the grouping of structures close together creates cooling wind corridors. In a scorching environment, indoor temperatures are kept between 19 and 26 degrees without any need to use air conditioning.

Greenery is another key weapon in the battle against extreme heat. After enduring years of high crime and violence, the Colombian city of Medellín faces a new threat – rising temperatures. The city authority’s response is the Green Corridors project. Vegetation shades cyclists and pedestrians, cools built up areas and cleans the air along busy roads. The scheme, which includes training for marginalised people, could soon spread to other Colombian cities.

Cold storage facilities are key to reducing waste and increasing income for farmers. In India, cooling is currently only available for about 10% of perishable products, leaving 370 million tonnes of produce at risk. Cold chain innovator Ecozen is tackling this problem with portable solar powered cold rooms. These help even poorer farmers to supply quality produce to markets near and far.

Towards a cooler future

The danger of rising temperatures is typical of the shocking unfairness at the heart of the climate emergency. Marginalised people bear least responsibility, but are paying the highest price. As a result, backing for sustainable cooling is a decisive step towards climate justice. On a deeply uneven playing field, philanthropic capital can play a vital role creating cooling for all.

Harriet Lamb is the CEO of Ashden.