Deciding for all or all deciding? Exploring Participatory Grantmaking

‘Innovation and iteration’ was the key theme of the January the International Human Rights Funders Group (IHRFG) conference in San Francisco. In the opening plenary, speakers noted that the ‘innovation’ of community involvement and participation in grant decisions would be one of the topics included in sessions throughout the meeting. It was quickly added, though, that these practices are in fact really not new. ‘Why then’, the panellist remarked, ‘is participatory grantmaking still considered innovative? Isn’t it just common sense?’

While participatory funding models have been in existence for several decades, particularly in the US, we have been seeing an increase in international participatory grantmaking initiatives. More and more funders are questioning how to increase their transparency and accountability to the people affected by their grants and recognizing the added value of leveraging the knowledge and insights of the community. This is an exciting trend that will likely continue to grow. 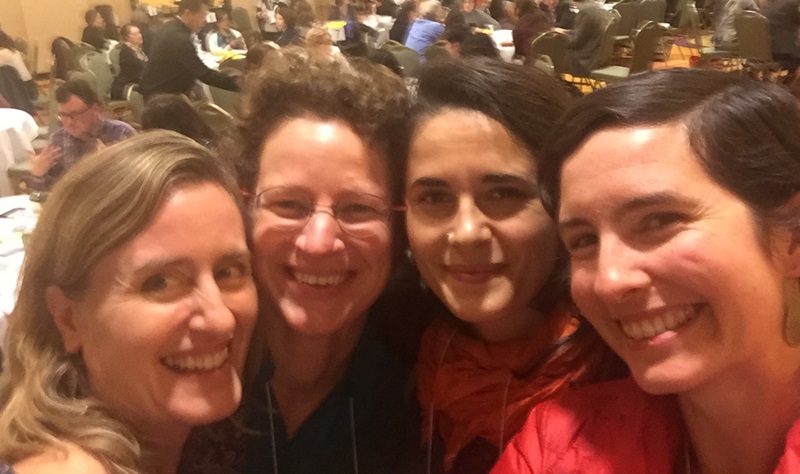 When we organized our first joint session on participatory grantmaking at IHRFG in 2014 in New York, the room was packed, but the questions posed to us focused on understanding the benefits and challenges on the WHY: the general concept of participatory grantmaking. In other words, why go through all that trouble? It was, as we experienced it, not widely understood as ‘common sense’ at all, although some colleagues in the field did express admiration for our courage and innovativeness.

Recognizing the relevance of learning from each other as participatory grantmakers, explicitly opening up to other participatory funders and interested peers, and eagerly aiming to be more strategic in sharing our learning, we established the international donor working group on participatory grantmaking which is hosted jointly by IHRFG and ARIADNE. Through this platform, we share relevant resources and food for thought. Each of our funds routinely fields questions about how we actually do participatory grants, and we are eager to learn and share what we have learned.

The concept of participatory grantmaking puts decision making in the hands of activists on the ground, who, we believe, hold a type of expertise that funders will probably never have. But the model can also be threatening and challenging. There are many technical and operational issues to unravel, such as cost and conflict of interest. And also, internal politics, as was shared by some brave private foundations with a healthy sense of self-criticism and a twist of humour. How can we develop a model that allows us to (cost-)effectively share power, while effectively staying in power? Because honestly, how can a Board of Trustees of a foundation aimed at ending social inequalities ever be convinced of the benefits of a more effective grantmaking strategy that requires sharing power? Organizational change takes time and for foundations that are not explicitly set up within or in support of a social movement, the thought of community leadership within their own decision making structures may be daunting, but step-by-step processes and hybrid models can be considered.

There is still much room for innovation and iteration in the field of participatory grantmaking. While we have taken action to assess, document, and share our good practices and lessons learned (see for example from ‘Funding Knowledge the Wiki Way‘ about the Wikimedia Foundation and about the FRIDA Fund, ‘Letting the Movement Decide’), it is clear that the need is high as funders are eager to get the tools to feel more comfortable moving from rhetoric to practice to actually iterate participatory grantmaking.

Members of the IHRFG/ARIADNE participatory funder working group are planning next steps, including creating a FAQ on participatory grantmaking, developing a guide for grantmakers, and expanding the venues where discussions on this funding model occur. Stay tuned and join us!

Seems odd to me that Love and the Wikimedia Foundation would revisit this phrase "participatory grantmaking" (a neologism leveraged by the Lafayette Practice, for profit) when the community discovered that the Wikimedia Foundation had pretty much "pushed" it into Wikipedia, despite the policies on "neutral point of view". Once the illegitimacy of the phrase had been evaluated, the article was deleted from Wikipedia. http://wikipediocracy.com/2015/03/01/wikimedia-foundation-caught-self-promoting-on-wikipedia/

More and more countries put a ban on financial support from abroad for fear of foreign intervention in internal affairs. Many NGO's are compelled to report foreign support to government authorities or are even no longer allowed to receive financial support from outside the country. Participatory grantmaking may counterbalance this trend.