Douglas Rutzen, President of the International Center for Non-profit law (ICNL), which campaigns for open societies and enabling legal environments worldwide, has won the 2017 Worldwide Initiatives for Grantmaker Support (WINGS) IMAGine Prize. The prize is awarded every three years to recognize an individual or organization that has provided exemplary service to the global philanthropy sector. 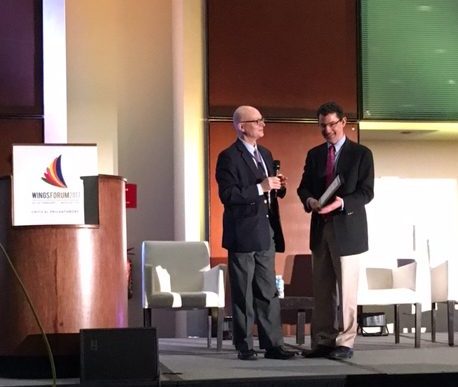 Rutzen’s award was presented by Nick Deychakiwsky of the Mott Foundation, a longstanding partner of ICNL.

In a hard-hitting acceptance speech, Rutzen warned of the appeal and perils of a populist turn in over 100 countries in which ICNL works. Citing philosopher George Steiner’s ‘Nostalgia for the Absolute’, Rutzen highlighted the crisis of confidence in democracy and a growing appetite among electorates for authoritarianism. 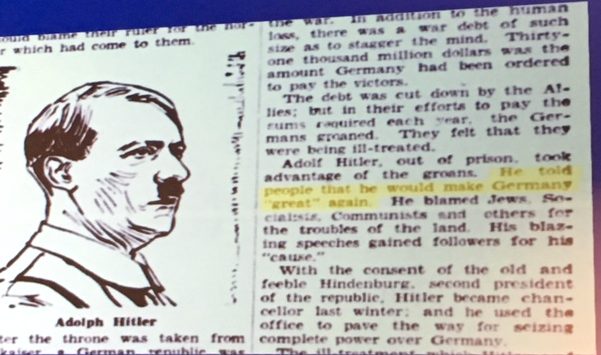 He pointed to a ‘populist playbook’ in which neglected groups are courted, scapegoats are identified and a manifesto of renewal offered by populist politicians.  In a chilling reminder of the dangers faced by civil society today, Rutzen compared Donald Trump’s call for national renewal with Hitler’s promise to make Germany ‘great’ again in the 1930’s.

Rutzen also warned of an impending ‘tragedy of the commons’ in which a seemingly rational embrace of self-interest could ‘destroy our common selves’. In response, Rutzen called on participants to join together in a movement to protect civic space and urgently invest in individual country strategies to counter these trends.

‘This is a team award. It recognizes the efforts of a community of people – including ICNL’s staff, Board, donors, and partners around the world – who have devoted their time and talents to promoting philanthropy and civil society. It was particularly meaningful to be introduced by Nick Deychakiwsky of the Mott Foundation. The steadfast support of the Mott Foundation is a primary reason ICNL is the organization it is today.’