Alliance magazine has brought on an East Asia Regional Representative as a part of its goal to improve the globalisation of philanthropy coverage. Fan Li, based in Tokyo, is the co-Editor-in-Chief of SSIR China and International Advisor to the Leping Foundation, and she joins four other Regional Representatives covering the Arab region, Latin America, Sub-Saharan Africa, and South Asia.

Li’s role was recruited in partnership with WINGS, and she will be working with both organisations to help increase the representation of philanthropy from the region. 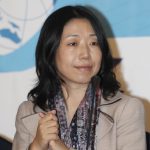 There are plans to eventually bring on a Regional Representative for Eastern Europe in 2023. These five – and eventually six – Regional Representatives will help Alliance achieve greater geographic parity in its coverage of global philanthropy and social investment by bringing in perspectives from outside of Europe and North America, which traditionally receive the most coverage.

The other four Regional Representatives supporting Alliance coverage are:

Li, Shnief, Landa, Emerhi, and Srikrishna Sridhar Murthy (representing Mohan) will all present at a digital event in October exploring the expectations and limitations of global leadership in philanthropy. For more details on the event, click here.