It has been a pleasure to be a part of the Innovations in International Philanthropy Symposium. I, and many others, hope that events like these will influence those that we need to, in the way we need to, to bring about the large-scale, systemic changes we require in our global systems. Solomé Lemma and I had a great conversation, in which she asked powerful questions that gave me pause for reflection.

We are in our most consequential decade as a species. What we do in this time will determine what kind of future we will leave behind for our children – or whether they will have one at all. We have run out of time for incremental tinkering and primarily treating the symptoms of problems. During the global financial crisis of ‘08-’09, those in power pushed for system protection, system maintenance and system recovery when what was urgently needed then and even more urgently needed now is system innovation, system redesign and system transformation. It is time we hold corporate and political power to account for having delayed action for so long when the science has been so clear.

In our approach, though, we must empower people with possibilities, not immobilise them with depressing projections of our future. While our situation is dire, we have much to build on as we continue the struggle.

Climate justice must be our guiding light in addressing the climate problem. The reality is that the people facing the first and most brutal impacts of climate change are those that have contributed least to the problem. The picture painted demographically is plain to see -which parts of the world that historically carry the most responsibility for emissions are affecting those who’ve had nothing to do with releasing these emissions. This Climate Apartheid is inescapable and we must not be afraid to lay bare on the table.

History will judge us harshly if we fail to act now in the manner required – with love, urgency, solidarity and inclusion. Those in the future will ask: When big change was necessary, why was it that most of the activist and philanthropic community failed to bring about the changes we said we would?

Philanthropy is poised to play a critical role in history to accelerate positive climate action through smart, strategic decisions in how we move into the future as a species if it supports people carrying fundamental answers to fundamental questions. That being said, philanthropy cannot ignore the words of Einstein, ‘Insanity is doing the same thing over and over again, expecting different results. It is imperative that philanthropy fully embrace intersectionality – simply put, the interconnected nature of social categorizations: climate justice, social justice, gender equality and so on.

Philanthropy must not simply look at people’s marginalisation and exclusion but must also look at the power people have if we are to mobilise the energy to push for courageous systemic and structural changes. We need to harness people’s autonomy, creative participation, wealth and consumption power. 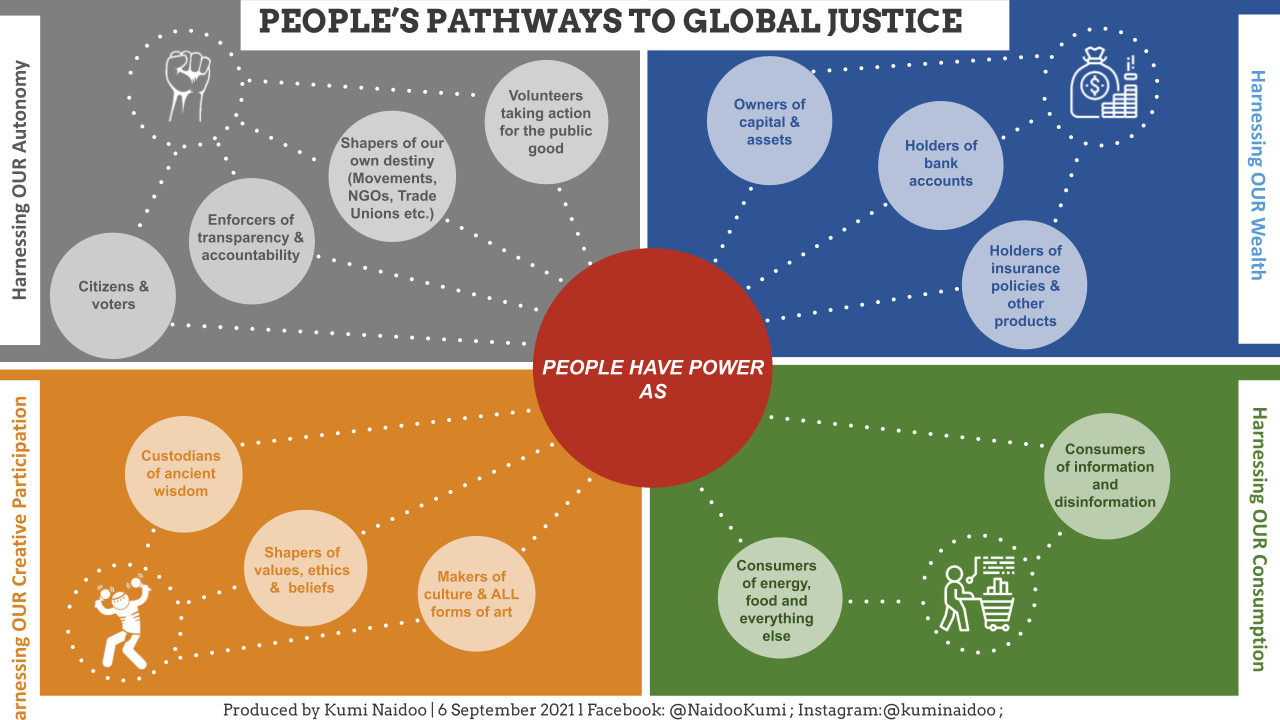 Let us remember that we are primarily divided by opportunity, access and influence. We are going to need all hands on deck to ensure that all parts of society are part of the solution. If not, we will certainly pay the price in the future. In fact, we are already paying the price in the present. The choice is clear: either meaningful, courageous system changing philanthropy – or foolanthropy, which addresses symptoms rather than the root causes. In all we do, we need to recognise that nature does not negotiate, we cannot change science but we can change political will, which thankfully is a renewable resource.

Kumi Naidoo is a human rights and environmental activist. He is the former Secretary-General of Amnesty International.

Kumi Naidoo was a keynote speaker with Malala Yousafzai and Theo Sowa at the 2021 Innovations in International Philanthropy Symposium. For more coverage from the symposium click here. 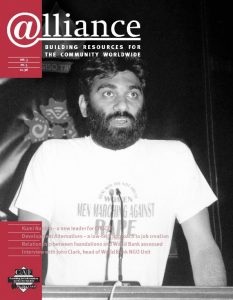 In the December 1998 issue, former Alliance magazine editor, Caroline Hartnell spoke to Kumi after he was named Secretary General of CIVICUS: World Alliance for Citizen Participation. Kumi discussed what he hoped to achieve as director of CIVICUS, and the potential challenges faced. Read the full interview here.