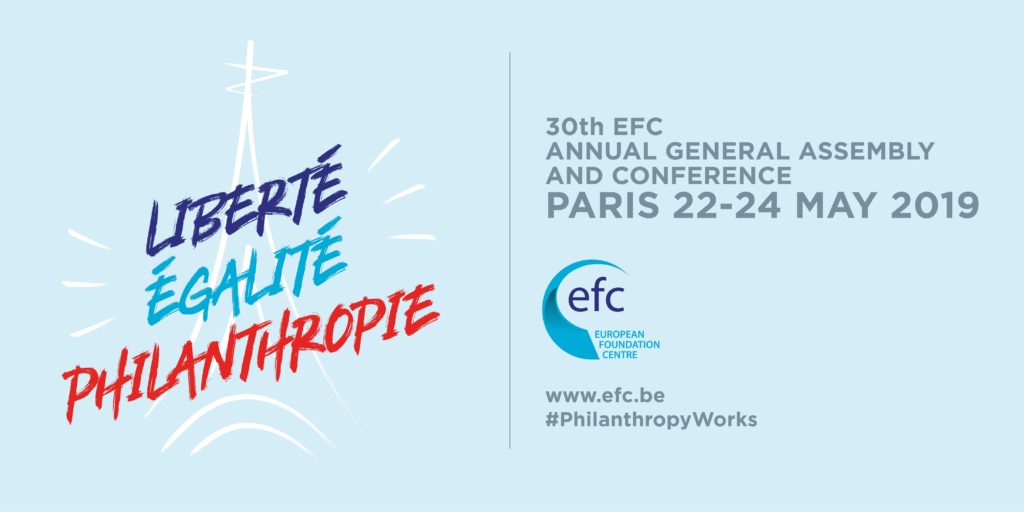 "music can't change the world but it can make it better". Lovely opening of EFC's annual conference #PhilanthropyWorks pic.twitter.com/nrGnTGxuah

Liberté in the spoken form and the visual form to open @The_EFC AGA2019 – what a treat to gain insight from @LdeNervaux @BassmaKodmani #IvanKrastev and to see @plantu live in action #philanthropyWorks pic.twitter.com/56plumjoC3

Blockchain explained in a minute: is like google docs where everyone can see the same version of something and anyone can make changes and those changes are then locked in, in the chain. if you want to reverse, you cannot just undo, you have to reverse it #PhilanthropyWorks

Key changes in #CivilSociety since the fall of Berlin Wall by Krastev
1. Civil society is no longer only liberal, there is also uncivil society
2. The right-wing is more internationalised than liberal CSOs
3. More CSOs are under the pressure, as they matter #PhilanthropyWorks pic.twitter.com/GF0cRPFGi7

Being in France at this time feels both unfamiliar and familiar at the same time. Check out this two France images taken a few weeks apart. This is the challenge of all our societies. We swing from optimism with sports to despair with our politics in one month #PhilanthropyWorks pic.twitter.com/Shf9fo2n6y

“The cloud is not a weightless cloud”… by 2025 one fifth of the worlds energy will be used solely for the internet and its infrastructure. And look at what it’s taking out of the Earth 👇🏼#PhilanthropyWorks pic.twitter.com/JO8rCpdmuJ

A fantastic session on communications in times of anxiety with a crowd of comms' experts. @mlefevre1976 reminds us that we only reach out to tiny parts of the population, while the industry of polarisation is much more successful in convincing people #PhilanthropyWorks pic.twitter.com/EYZpe6o8W9

How make make #PhilanthropyWorks ? "Try to go into a small place and make it work there" – great advice from Ivan Krastev – seems like a good endorsement of #communityfoundations #shiftthepower @hodgsonjj @UKCF_tweets @CFNIreland