The Charles Stewart Mott Foundation recently announced that its total giving in Flint, Michigan—its home city—hit a historic milestone of $1 billion in grants, stretching back to the foundation’s creation in 1926. That’s an impressive figure and, among other things, it speaks to the power of foundations set up to last in perpetuity. The wealth that Mr. Mott put aside for philanthropy many decades ago now powers an institution with $2.7 billion in assets and grantmaking that extends around the globe. Since its creation, the foundation has given away more than $3 billion overall.

The fact that a full third of Mott’s grants have stayed within the Flint area is a reminder that this city has been a cornerstone focus from the start. Mr. Mott initially set up the foundation to improve life in Flint, and for a number of years, this was its sole area of focus. Later, the foundation expanded nationally and then internationally.

Still, even as this funder scored hits on a larger philanthropic stage—such as pioneering after-school programs, supporting the asset-building movement early on, and strengthening civil society in post-communist societies—it has never strayed from its deep commitment to Flint. Most recently, when the city experienced a water crisis, Mott came to the rescue in a big way with more than $44 million in grants.

The foundation’s local grantmaking to the Flint area hasn’t just been steady; it’s been far-reaching in scope, touching many parts of community life, and is often quite innovative. (See an overview here.) For new donors arriving on the scene, the foundation would seem to offer a model of engaging in sustained place-based philanthropy while also advancing a larger vision.

Because here’s the thing: Despite Mott’s billion dollars in giving to Flint, life has mostly grown worse in the city over the past half-century or so. The city’s population has fallen nearly in half since 1970, with a steep decline since just 2000, while a host of negative social indicators have risen during this same period. 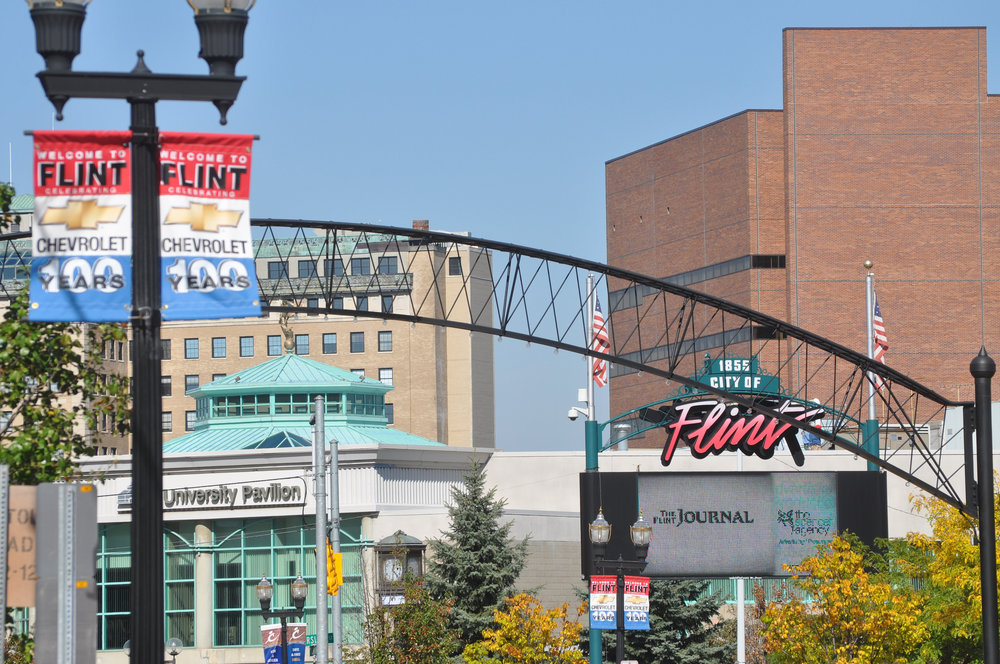 In a familiar story of deindustrialization, Flint lost its middle class when good jobs disappeared.

Many of those who remained are among the truly disadvantaged, as William Julius Wilson memorably dubbed the mostly African-American urban causalities of economic disruption since the 1970s.

Nearly half the households in Flint live in poverty, making it one of the poorest cities in America. It’s also been ranked among the most dangerous.

To be sure, some things have become better in Flint, with Mott funding often playing a role in advancing progress. But these bright spots are set against a backdrop of poverty and despair that turned even darker with the water crisis. In turn, that crisis deepened the city’s profound long-term financial problems.

Now, as the Mott Foundation marks $1 billion in giving to Flint, it’s worth stepping back and asking what the lesson is for philanthropy. To me, the main takeaway, here, is about the limits of place-based grantmaking in a world that’s become increasingly complex and interdependent.

Mott’s sustained and even heroic efforts to improve Flint have amounted to a losing defensive battle against powerful forces that devastated the city. These include some familiar villains, starting with the offshoring and automation of jobs, as well as a new brand of corporate ruthlessness driven by shareholder pressures, as Michael Moore famously documented in his 1989 film, Roger & Me.

But Flint’s residents have been hurt by other factors, too, like residential segregation and exclusionary zoning practices that made it hard for African Americans to escape to the suburbs as the city collapsed. There’s also been a steep decline in federal aid for urban areas since the 1970s.

And depending on who you believe, Flint’s ongoing financial crisis has roots in overly generous pension promises made to city employees and/or the callous decisions of conservative state officials. Oh, and don’t forget deregulation and Wall Street greed, which caused the Great Recession of 2008-2009 that further entombed Flint’s economy.

The Mott Foundation’s billion dollars in grants may sound like a lot of money. But, really, that money amounts to a finger in a dike that’s steadily given way over decades.

There’s something to be said for such grantmaking. Mott has prevented a bad situation from becoming even worse, and it’s scored discrete successes in improving life in Flint that otherwise wouldn’t have occurred.

Still, the overall story, here, is not an encouraging one for donors contemplating place-based philanthropy. While Flint is an extreme case of a city that was done in by structural forces, the well-being of all cities in America is heavily shaped by national or global developments. Paul Peterson made an argument along these lines in a well-known 1981 political science study, City Limits, arguing that the challenges facing cities had to be understood in a much broader context—with cities anything but autonomous and empowered in charting their fate.

That truth seems to have been underappreciated within philanthropy, and quite a few funders have sought to address urban problems through policies that are exclusively local. In fact, as we’ve been reporting, such giving has lately been on an upswing.

The Mott Foundation, to its credit, keenly understands the larger picture, and has given millions over recent decades to influence national and state policies, including its support for asset building and analysis of state fiscal issues. But many other local funders—including some big ones like the Robin Hood Foundation and various community foundations—have kept distance from such work, insisting on staying focused in their home regions.

With this approach, funders can end up like the builders of sand castles during a rising tide. Foundations can labor away for years to improve local economies or social services systems only to see hard-won gains washed away when larger conditions change.

Just look at how local economies are now being hard hit by the rapid decline in retail jobs. Over 100,000 jobs in retail have disappeared since October alone, often knocking out the last employment leg in battered towns and cities, as the New York Times recently reported.

Can you name a single foundation that’s gone into overdrive to address this new threat to the livelihoods of Americans, including many low-income workers? I can’t. But we write nearly every week at IP about a new workforce development initiative by this or that funder aiming to boost jobs in various places.

Similarly, looking backward, I can’t think of many foundations that worked to prevent the excesses that led to the 2008 financial crisis—a crisis that devastated local economies and wiped out housing wealth across the U.S. The sand castle builders also missed that seismic threat.

Meanwhile, at this very moment, any number of hard-won gains by local foundations risk being washed away if Congress succeeds in repealing the ACA and gutting Medicaid, and/or if it enacts the Trump administration’s deep cuts to non-defense discretionary spending. Have myriad local funders banded together to fund new emergency work to head off these profound threats to their economies and communities? No, they haven’t. Forget my sand castle metaphor. Watching this inaction is like watching people standing passively on a beach as the water retreats to feed an oncoming tsunami.

Without question, there are limits to what philanthropy can do in the face of large-scale economic or political forces that deliver body blows to local economies. Maybe Mott could have pushed some more effective buttons than it did with its national and state grantmaking—say, by funding work on trade and globalization, an area that philanthropy has largely ignored. Or maybe not. But at least Mott tried to wield some influence at a systemic level, in contrast to most local funders.

A few years ago, I talked to a Los Angeles-focused foundation that works, among other things, to expand college access for low-income Angelenos. I asked if the foundation had sought to influence the state policies that resulted in skyrocketing tuition costs at public colleges and universities over the past few decades. The answer was “no,” which just doesn’t make sense.

Readers of my work will know that I have deep reservations about the growing role of philanthropy in shaping public policy. But as long as the current rules exist, more local funders need to engage in the larger policy battles that can profoundly affect their communities. In fact, there’s never been a better moment to pay attention to the big picture than right now.

David Callahan is founder and editor of Inside Philanthropy.

This article originally appeared on Inside Philanthropy on 18 August 2017. The original article can be found here.