Alliance exclusive – The CEO of one of the world’s leading foundations and climate funders has condemned ‘virtue signalling’ demands for foundations to divest from fossil fuels, suggested that calls for everyone to spend more now to meet immediate needs is ‘short-sighted’ and has argued that impact investing is just ‘nibbling around the edges’, while leaving the prevailing system of neoliberalism intact. 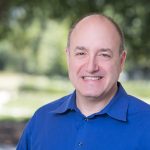 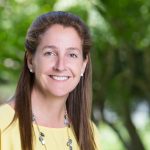 ‘It’s an area where we could easily exaggerate our importance,’ Kramer said about divestment. ‘Some foundations with smaller endowments say, ‘we’ve been able to divest from fossil fuels and it hasn’t hurt our returns.’ That may be true for them, but because of our size, we get access to managers who produce systematically better returns than they get. And those managers have people queueing up to invest with them precisely because they are that good, so the amount of leverage we have over those managers is limited. If we said to them ‘divest from fossil fuels’, they would say ‘take your money elsewhere’. 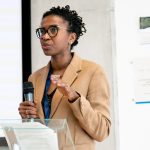 The Hewlett Foundation has a $10 billion endowment, putting it among some of the largest foundations in the world. And aside from just their size, Hewlett is watched closely as a thought leader, especially on its climate-related work. The Foundation has a climate portfolio of around $130 million per year and its environment programme is led by Jonathan Pershing, a special envoy for climate change at the U.S. Department of State and lead negotiator to the UN Framework Convention on Climate Change under Barak Obama’s presidency. However, Hewlett hasn’t gone the route of divesting. According to Kramer, calculating what will do the most good might look different for a foundation of its size than for smaller foundations.

‘I am perfectly happy to take money from fossil fuel companies and use it to do them in, because I believe grantmaking is going to be more effective in achieving that end than divesting would be’, adding that ‘it’s not about virtue signalling, of which there is way too much in our field…’

Kramer declined to name the foundations in his sights, but may have been referring to Rockefeller Brothers Fund’s high profile divestment from fossil fuels, as well as campaigning from the Wallace Global Fund, who have played an instrumental role in the Divest-Invest movement.

Hewlett’s strategy, particularly when it comes to weathering downturns, centres around giving equal weight to the concerns of the present and the future. Strongly influenced by the experience of the 2008 recession, when the Foundation had to cut a ‘brutal’ 40 per cent from its grants budgets, Hewlett devised a plan that would both consider the welfare of its current grantees and future needs which would necessitate maintaining the long-term value of its endowment.

‘I don’t think it’s automatically wrong for people to spend more. It depends on what their plans are,’ Kramer said, considering the calls for foundations to spend more now. ‘But I think to dictate that to everybody else is short-sighted. It’s discounting future harms against present harms when there’s no reason to think that’s the right thing to do.’

Following the ‘08 recession, plans were developed and later formalised to allocate 60 per cent of their growth to programmes and 40 per cent to create a pool of flexible funds that could act as a cushion if there was another downturn.

‘If, in any year where there’s a negative return, next year’s budget is set using the new lower [net asset value], it will allow us to course-correct more quickly and avoid overspending,’ Marshall said.

‘When you make grant awards, you’re paying about 60 per cent of them in the present year. So, adjusting the grants budget is the only way in a down year to not have too much cash out the door. That is when the biggest damage happens to endowments, when they have to sell assets to fund grants when the market’s in a crisis. It takes a very long time to recover from that, so my theory was, if we could minimise that damage, we would be able to regain our capacity faster.’

Hewlett announced in March that next year their grantmaking budget might face significant cuts from the 40 per cent of funds it would have included as unallocated. It’s a move that runs against the grain of a group of US funders, led by Wallace, who are calling for Congress to increase Foundation payouts to 10 per cent to unlock an estimated $200 billion for the country’s ailing non profits.

‘I don’t think on any of these things that we are right and others are wrong in the same way that they think we’re wrong and they’re right,’ Kramer said. ‘For me, it’s what you want to give priority to and then working out how to move forward. The only time I get frustrated is when I’m feeling judged on our values when it’s really just a different calculus about how to have impact, not a difference in values at all.’

Conversations around the influence of foundations are increasingly focused on the role of not just grants, but also investments. Earlier this summer, the Ford Foundation made headlines for announcing a plan to increase grantmaking by issuing debt – a common move in the financial sector, but unusual in the foundation world. While many praised Ford’s decision as groundbreaking, some raised questions about what it means for foundations to utilise such strategies.

As global crises such as climate change, inequality and public health intensify, more discussion of how foundations with endowments in the billions approach their investing seems likely. Responding to a question from Walker Palmour, who chaired a British working group on foundation investments, about whether fundamental changes are needed to the operation of global capital markets, Kramer argues that rethinking the current economic model is imperative but raised doubts about the prospects of impact investing achieving much impact.

‘I am perfectly happy to take money from fossil fuel companies and use it to do them in, because I believe grantmaking is going to be more effective in achieving that end than divesting would be’

‘Thinking you change the system by impact investing is just nibbling around the edges while buying into the basic structure, and it’s the basic structure that needs to be rethought,’ Kramer said, adding later that he was sceptical of the view that the private sector should be the place to find solutions to issues such as poverty and inequality.

‘I think business people should do what business people do and the question is how are we going to structure the world within which they do it. I don’t think we can or should look to or expect business to solve that for us.’

Rather Kramer appears to place greater faith in the power of ideas to change society.

A former law professor, Kramer authored an essay – penned as a memorandum to his board in 2018 – about how Hewlett could help dismantle the neoliberal economic and political paradigm, which favours free markets and limited government intervention just as other funders had played an instrumental role in building it a generation ago.

Back then Kramer wrote, ‘The challenge may be formidable, but the conditions for tackling it are favourable. The flux and upheaval in our politics brings with it significant opportunities for change — but only if we do better in developing and coordinating responses.’

Read the Editor’s comment from the September issue – published today. To read the full Hewlett interview, and more about foundation investments, look out for Alliance magazine’s latest issue Investments: philanthropy in the balance out on 1 September. To subscribe and receive a copy, click here.

Subscribe today to receive our upcoming issue: Investments – philanthropy in the balance.