Funding for Ukraine: An incomplete response

On 24 February, Russia invaded Ukraine in an act of aggression against a sovereign state and against democracy. In the short time since the devastation and casualties have mounted and 3.6 million people have been displaced.

Our collective alarm has gone hand-in-hand with a groundswell of giving. Our partners at Candid are mapping the philanthropic response to the crisis in Ukraine, making the grants data publicly available in real-time as they collect it. This is a critical intervention as we look to improve coordination and identify gaps in funding as the crisis unfolds. As of 15 March, Candid had mapped 174 grants totalling $344 million, plus an additional $242 million in pledges. This represents funding from foundations, businesses, and wealthy individuals, and does not include the billions of dollars in military and other aid from bilateral and multilateral government agencies. 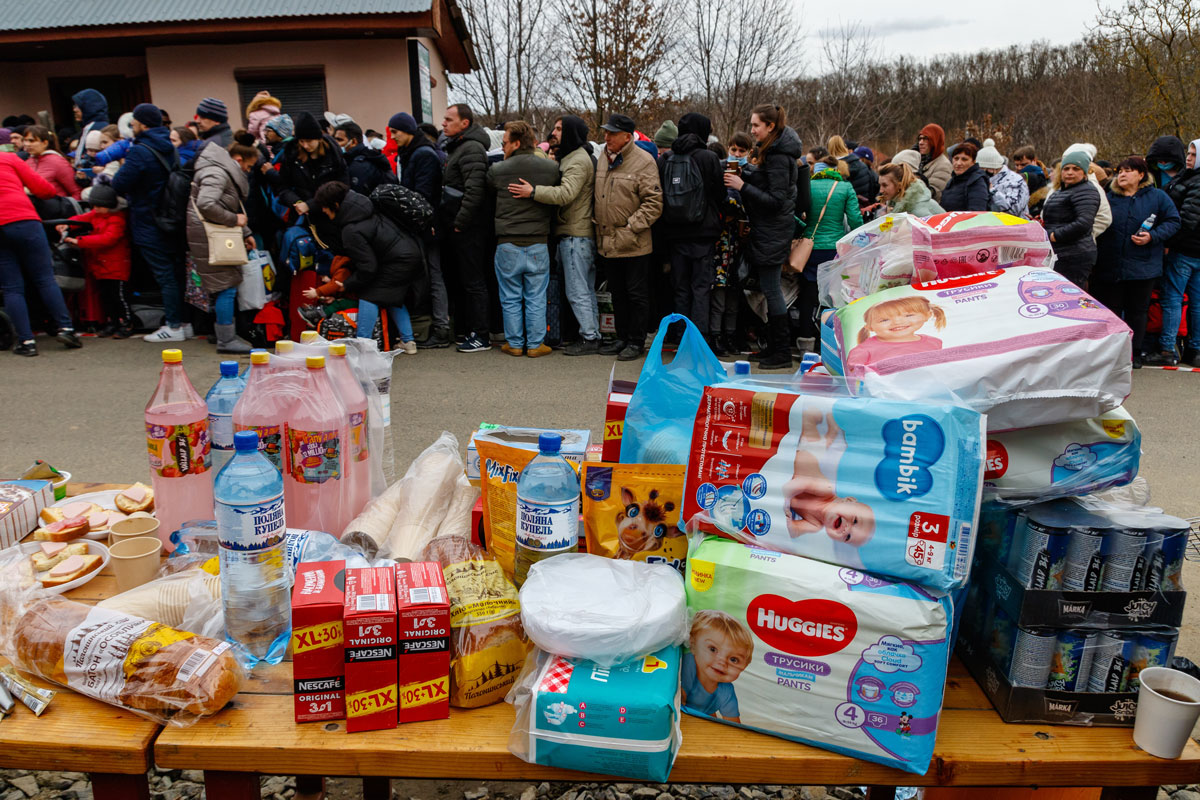 Ukrainians wait to cross at the Slovak border on 26 February 2022. Photo credit: Shutterstock.

The overwhelming majority of the funding recorded so far by Candid is focused on the immediate humanitarian response, including basic needs like access to food and water, medical care, clothing, and shelter. This is no surprise, given how critical relief efforts are in the wake of this scale of destruction and suffering. Yet, from our position at Human Rights Funders Network, we can’t help but be concerned by what we aren’t seeing.

As those who have lived through conflict know first-hand, and the United Nations reinforces, ‘In humanitarian emergencies, human rights considerations are often neglected and their relevance questioned as an immediate priority….’ Our concern is twofold: First, by not explicitly naming human rights in the humanitarian response, philanthropy risks falling short of an obligation to ensure no one is left behind. Second, there is a whole other area of intervention that is being overlooked. A human-rights approach means considering both equitable access to immediate aid and also the long- and short-term impact of the crisis on people’s freedom of movement, access to justice and information, freedom of opinion and expression, and other human rights.

Only four grants – and just 5 per cent of total funding dollars to date – have used terminology related to human rights or democracy:

Grants data is still coming. This list will no doubt grow in the weeks ahead. We know, for instance, that feminist funds and human rights funders are mobilizing to deliver emergency response grants swiftly and well into the future. However, based on over a decade of analysis of funding trends, we anticipate that the proportion of grants that incorporate a human rights focus will remain low. We deeply hope we’re wrong.

From our position at Human Rights Funders Network, we can’t help but be concerned by what we aren’t seeing.

It’s not just semantics: How funders conceptualize their support, and who it reaches, matters. Those people leading and living responses to the conflict know best what is needed and should drive funding strategies. Conflict has disproportionate impacts on people who are already excluded or on the margins; women, LGBTQI people, persons with disabilities, and those in economically precarious situations should be explicitly considered. We have also seen the ways racism and xenophobia are playing out at Ukraine’s borders against people of African descent seeking safety in neighbouring countries. None of the grants documented to date have mentioned race, racism, ethnicity, Black or African. What if they had?

Finally, measures to protect rights and seek remedy for violations should be core, not cursory. The stakes couldn’t be higher for Ukraine or democracy at large.

Rachel Thomas is the Director of Research Initiatives at the Human Rights Funders Network.