German foundations at the crossroads

Osnabrueck is a peaceful town in Lower Saxony. In fact, it is so peaceful that its claim to fame is the Peace of Westphalia, which ended the Thirty Years War 380 years ago.

The usual quiet of the cobble stone streets will be disrupted this week when one of the world’s largest gatherings of foundations will take on a few questions of historical significance beyond the usual frame of a philanthropy conference.

The conference theme of ‘Education’ shows foundations working on every imaginable level and with a bewildering multitude of models and ideas – illustrating the key role of philanthropy in a pluralistic society.

However, the challenges to the role of foundations and the shrinking space for civil society internationally is beginning to shift attention from a traditionally domestic focus towards a more international outlook. The Bundesverband Deutscher Stiftungen (Association of German Foundations) has launched a unit dedicated to supporting members in connecting and working across borders. 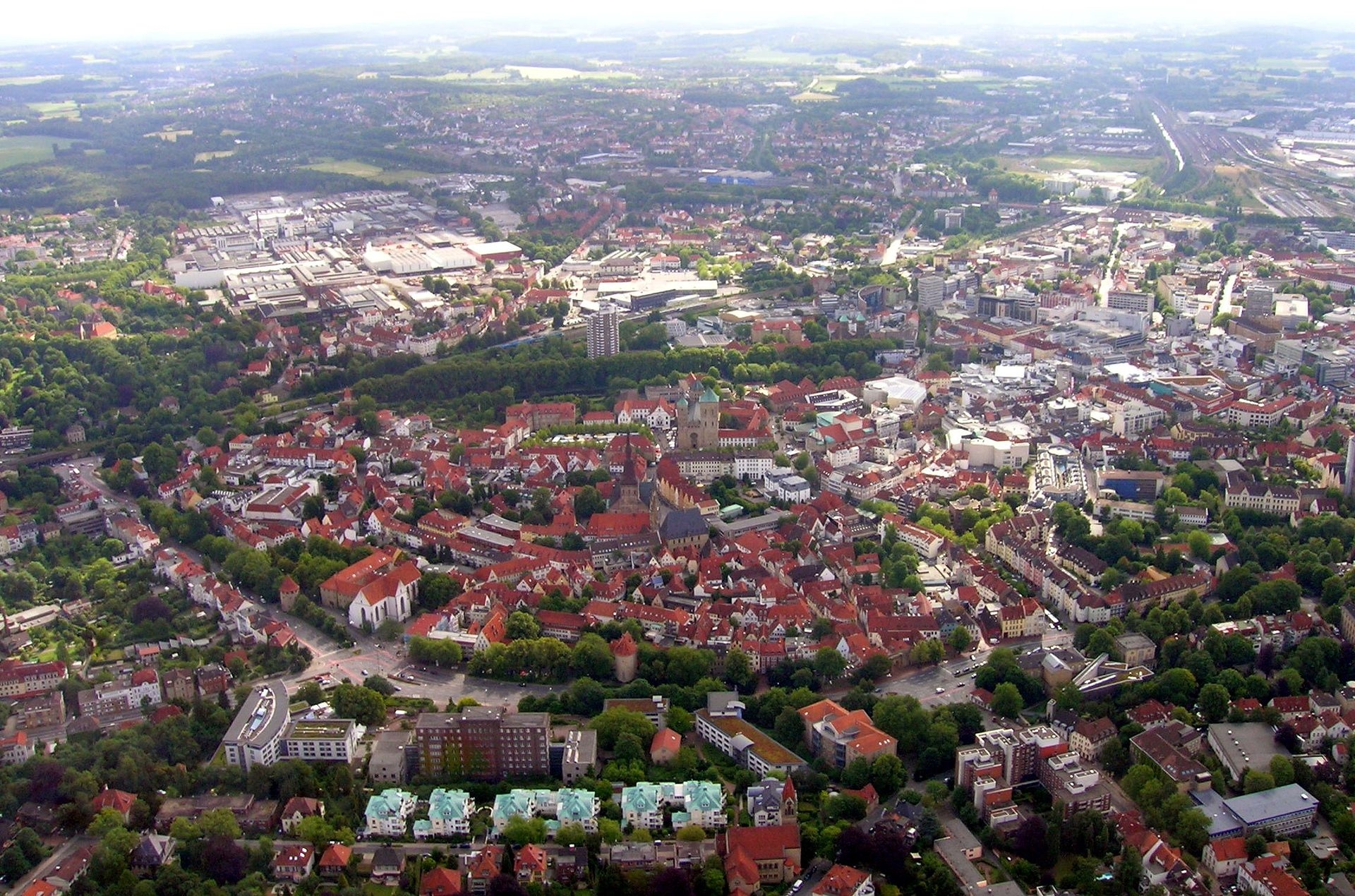 Osnabrueck from a distance.

For the moment, though, most foundations have another problem of historic dimensions to solve: Germany has over 22,000 foundations, most of them small, and many hit hard by the continuing low interest rate environment.

According to a recent survey by the Association, close to two thirds of smaller foundations expect their endowments to underperform the rising inflation rate in 2017. Some larger foundations on the other hand can benefit from booming stock markets and the rising value of real estate investments.

The Association has responded with a broad initiative demonstrating the role of endowments not only in generating financial returns, but in contributing to social and environmental impact strategies.

While this may sound much like the contemporary impact and mission investing discourse among leading US foundations, it actually finds its roots deep in German foundation history hundreds of years ago: Most very old foundations like the Fuggers have always been about social enterprise and social investing, and serve as modern role models combining impact and financial stability irrespective of the ups and downs of capital markets.

In parallel, the Association leads a lobbying effort towards giving foundations more flexibility and legal certainty in responding to the new environment. Philanthropists are increasingly creative in using a broader range of legal setups, including trading companies or sunset foundations, but often face rules and regulations designed for a standard model of endowment-based foundations.

The meeting in Osnabrueck shows a German foundation sector at a crossroads. Can it continue to travel the path of the boom years that saw the number of foundations double since 2000? Or will it need to renew its legal norms and philanthropic culture in order to increase impact and win the next generation?

Felix Oldenburg is Secretary General of the Association of German Foundations and a trustee of Alliance Publishing Trust.