German foundations on the brink of change 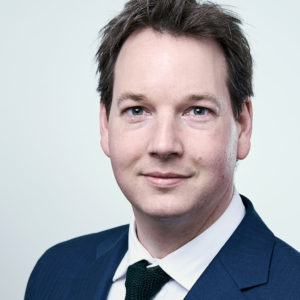 ‘In Germany, for-profit philanthropy is little understood, and most would consider it a contradiction.’

Felix, what are the three broad issues that will drive the German foundation and philanthropy sector in the next 10 years?
We have an unprecedented confluence of four factors driving change: the low interest new normal, a wave of digital transformation, the next generation taking charge, and a late, but fast, acceleration of globalisation of philanthropy.

Which topics do you expect philanthropy to focus on?
Philanthropy can think long term. The popular causes are stable: education and social issues have been and will remain on the top of the list for decades. Most existing foundations are tied to them but will explore new ways of doing things. However, we can already see a next generation of foundation leaders and philanthropists expanding into journalism and political activism. I also expect that we will see foundations committed to solving the problems of the digital age.

What is traditional philanthropy and how do you expect this to develop in the future?
What is “traditional”? Germany has foundations that are several hundred years old, and many look surprisingly modern. Foundations used to be social entrepreneurs, social holding companies and social investors. Some were even crowdfunding efforts. There is lots to learn about the future from the more distant past.

What role will philanthropy take?
I see philanthropists applying a broader toolset than ever before. Individual foundations, however, are often locked in to doing things the way they were set up or the way the regulator understands. I hope we can adapt the regulatory environment quickly enough.

Will German philanthropy be more nationally focused or also regional and global?
Much of philanthropy will continue to operate on a local level but informed by and connected to a global solution and collaboration space.

On an international level, we can observe an increase in the for-profit philanthropy approach. What implication does this have for the development of foundations and philanthropy in Germany?
In Germany, for-profit philanthropy is little understood, and most would consider it a contradiction. However, there is no doubt in my mind that institutional philanthropy will continue to move towards using the full spectrum of finance to help their ideas to achieve their full market potential.

Are there some development we are not yet aware of on an international level, but that you can see coming along in the future?
We tend to look at the top 20 but Germany has 22,000+ foundations, and the innovation typically happens at the edge. I would love to bring not only community foundations but also church foundations and governmental foundations into a more global conversation.

If people want to get informed about news and trends in philanthropy in Germany, where can they find this information?
stiftungen.org. Period.

This article originally appeared on Bundesverband Deutscher Stiftungen September 20 2018. You can view the original article here.

I am a Tanzanian disabled (paralyzed legs and walks with a crutch) former college management graduate, who have worked with public and private entities for more than fifteen years, thereafter, exhausted by the disability unfriendly environments both psychological and physical structural at formal employee/employer working structures, together with my spouse, we established a small-scale self-help farm by investing in land purchase at Soga Village, Coast Region; started farming and constructions of the now progressing farm house/poultry house building structures, planted now yielding commercial fruit trees, to proceed with growing of same commercial miscellaneous crops, raise commercial chickens (now keeping few for trials) for the local market and beyond. We are intending to add bee keeping, pawpaw, mushroom growing and fish keeping for the same market as we grow and expand. Being a disabled myself who originates and lives in the rural area, I know the survival pains that accompanies disability lives, I couldn’t help not to think of the traditionally long neglected and excluded from various social opportunities, people with disability colleagues, more as we applaud global development initiatives that aims to leave none behind in POVERTY and HUNGER, that is why together with my spouse we converted and formalized our initial self-help farm into the Barongo Evergreen Farm Investments (BEFi), a sustainable agribusiness social impact enterprise project remedy solution to the ‘disability poverty, sustainability and food challenges,’ of the traditionally long neglected and excluded from various social opportunities, people with disability colleagues, for us together to engage, contribute and participate productively through our organization’s humanitarian purposely made practical disability friendly operational participation facilitating opportunities. Striving, marrying our organization’s basic ground practical growing and raising of commercial nutritious healthy food products through adopting to simple, improved, reliable, low tech, affordable conservation farming, agriculture and simple clean technologies which maintains soil health, fertility and markets alongside sustainable financial return entrepreneurship values with our core humanitarian purposely made practical disability friendly operational participation facilitating opportunity social responsibility qualities by incorporating people with disabilities, male, female and older people (or from families with a disabled member) who can’t engage, contribute, participate and live productively on their own without humanitarian purposely made facilitating supports, started with the few of where our project is based. The above mentioned innovative practical agribusiness social impact enterprise project solution model is targeted to extend further and reach all Tanzania regions and beyond through collaboration or cooperation partnership approaches with other disability inclusion interested stakeholder parties and entities. Please do you have programs through which we can learn, share, collaborate or access other advantages and funding for our disability inclusion social impact enterprise project?