Pro Bono Economics (PBE), the charity that matches highly skilled economist volunteers with charities and social enterprises, has announced that Julia Grant, current CEO of Impetus-PEF, will be joining the Team in April as Chief Executive Officer. 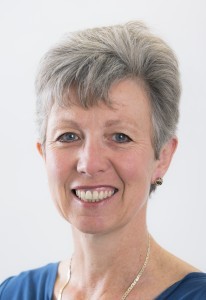 Julia has over ten years’ experience as a charity CEO and joined Impetus-PEF in 2011 as Portfolio Manager. Julia has been acting CEO since 2015 and has played a major role in the development and implementation of the Impetus-PEF strategy during and since the merger.

Previously, Julia led the scaling up of the National Gardens Scheme as CEO from 2004 to 2010 and before that was CEO at Surrey Community Action from 1999 to 2004. She has served on the Learning and Skills Council and is currently a member of the Arts and Humanities Funding Council (both ministerial appointments). She also sits on the Advisory Boards of Big Society Capital and Ashoka UK.

‘Pro Bono Economics is about to embark on an ambitious new strategy, deepening our support to charities and widening our policy horizons.  We needed a top-quality CEO to deliver this change programme. I am delighted to say that, in Julia, we have found one.  Everyone at Pro Bono Economics is tremendously excited about what lies in store.’

‘The challenge of how best to use scarce resources is the pressing concern of our day and for the charity sector the issue is particularly acute. Pro Bono Economics’ work at the heart of this issue is widely respected and I am excited to be leading them through a new period of growth.’