The Tom Snow & Brooke Horne Family Trust won Best Large Grant at the 2018 Philanthropy Australia awards for their marriage equality campaign. The award honours significant achievements in Australian grant-making in the last five years which may include design, funding and impact. 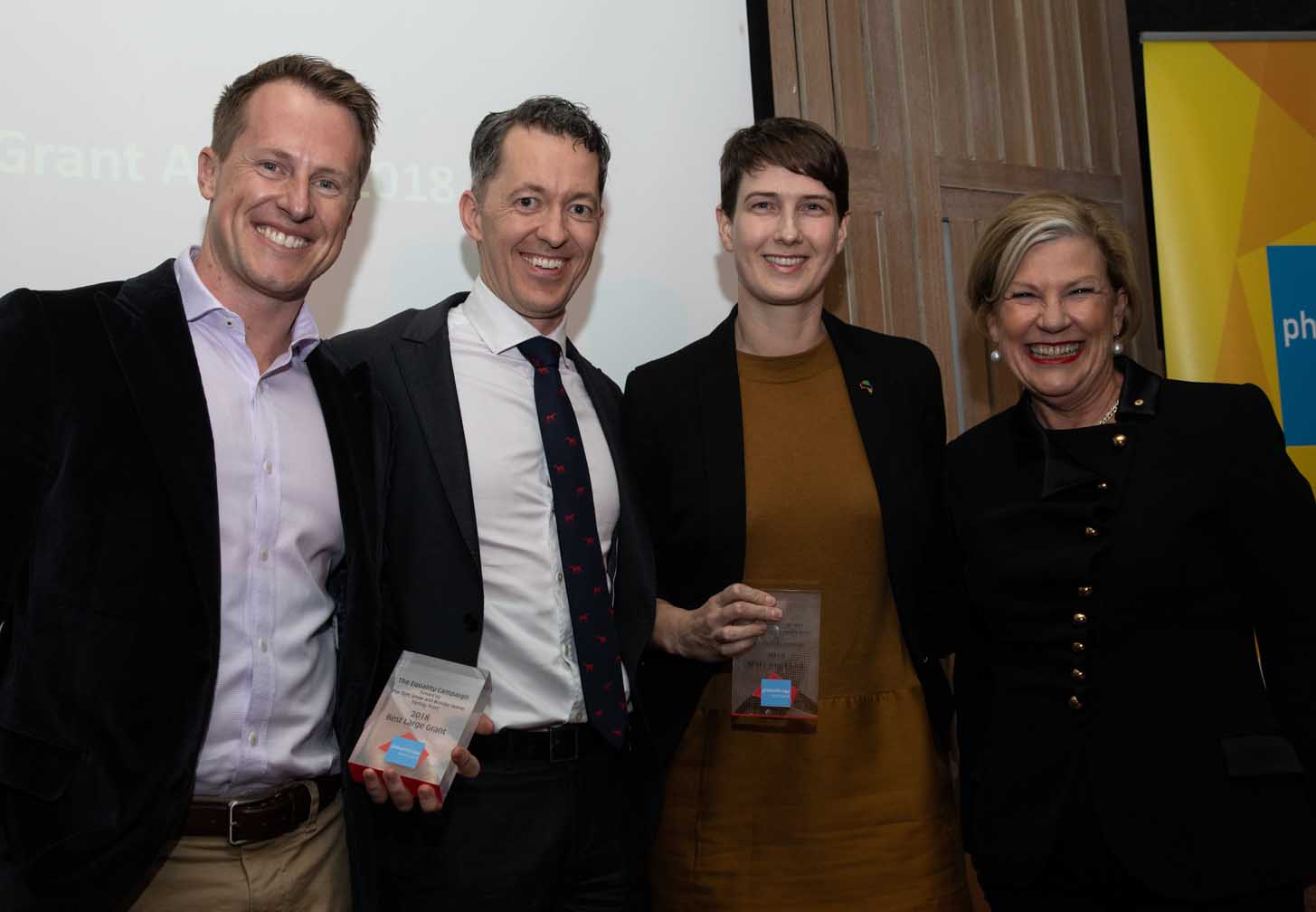 The Equality Campaign contributed to almost 62 per cent of Australians voting last November to legalise same-sex marriage. Their initial contribution led to nearly $20 million being raised by cash and in-kind donations for the ‘yes’ campaign[1].

‘This award is a huge honour that we share with every single person who donated money or time to achieve marriage equality,’ Mr Horne said.

‘The Equality Campaign was the result of significant philanthropic leadership that gave strength to the thousands of everyday Australians who were willing to stand up and push for fairness and equality.’

Now in their fourth year, the Australian Philanthropy Awards celebrate the impact and innovation of transformative philanthropy across seven categories. Award nominations are independently assessed by an expert judging panel with selection criteria encompassing transformation, innovation, commitment, courage and entrepreneurship. The reception was attended by 200 people and hosted by peak body Philanthropy Australia.