About Bhekinkosi Moyo
Bhekinkosi Moyo is executive director of the Southern Africa Trust and chair of the Africa Philanthropy Network. He has also been instrumental in setting up a Chair in African Philanthropy at the Witwatersrand Business School (WBS) in South Africa. Formerly he worked at TrustAfrica, where he helped to develop a pan‑African philanthropy portfolio. 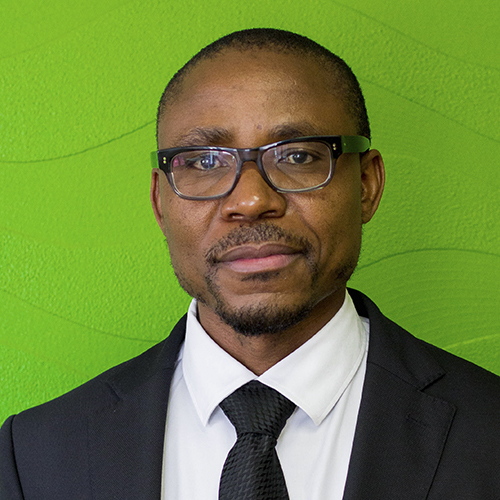 In a continent where philanthropy has long been marginalized, where very little infrastructure exists to support its development and there is little understanding of its role, he has consistently promoted African philanthropy locally and globally, and has led and supported efforts on both the practical and theoretical aspects of it.

In his own words…
“Though I only heard the term later on, I have been a recipient of philanthropy since I was very young – as it supported most of my education. When I heard Professor Kathleen McCarthy of the City University of New York talking about it when we shared a panel at an International Society for Third Sector (ISTR) conference in Cape Town in 2002, I realized that she was using the word to talk about the same things I was interested in – I wanted to promote what my people had always done but had not called philanthropy. I made a decision to research and promote it. So I’m a hybrid between academic research and development practice.

I also realized that not many groups were even thinking about philanthropy, yet it provided an opportunity to address many of Africa’s development challenges. Together with other African philanthropy leaders, I helped lead the establishment of the African Grantmakers Network – now the African Philanthropy Network.

I also used the ISTR network to expose African researchers to the global platform and introduce them to new ideas on philanthropy.

Since then, I have been involved in setting up the African Union Foundation – I now serve as one of its Council members. I have also led in establishing the Chair in African Philanthropy at WBS. My journey has just begun. We’ve tried to open some doors and now we need people to go through them.

What I’d like to be remembered for is the success of the Chair at WBS, which is the first of its kind in Africa. If I’ve learned any lesson, it’s that persistence is important.

Sometimes, progress has been slow. For a long time, it didn’t appear as if Africa had its own philanthropy, no matter how much we talked and wrote about it. But we kept pushing in the hope that one day people would understand that African philanthropy enjoys the same position as philanthropy in America and Europe, and that’s where we are now. Another frustration is the legal environment.

In the entire continent, only Mauritius has a clear legal framework for philanthropy, especially foundations.

This is an area where I’d want to work with others and with governments to create conditions for philanthropy to thrive. The opportunity is there because governments now have an interest in philanthropy, so I think we have the leverage to ask them to provide an enabling environment. I’m working with some governments at the moment to develop strategies on how to work with philanthropy.

If that’s successful, we will take it to a continental level. Another thing I want to look at is how African philanthropy can become a resource for sustaining civil society on the continent, rather than depending on international funders, and that has to start with the energy that connects communities.

The biggest challenge is overcoming existing mindsets. Anything is possible, but if you don’t confront the narratives that disempower a discipline or a practical approach, you can’t do anything. At a personal level I have learned that restructuring institutions and making them into entities that respond to current realities is one of the biggest challenges.

It means getting new resources and new skills and perhaps shedding old ones – and realizing that change causes discomfort. I can’t overstate the importance of community philanthropy. It’s the basis for other forms of philanthropy and the basis for societies to transform themselves.’