The National Council for Voluntary Organisations’ (NCVO) 2017 UK Civil Society Almanac provides us with some interesting perspectives on the trends seen throughout the philanthropic community in the past several months. As we enter the final quarter of this year, it is important to take a moment to look at these trends and patterns.

The voluntary sector is wide and diverse in terms of contributors to the sector’s development. The largest businesses make up a large percentage of the sector’s overall income, despite only being few in number. 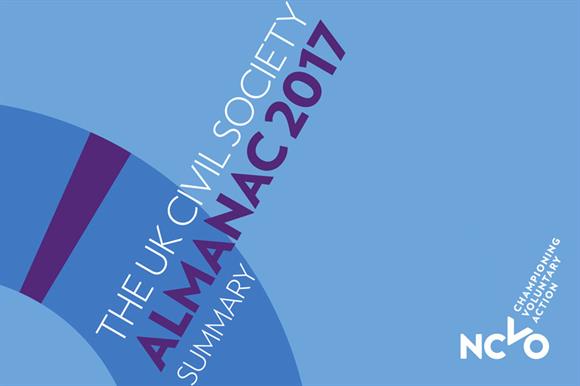 Of the £45 billion of income within the sector over the year, £20.6bn was raised by individuals and an additional £15.3 billion pounds generated by government sources, leaving the remaining £9.7 billion comprised of contributions from the private and voluntary sectors and investments.

Within the voluntary sector, organizations have made significant charitable spendings in the past year, totalling upwards of £43 billion.

Of this spending, £30.2 billion was utilized by organizations to accomplish goals within their respective sectors, and an additional £6.4bn on creating grants for other organizations within the voluntary sector. This makes it clear that the vast majority of spending was focused on charitable activities and grant making.

So where is all of this money going? The highest overall spending this year was based in social services, culture and recreation, and health, conversely, the highest average spending were in the research, international, and health subsectors. This means that, while social services received the largest amount of money of any overall sub-sector, research organizations received their funding in larger amounts than organizations in any other sub-sector.

General spending within the voluntary sector has been increasing since 2000, and that trend is shown to continue in the latest edition of the almanac, reaching a total of £29.7 billion. Of that spending, a total of £9.7 billion was dedicated to grants within the social services sector, £5.1 billion to culture and recreation, and £4.6 billion to the health sector. This is indicative of a larger overall trend for spending in these areas and growth within these sectors.