New CEO of Big Society Capital is Cliff Prior

Big Society Capital has announced that Cliff Prior will be its new Chief Executive Officer. Cliff joins following a career spanning the charity, social enterprise and community sectors. Most recently he was CEO of UnLtd where over the last nine years he played a pivotal role in growing support for social entrepreneurship and helping hundreds of organisations to become investment ready. Before UnLtd, Cliff was CEO of Rethink, the charity for people affected by severe mental illness – both a membership based campaigning and fundraising charity, and a major provider of mental health services to the NHS and local authorities. His background also includes social housing and R&D charities.
Cliff Prior said: 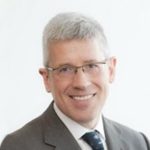 ‘Nick and the team have done a truly excellent job in building Big Society Capital, developing the intermediary sector, finding the social themes where investment can add value and getting funds committed for social benefit. It’s a real privilege to have the opportunity to use that capacity to accelerate the next stage in the journey: working with charities and social enterprises to find the areas where social investment can really make the difference, strengthening their work and achieving the social impact we all want to see.’

Cliff takes over from Big Society Capital’s Founding CEO Nick O’Donohoe who announced he would be stepping down earlier this year. To-date Big Society Capital has signed £246 million of investment in a variety of social investment funds, social banks, charity bonds and supporting organisations. Other key initiatives have included the Business Impact Challenge, which will announce its winner later this year, support for the introduction and uptake of Social Investment Tax Relief, and the development of Access – the Foundation for Social Investment, launched earlier this year to make smaller size investments.