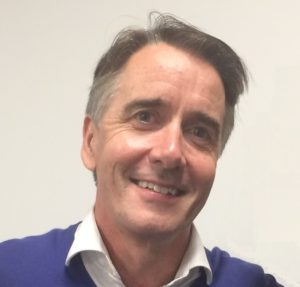 Vaughan comes to NPC from Leapfrog Investments, an impact investor, investing in companies that meet the needs of low-income emerging consumers in Africa and Asia.

Vaughan Lindsay said; ‘I’m delighted to be joining NPC. I think the sector need the independent voice and thinking that NPC provides and I’m excited to be joining an organisation that clearly has a huge amount of impact across the sector. In some ways though, they have only just got started. There is much more than can be achieved and needs to be achieved for the sector to deliver the impact it needs to have, to solve some of the intractable issues we see in society today. ‘

Prior to that Vaughan had a career in the domestic social sector. He was CEO of the Dartington Hall Trust, Deputy Chief Executive of the NCVO, Deputy Director of Shelter NCVO. As well as these roles Vaughan has also enjoyed a distinguished career in the private sector, including as an Associate Principal at Mckinsey and Co, and at Procter and Gamble.

Vaughan will take up the role in the new year. On the appointment, NPC CEO, Dan Corry said; ‘I am very much looking forward to working with Vaughan as we take NPC forward to its next chapter in trying to help the sector do as much social good as it can. Thanks to Richard for a great 6 years which I have enjoyed enormously.’