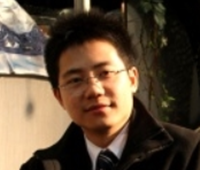 I joined the Nexus community in 2012, when I attended both the China and the global summits. I find Nexus an open and vibrant platform for young people to share and engage. You can freely discuss social and environmental issues you care about as well as what you think, what you’ve done or what you want to do. Many good ideas are inspired by, and emerge from, such platforms.

I attended this year’s China Summit, held 7-9 December in Beijing, and it struck me what a lot of progress Nexus China has made since the first summit just a year ago, and how much the discussions have evolved from being more theoretical to more concrete, with a focus on sharing and collaboration. Through Nexus one meets so many interesting young social entrepreneurs who are changing the world.

For me one particular meeting last spring has had far-reaching consequences. After receiving a Master’s degree from New York University in 2010 and working as an investment banking analyst in New York City for six months, I returned home to China to become the CEO of Hansilk, the new high-end silk brand of my family business, Silk Road Group. Despite the economic downturn and challenges in the domestic consumer market, I have successfully developed the brand over the past few years.

Through Nexus, I came across a social business called Shengshi Miao Embroideries. They focus on the development of low-income ethnic minority communities in Guizhou Province (the poorest province in China) by helping to maintain the traditional culture and handicrafts of the Miao tribe. I was deeply inspired that both our companies work hard to preserve our national treasures, silk and traditional handicrafts respectively. As one of the few remaining silk manufacturers in China that focuses on quality, design, innovation and long-term development of this traditional industry, I saw a great opportunity for us to work together.

Over the past several months, we have created several Miao silk handicrafts including Miao silk scarves and Miao silk bags. We believe that traditional arts can work together with businesses and create even more fascinating national treasures. Even if this is not considered traditional philanthropy, I believe it is a good model of social change as incorporating them in my corporate supply chain can help the social business develop in a more sustainable manner.

My family also practises more traditional philanthropy. My father remembers what it is like to have been a factory worker himself so ten years ago he established a philanthropic fund within the company to help vulnerable employees, to which he is the leading contributor. The fund has helped thousands of the company’s manufacturing workers each year and contributed to society through donations to the 2004 Indonesian tsunami and 2008 Sichuan earthquake.

Since I joined the management team, I have continued to support this fund. The world is big and we don’t really understand the needs of others. But this is not the case for my employees: I know their families and their needs. So, with only limited funds to donate, why not help the people whose hard work is the basis of our family fortune? I believe that philanthropy should focus on those who are close to us. With my company’s philanthropic fund, I believe that we give just a little but receive a lot in return. The workers’ commitment to the company has enabled Hansilk to maintain its high standard of quality.

Nexus is truly an amazing community in which synergies such as I have described are happening every day. I believe that Nexus China will continue to develop and be even better in the future.

Charles Ling is CEO of Hansilk.

This is the first of three posts from the China Nexus meeting held in Beijing on 7th-9th December 2013, giving three different perspectives, that of the next gen philanthropist, the social entrepreneur and the organizer. The other two posts will follow on the 14th and 15th January 2014.