Philanthropic action on climate has been too slow – is the rise of green intermediaries the answer?

The UN Intergovernmental Panel on Climate Change (IPCC) issued a profoundly alarming warning last month: human activities are altering the climate in unprecedented and irreversible ways. As the planet continues to warm, we face more devastating heatwaves, floods and droughts and are at risk of breaching the critical temperature threshold of 1.5C, scientists warned.

Tackling the climate crisis and averting catastrophe requires rapid emissions cuts and trillions of dollars of investment. The IPCC said in 2018 that $1.6 to $3.8 trillion investments in low-carbon energy supply were needed annually to be compatible with a 1.5C global warming limit.

Philanthropists can play a pivotal role in accelerating decarbonisation and protecting the planet. In recent years, as the climate debate has gained momentum, environmental philanthropy has also grown.

In 2019, there was a ‘huge shift in public consciousness around climate’, partly driven by the Extinction Rebellion protests, the rise of youth climate activists, such as Greta Thunberg, and David Attenborough documentaries, said Florence Miller, director of the UK-based Environmental Funders’ Network. This has resulted in ‘a massive uptick in the amounts of money and funders’ focusing on climate, according to Miller.

The total value of environmental grants by 77 European increased by 15 per cent between 2016 and 2018, according to a recent report by the European Foundation Centre (EF).

The increase in environmental philanthropy is driven by a growing awareness that ‘there is a climate emergency and that money spent today is more valuable than money spent tomorrow,’ said Sonia Medina, head of climate change at the Children’s Investment Fund Foundation (CIFF).

The foundation has grown its climate portfolio from $5 million in 2010 to over $150 million in 2020, with climate projects now making up almost half of CIFF’s investments. CIFFs total endowment in 2020 was valued at $6 billion, and its annual spend of $344 million in grantmaking amounted to almost six per cent of its endowment value.

‘If the climate crisis is not diverted, we will see an undoing of the improvements we have made on child protection and health,’ said Medina. 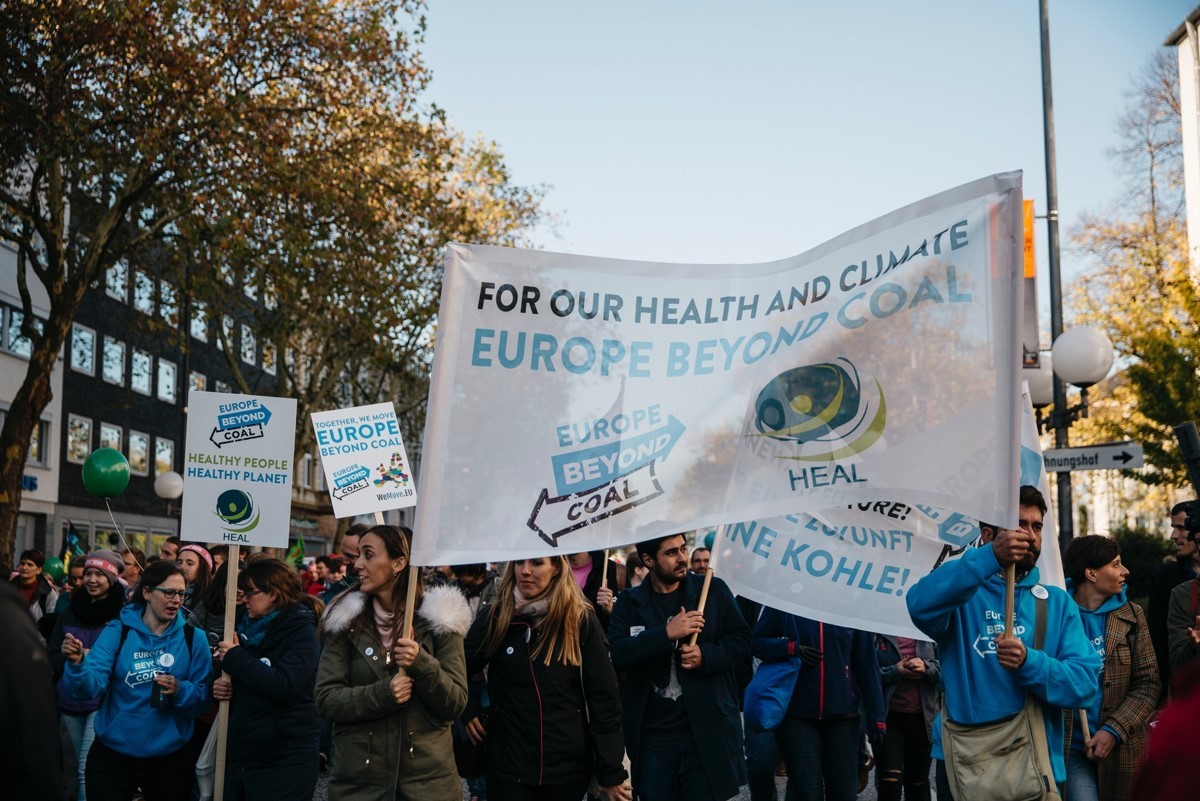 Despite the increase in climate funding, these grants still only make up a tiny amount of total philanthropy. Less than 2 per cent of global philanthropy is dedicated to climate change mitigation, according to a report by ClimateWorks. It is estimated that just 0.1 per cent of climate finance comes from philanthropic funding.

‘It is really alarming how the failure to address climate change is likely to undermine many objectives which foundations care about,’ said Jon Cracknell, author of the EFC report and founder of the Hour is Late, a consultancy that advises philanthropists.

‘There is strong public support for action, and yet philanthropy is a sector that seems to not really be picking up the challenge,’ said Cracknell.

He offered a few reasons for this: climate change is a complex issue and can feel intractable for new funders; there is a general assumption that governments will lead the way; and it’s politically challenging, especially with certain strong institutions trying to slow down the action.

Climate philanthropy is overdependent on a couple of big players. There is a serious and urgent need for new philanthropists to step up.

And of course, foundations already have numerous established programmes and grantee relationships – for funders reviewing a consistent grantmaking budget year on year, funders can be reluctant to shut down those programmes in order to start funding climate.

But, Cracknell added, the steady growth in giving in recent years is ‘encouraging.’

The increase in environmental philanthropy coincides with the growth of strategic grantmakers, such as the European Climate Foundation (ECF) and African Climate Foundation (ACF). These foundations act as important intermediaries, connecting large funders to policy-makers, grassroots organisations and campaigners who are working on the ground to advance solutions focused on decarbonisation and climate justice.

There are many reasons why funders and large foundations would choose to channel their money through intermediaries instead of directly funding grantees.

It is much more efficient, cuts down on bureaucracy and allows funders to focus on a wide range of solutions, said Miller. ‘You don’t want all your eggs in one basket.’

As a large foundation ‘you don’t want to manage and track hundreds of small bespoke grants,’ said Cracknell. ‘It is really helpful to have [an organisation] take care of the due diligence.’

With strategic grantmakers, you are getting skilled people on the ground and a collaborative network that can go to scale quickly and effectively, said Ida Kenny Le Duc, executive director of strategic partnerships at ECF.

Building bridges in Europe and Africa

ECF was founded in 2008 with the aim of mobilising public and political support for climate solutions, in particular those aimed at creating zero emissions societies.

Since 2017 the foundation has been led by Laurence Tubiana, one of the key architects of the Paris Agreement.

Under Tubiana’s leadership, ECF has grown significantly. In the past three years ECF has more than doubled its budget to €132.3 million, with 80 per cent of it coming from 20 per cent of the foundation’s top funders, which include CIFF and the Ikea Foundation, said Kenny Le Duc. When Donald Trump became president in 2017, US funders also pivoted to funding climate projects in Europe, she said.

Tubiana and Kate Hampton, head of CIFF, ‘share some of the highest levels of ambition,’ according to Nigel Topping, the UK’s high-level climate action champion. ‘They have been able to support me to go much faster and they’re able to support all sorts of policy thinking and engagement in different countries and sectors.’

As a large foundation you don’t want to manage and track hundreds of small bespoke grants. It is really helpful to have [an organisation] take care of the due diligence.

This year ECF has played a pivotal role in helping secure Europe’s ‘Fit for 55’ legislation package, which was adopted in July and outlines how the EU should reach its legally binding target of slashing emissions by 55 per cent by 2030, compared to 1990 levels. This involved advising on policy proposals and working with grassroots organisations to ensure that countries were prepared for these policies, according to Kenny Le Duc. 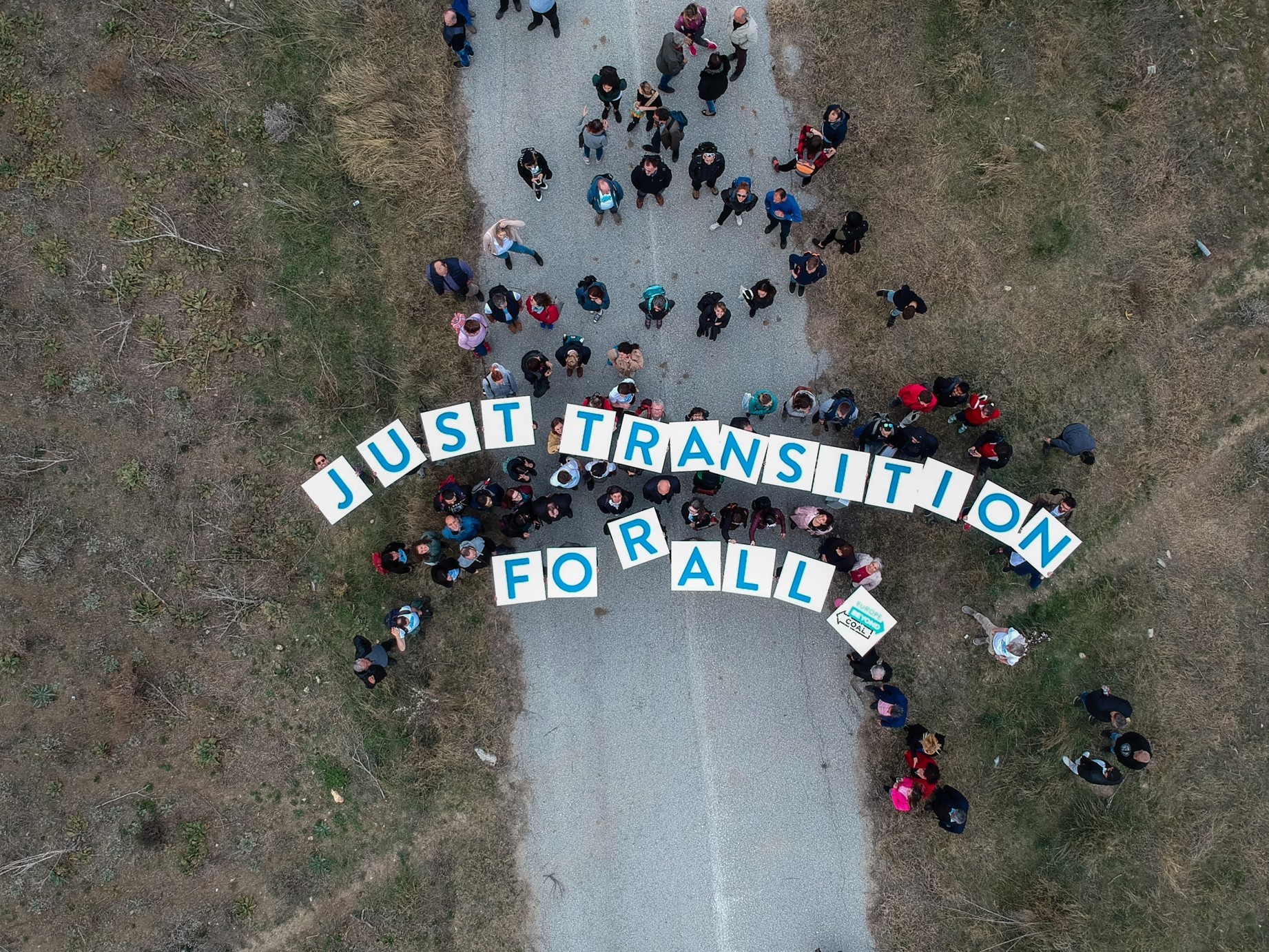 ‘The vast majority of our work focuses on building broad societal acceptance and buy-in for change, as well as creating the political space for elected officials to introduce climate policies,’ she said.

ECF has also supported anti-coal campaigns throughout Europe, working closely with campaigners and policymakers in heavily coal-dependent countries such as Poland.

‘We are focused on building new bridges to communities across Europe who are at risk of being left behind,’ said Kenny Le Duc. ‘We are taking examples of what has worked in the UK and Germany and adapting it to countries in southern and eastern Europe.’

The African Climate Foundation (ACF) is one of the youngest grantmakers. Founded in April 2020, ACF aims to accelerate decarbonisation across the continent, while ensuring a just transition for countries that are heavily reliant on fossil fuels.

This mindset fits with the current political landscape where net-zero targets are forcing governments to take climate issues ‘out of the environment domain and view them as broader economic and development issues,’ he said.

Since launching, ACF has focused its attention on fossil fuel hubs across Africa, including Kenya, Mozambique and South Africa. The aim is to help these countries transition to renewable energy, which will slash emissions but also increase access to electricity and clean cooking.

This in turn improves education and public health in these countries and helps boost the economy, said Fakir. ‘Here every dollar we spend on renewables has multiple economic benefits.’

Climate justice lies at the heart of ACF’s mission. It is critical that decarbonisation is not perceived as an injustice, said Fakir. Decommissioning coal plants in South Africa will destroy people’s jobs and livelihoods and therefore it is important that the increase in electrification and renewables creates a just and inclusive economy, he said. ‘A just transition is combining the mitigation ambition with a sensitivity around jobs.’

Large philanthropic foundations and strategic grantmakers have a very close, collaborative relationship. ‘We don’t win if we don’t pool our resources,’ said Medina.

CIFF was instrumental in launching ACF last year and sits on the foundation’s board. ‘CIFF supports us and gives us the autonomy to engage with issues in an organic way. They have a strong belief that local issues should be run by locals,’ said Fakir.

‘Big foundations, such as CIFF, have allowed [strategic regranters] to flourish in a very competitive, innovative environment without having to straitjacket them in one organisational approach,’ he said, adding that the partnership is built on freedom and flexibility.

Medina said CIFF hopes to give grantmakers such as ACF the opportunity to ‘dream big and be more ambitious with their climate plans’ by providing them with long-term funding and strategic support. ‘I want them to become a very powerful force for good on the continent,’ she said.

Over 40 per cent of funds dispersed by CIFF in 2020 supported strategic grantmakers.

‘They are our coordinators and orchestrators,’ said Medina. ‘They really understand the political opportunities and have the widest toolbox available.’ In partnership with ECF, CIFF launched a citizen’s assembly in France which criticised the government’s existing climate targets and pushed for higher ambition.

Philanthropists turn to strategic grantmakers, such as ACF, because they operate with speed, agility and contextual understanding, which enables impactful and ambitious giving, according to Fakir. ‘That is the real power of this model. We don’t have time for bureaucracy because everyday things are changing,’ he said.

The large foundations are highly involved, without ‘micromanaging’ the grants, said Kenny Le Duc. ‘Our relationships are very close and trusting.’ 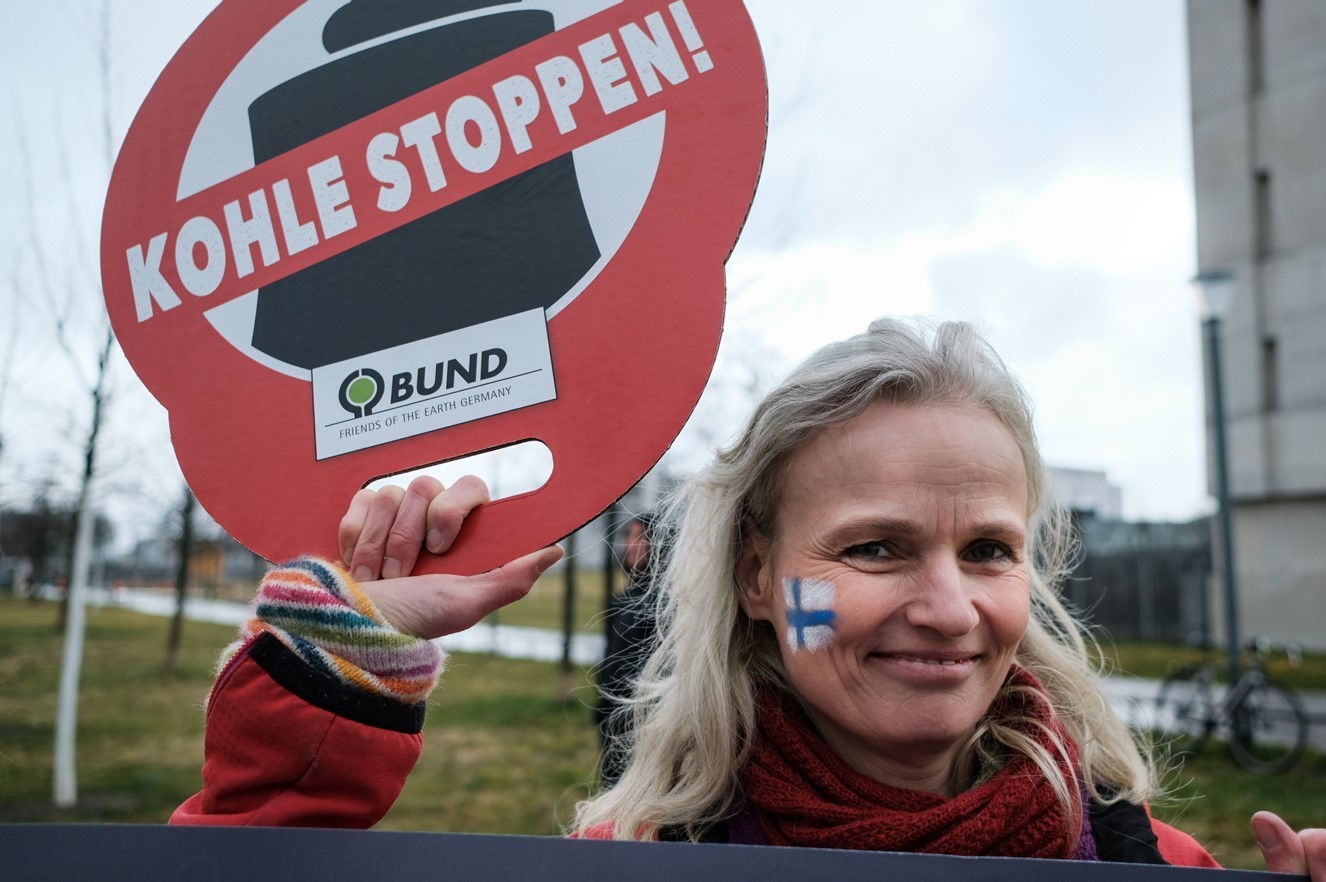 UN Secretary-General Antonio Guterres has said much more funding is needed to help developing countries adapt to devastating floods, droughts and other impacts of the climate crisis.

But adaptation does not feature high on the agenda for most foundations and strategic grantmakers. Their main goal is decarbonising economies and mitigating carbon emissions.

‘The scale of the adaptation challenge is way outside the remit of the biggest foundations,’ said Cracknell. ‘We will never have enough funding to adapt to climate impacts. We need to head off the worst impacts by decarbonising our societies as fast as we can.’

‘Mitigation is our primary focus,’ said Medina. ‘Focusing on adaptation won’t reduce emissions and it won’t bend the temperature curve.’

We don’t win if we don’t pool our resources

But this may start to change in upcoming years as ‘climate chaos rolls out before our eyes,’ said Kenny Le Duc. This shift is already taking place as wildfires are devastating countries in southern Europe and extreme flooding led to hundreds of deaths in Germany.

‘There is now a move towards also incorporating adaptation and resilience into our strategies. We can’t avoid it,’ said Kenny Le Duc.

Despite the ever-growing threat of the climate crisis, the increase in environmental philanthropy remains slow. The coronavirus pandemic has diverted funds to initiatives focusing on health, said Fakir. But he is confident that more resources will be made available next year as the integration of environmental and economic issues becomes more apparent.

‘Climate philanthropy is overdependent on a couple of big players,’ said Kenny Le Duc. ‘There is a serious and urgent need for new philanthropists to step up.’

Isabelle Gerretsen is a freelance journalist based in London who covers climate and environmental issues for a wide range of news outlets including Climate Home News, the BBC and CNN International.