Philanthropy begins to face up to climate injustice

GLASGOW – A coalition of foundations and activists are seeking to put adaption to loss and damage – negative climate impacts facing countries, communities and ecosystems – more squarely on the philanthropy agenda. 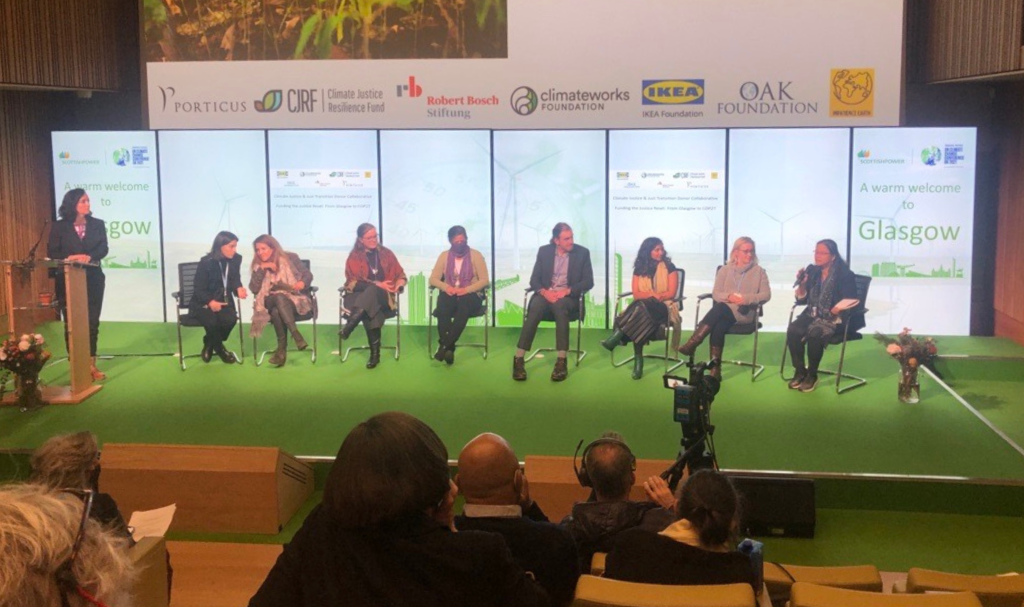 Foundation professionals and activists called on their peers to make climate justice a more central plank of philanthropic strategy.

The Climate Justice-Just Transition Donor Collaborative, backed by funders including Porticus, Oak, Bosch and Ikea Foundations, has called for at least $1 billion in philanthropic funding to address the injustice already facing poorer nations and communities.

The call was made by Farhana Yamin, the coordinator of the Climate Justice-Just Transition Donor Collaborative, at the end of series of panels at the headquarters of Scottish Power on 3 November just a few minutes walk from the centre of climate negotiations at the COP26 ‘blue zone’.

At the event, loss and damage expert Dr Saleemal Huq, who has attended all 26 UN COPs, urged funders to shift their focus to fight the growing experiences of climate injustice today alongside efforts to mitigate the future effects of climate change. Dr Huq advised funders to support loss and damage funds established by governments and philanthropies. His call came in the same week that the Scottish Government announced a £1 million commitment to Climate Justice Resilience Fund’s initiative on loss and damage.

During the event, foundation professionals and activists made the case for climate justice to be a more central plank of philanthropic strategy.

Speaking at the event, The Children’s Investment Fund CEO, Kate Hampton, which has pioneered efforts to hold governments and companies to account through strategic climate litigation, also emphasised the need for foundations to diversify the own staff teams. Hampton encouraged foundations to be humble and recognise their own privilege saying that foundation directors like her, who worked for billionaires, were ‘the elephant in the room’. 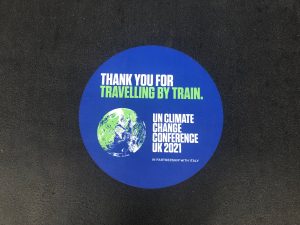 Another elephant in the climate justice room was the presence of the Bezos Earth Fund. Opinion appeared divided about the potential of the $10 billion Fund to pursue social justice in light of Bezos’s reported labour practices at Amazon and commercial interests in fossil fuel intensive space exploration.

Speaking on the panel, the Bezos Earth Fund’s Carole Excell promised ‘dialogue’ both with other funders and the environmental justice movement, and emphasised the need for ‘care and due diligence’ when making funding decisions. One prominent funder at the event welcomed the Bezos presence telling Alliance ‘there should be no litmus test’ on who gets to fund climate justice issues given that more money is needed to address huge needs.

At the same event, the Hewlett Foundation backed and Silicon Valley based Climate Leadership Initiative emphasised the opportunity for more progress on climate justice. Athena Ballesteros of CLI expressed optimism for more justice-focused funding observing that ‘grassroots campaigners are now in positions of power’ in large foundations and climate intermediary and regranting funds.

The IKEA Foundation’s climate lead Liz McKeon also struck a note of optimism saying that she hoped that a climate deal would emerge ‘worthy of the most forgotten and accepted by the most powerful’.

That approach was praised Kevin Currey of the Ford Foundation, who yesterday made a $100 million commitment to indigenous communities, saying that Global Greengrants are one of the climate intermediaries ‘who are doing things right’ by rooting its funding in the needs of local communities.